We arrived in Harbin yesterday afternoon about 5 o’clock. It took us three days to get here from Pogranichnyy, but that was much faster than George Schuster and the Thomas Flyer — they took seven days and their adventure made ours seem pedestrian.

The Thomas Flyer left Pogranichnyy on June 3, but after about 15 miles of driving over the Trans-Siberian Railroad track, the driving gear was stripped. Schuster hiked back to Pogranichnyy and caught a train to Harbin to get spare parts. In the meantime, the other members of the U.S. team camped out with the car for three days. After repairs, the Flyer arrived in Harbin on June 9.

Click NYT_19080605 to read the New York Times article about their ordeal.

We left Suifenhe about 10 a.m. and headed through town toward the G10 expressway that would take us all the way to Harbin. I was driving in the lead car with Sim, our guide, and as we approached the toll booth at the expressway entrance, a police officer stepped into the road and waved us over. He asked for my passport, looked it over and then handed it back. He and two other nearby police walked back to the Roadster, and in the rearview mirror I saw them smile and pull out their cell phones to take pictures. John later told me that when the police reached his car, they came to attention and saluted him!

We stopped for gas at a service area after driving for about an hour, and then had lunch and refueled again at another service area about two hours later. The food was delicious, but the portions were huge — next time we’ll just order two dishes and share them! 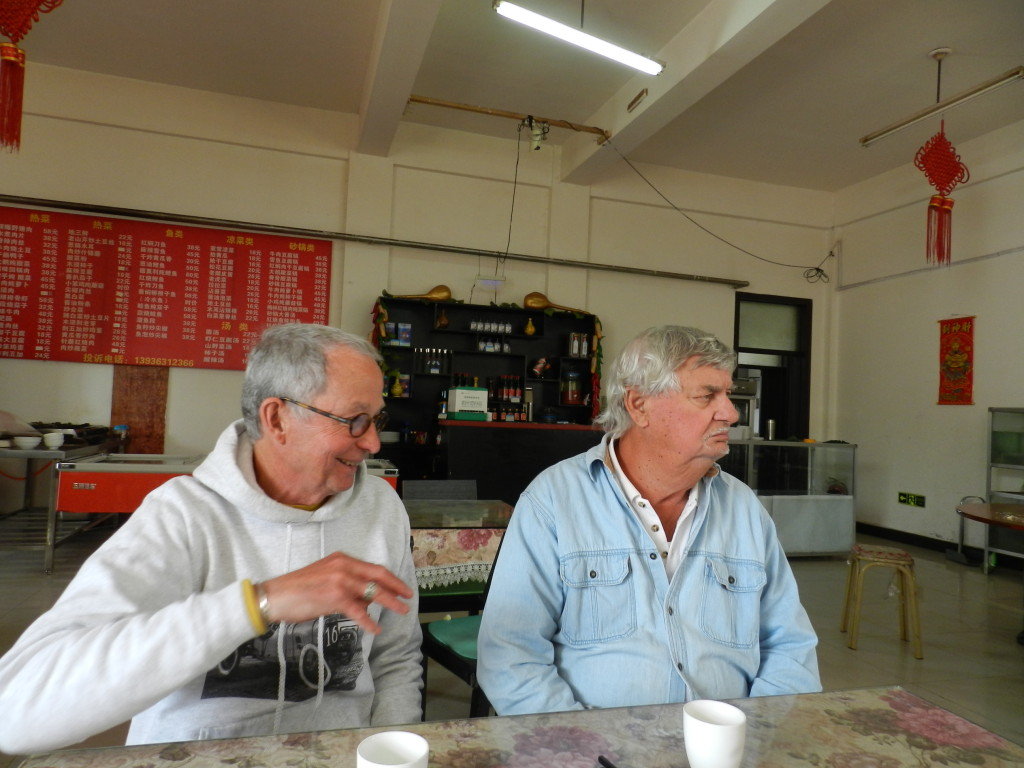 Lunch on the road in China (Eileen Bjorkman photo)

I had planned to drive for about 200 km before stopping again, but through a miscommunication over the walkie-talkies, we thought the Roadster was in a dire fuel situation so we took the next exit that looked like it might have gas. Sim asked the toll booth attendant for the nearest fuel station, and he told us it was one kilometer up the road. About 50 yards after the toll booth, the road turned into a rutted dirt road that we followed (very slowly) into a village. We passed farmers tending rice paddies and multiple people on bicycles and scooters pulling wagons piled high with tools, food, and goods to sell. The gas station was located on the edge of town, and a small police van sat across the street from it.

We pulled into the gas station and curious townspeople, including the two young police officers in the van, flocked to the Roadster. 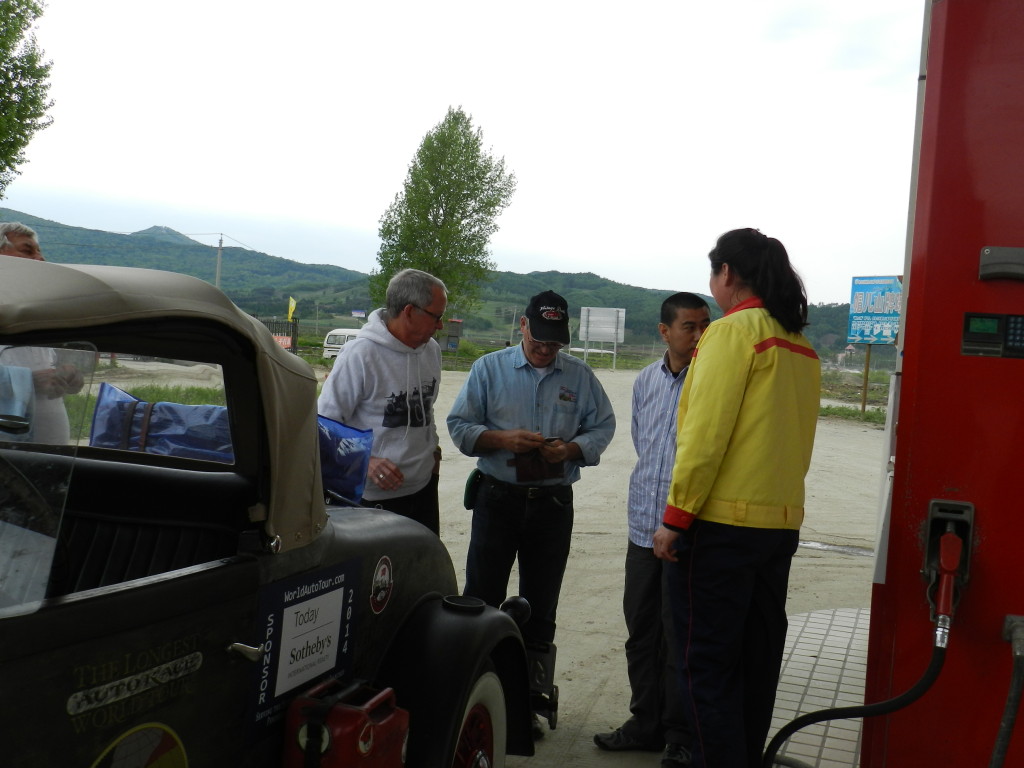 Small town where we stopped for gas (Eileen Bjorkman photo)

After getting gas, we bounced our way back to the expressway and continued non-stop to Harbin. Although we had encountered little traffic on the drive over, the traffic in Harbin was the worst I’ve ever driven in (and I’ve driven in Los Angeles and Washington, DC). 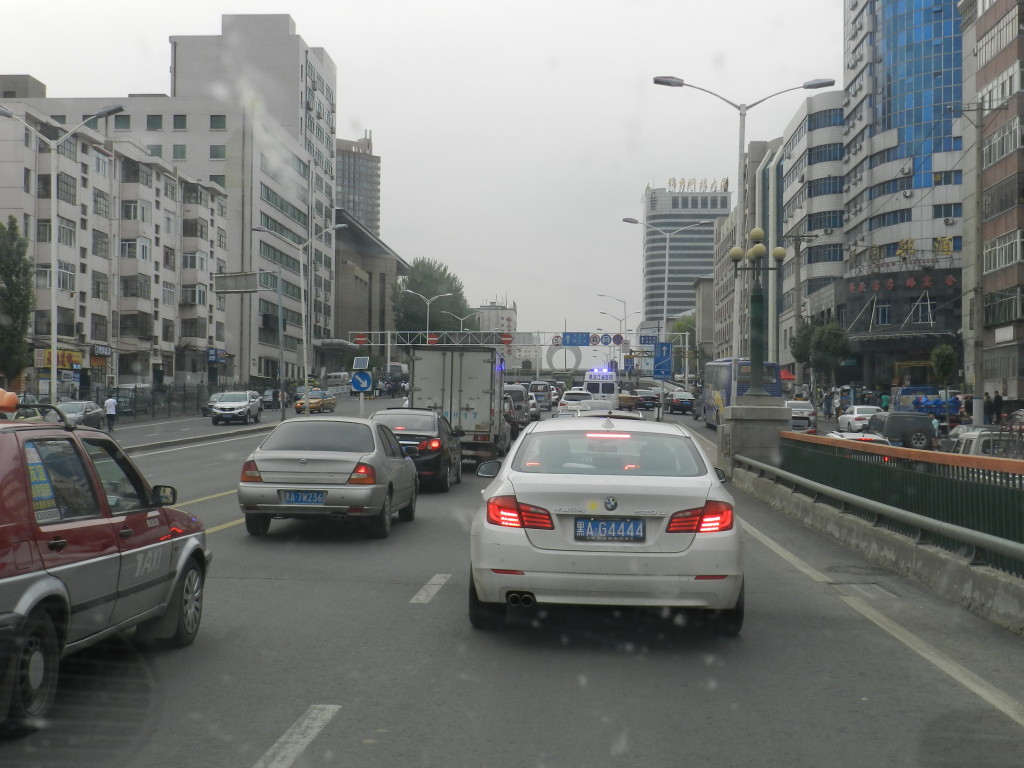 But Sim had his GPS and he gave me great instructions on how to deal with the traffic, which mostly consisted of him saying, “Keep moving, keep moving,” and me saying, “I’m afraid I’m going to kill someone.” After making only one wrong turn, we found the hotel, but there was no entryway, so I just pulled onto the sidewalk (after all, just about every other car on the block was on the sidewalk already). Sim negotiated with the hotel parking attendant (I use that term loosely here) and the Roadster wound up on the sidewalk out front and I moved the Envoy to a spot on a side street, which involved driving the wrong way down a one-way street, but no one seemed to notice, given the prevailing chaos.

Here’s the view from my hotel room:

View from the hotel room in Harbin (Eileen Bjorkman photo)

Later that evening, John had to move the Roadster to a more secure location because the crowds were causing too much of a distraction for the hotel management!

This morning, we took a tour of Harbin, which included a walk down the central street, called Zhong Yang, where we saw interesting sculptures, 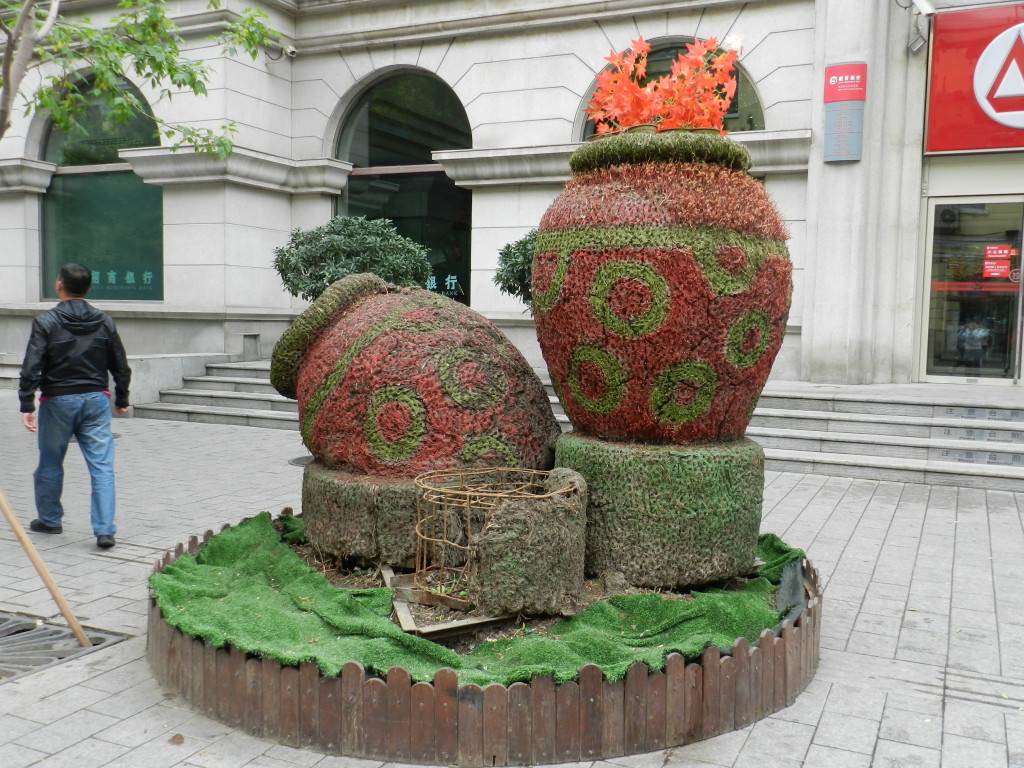 all sorts of goodies to eat, 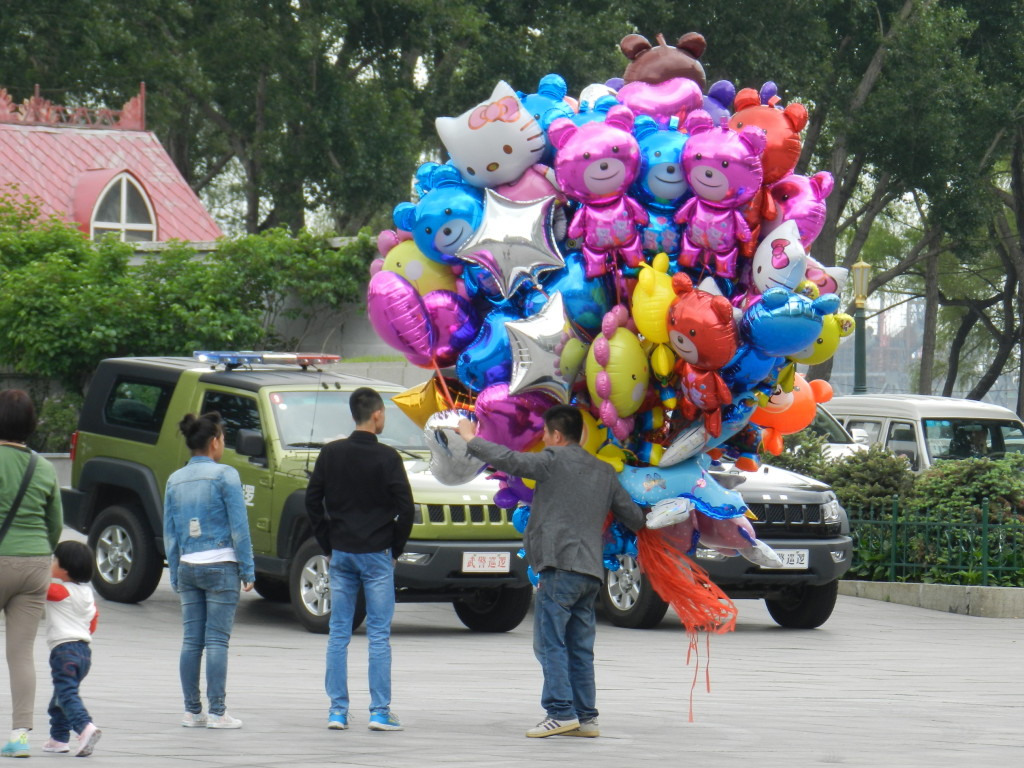 a memorial to the victims of floods from the Songhua River over the years, 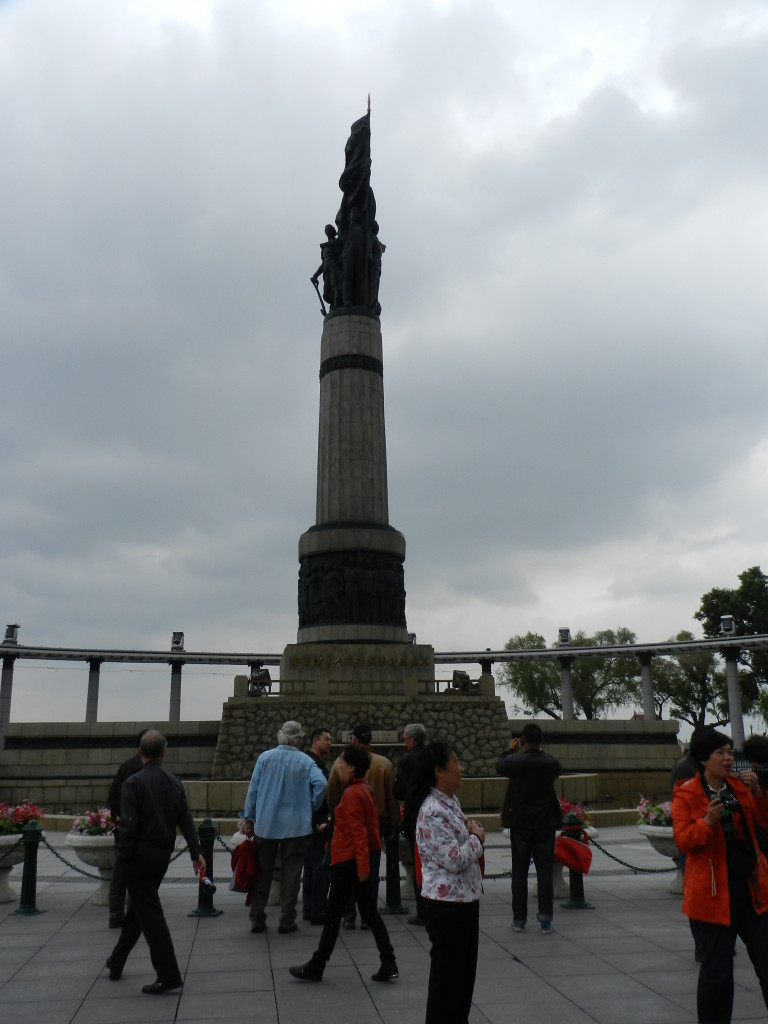 boats on the river, including one that looked like a crew team, 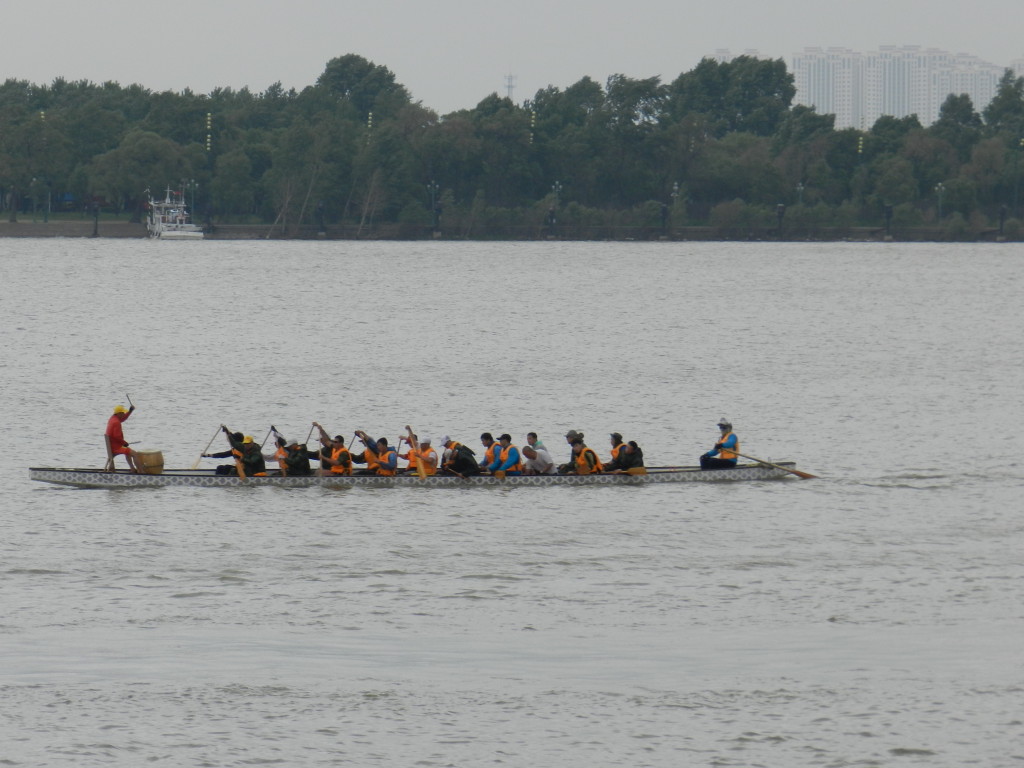 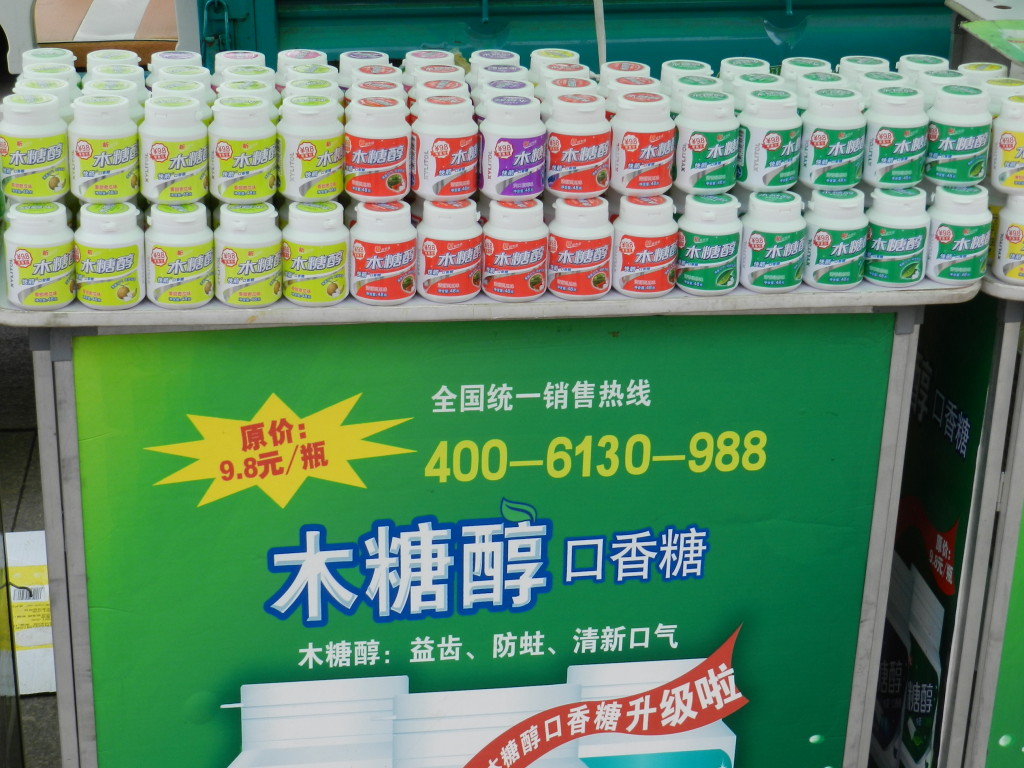 Bottles of gum for sale in Harbin (Eileen Bjorkman photo)

and the old Russian Orthodox Church of St. Sofia, which has been turned into a museum of Harbin’s early history as it transitioned from a village to a modern city with the arrival of the original Trans-Siberian Railroad route. 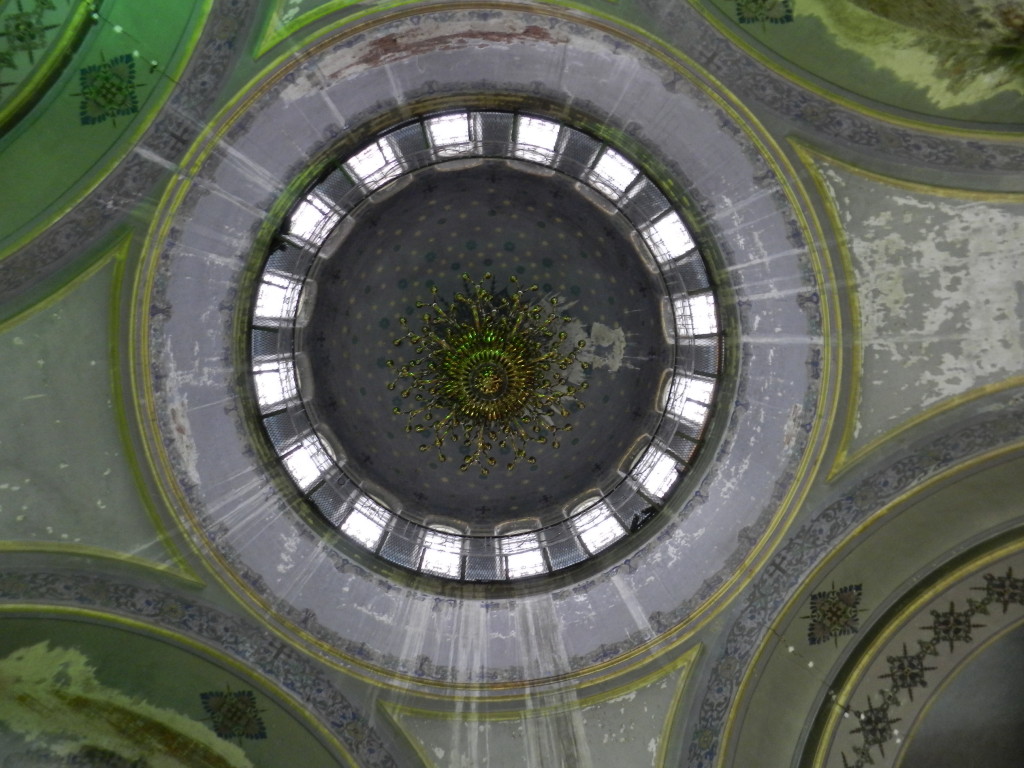 View of the ceiling in the Church of St. Sofia (Eileen Bjorkman photo)

The museum had several pictures that depicted what Harbin looked like in 1908 when the original racers passed through. Here’s one of them: 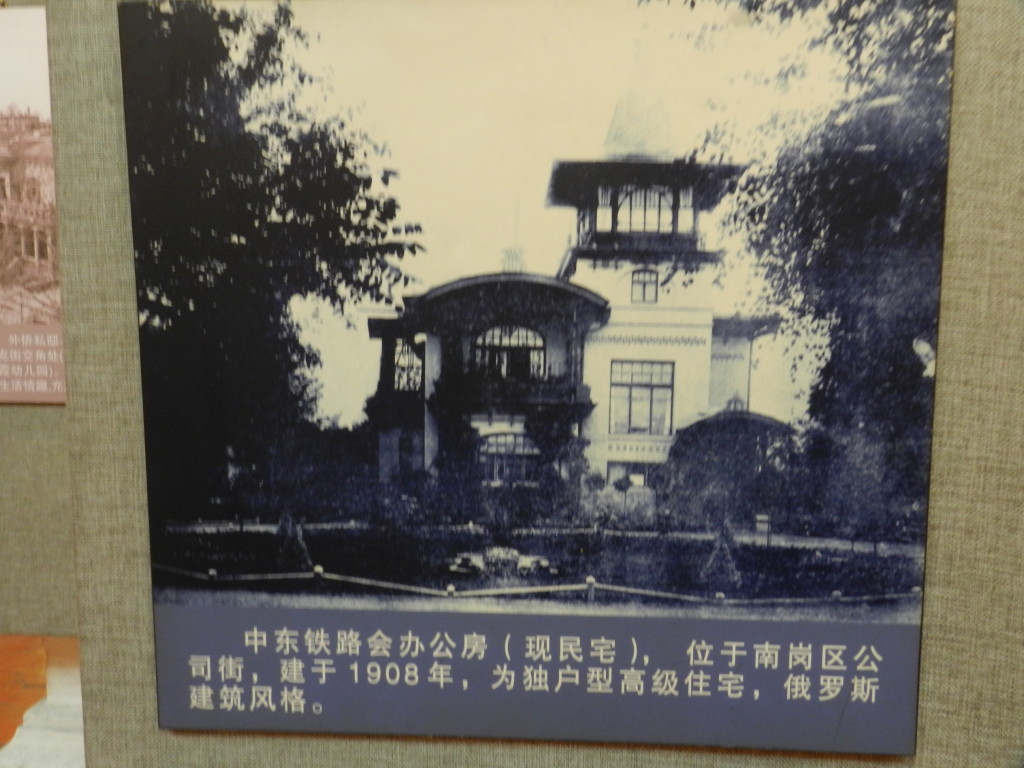 After dinner, John and I walked back down Zhong Yang to take in the night sights, such as this view of the flood memorial:

Tomorrow we have a relatively leisurely drive of 300 km to Qiqihar.