It was in the Forties this morning when we left the Sandusky, OH area and headed Westward once again….nice drive on back roads along farms filled with cornfields and bean fields; nothing really exciting….just relaxing with little traffic. It wasn’t until mid afternoon that things got much more interesting with the YT trail in the mid to western section of Indiana; and we came across our first YT Highway Sign!!!

We ended up on some real back roads including  gravel and dirt, which Luke and I really love…….check out the pics below.

Also along the way we found unleaded gas for…..drumroll…..$2.97 a gal. For two California guys, we were amazed at the price to say the least!! 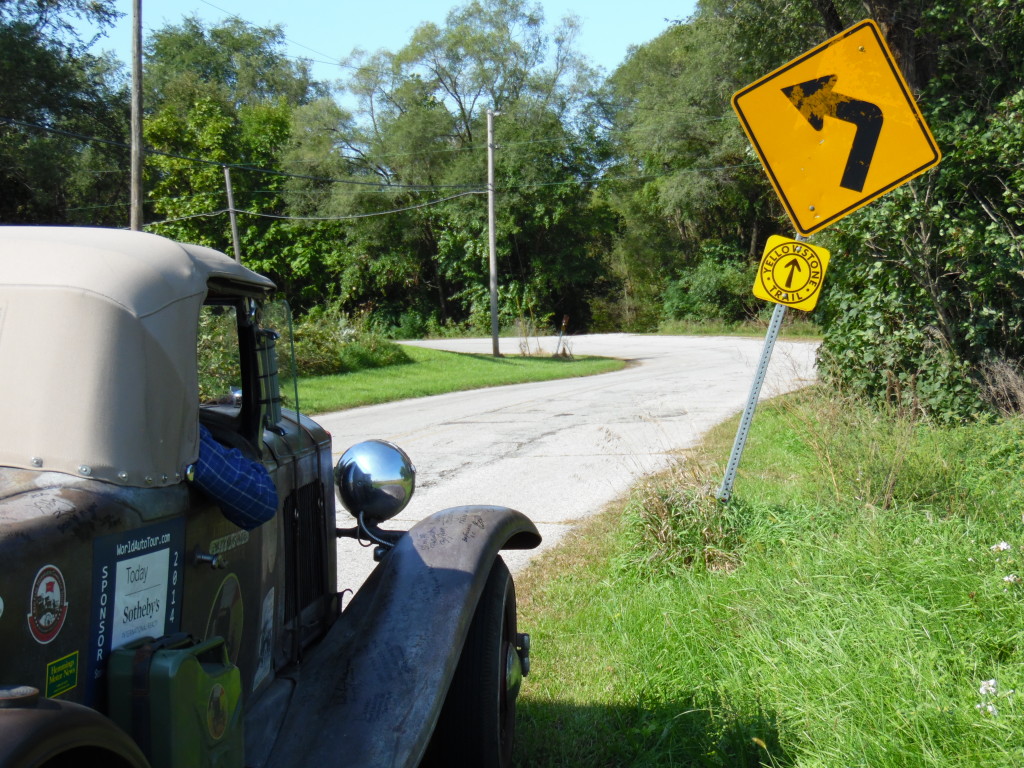 Our first YT sign….and we thought we were lost! 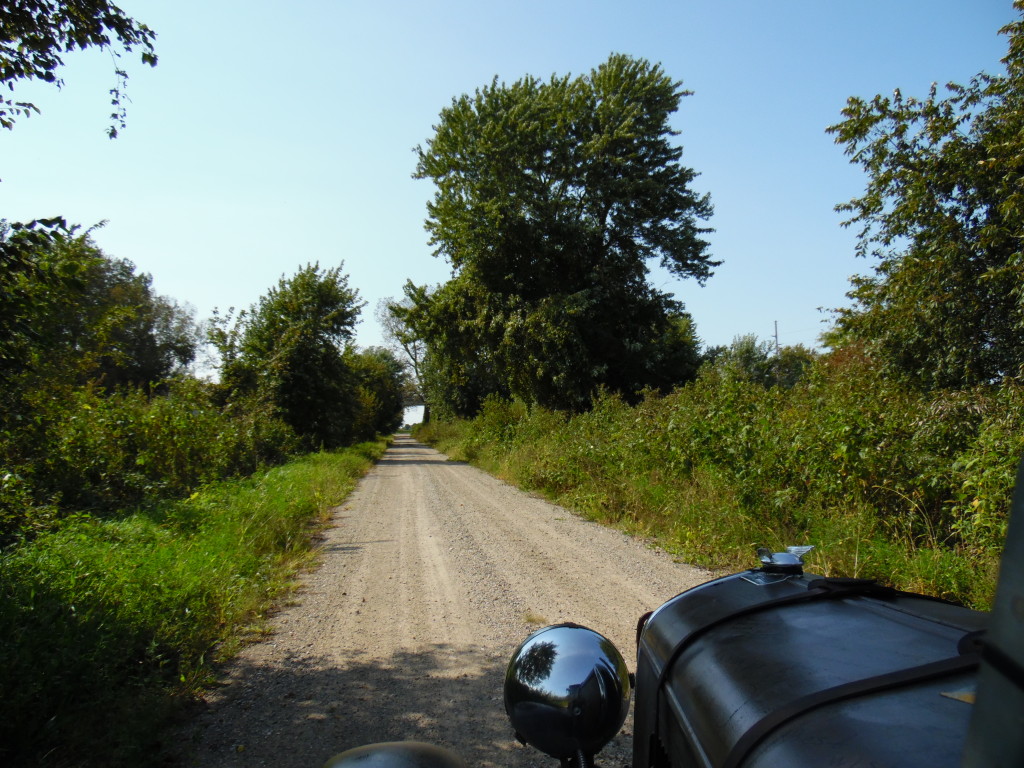 Further down the road and into some trees… 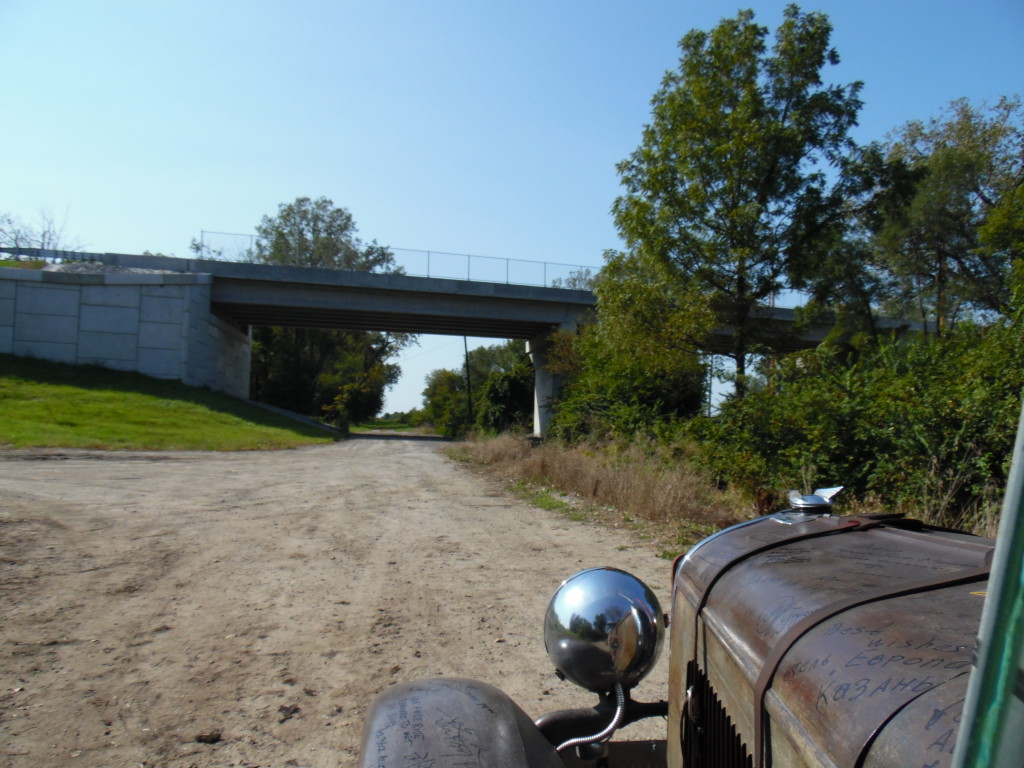 The underpass was a surprise…plus the road ahead was turning to grass….not a good sign 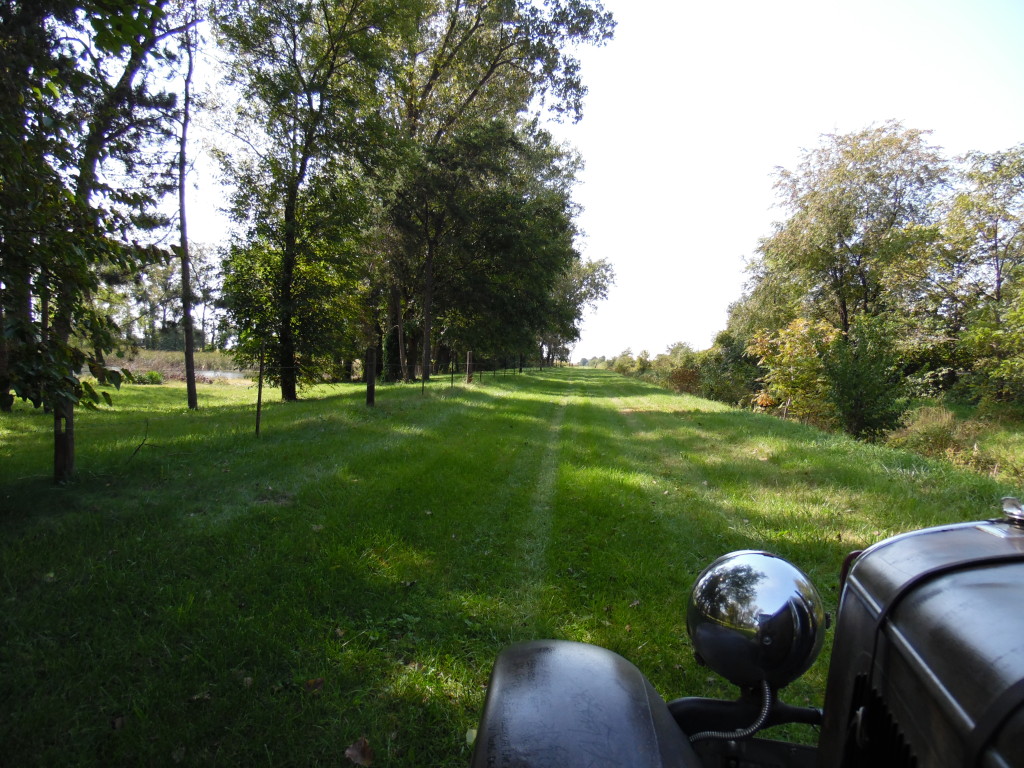 The road ends next to a beautiful pond….The road had been fenced off years ago, however, after studying the map we worked around it and had a great afternoon doing the rest of the route 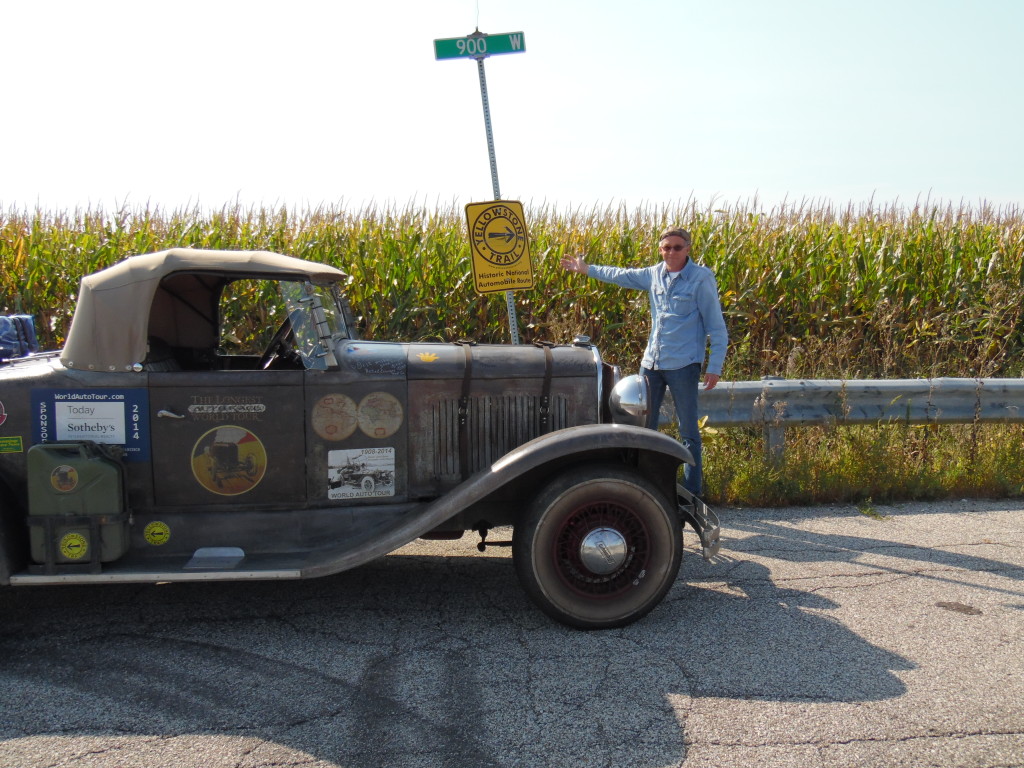 Finally, the Roadster next to a YT sign along our afternoon road adventure

That’s it for tonight….I’m beat as we ended up driving through Chicago to just south of the Illinois/Wisconsin border……you can only imagine the traffic on a Fri afternoon during commute hours. Roughly 2 hrs of heart hammering fun!!!  Onward to Wisconsin and more tomorrow!