World Tour Leg #3 is now in the history books, completed by Luke and I yesterday mid afternoon in Seattle, WA. According to the old Yellowstone Trail maps, the end of the trail was at the base of Jackson Street next to Puget Sound. The problem was that location is now a staging and construction site for a soon to be installed auto tunnel. This tunnel, when done, will be the largest diameter tunnel in the world! There was a big problem going on as the bore drill they were using, broke down so it would not move forward or backward….basically it was stuck. They were in the process of digging an extraction hole so they could bring it above ground to repair…as we were taking pictures they were placing huge cranes in the area to do the extraction.

It appeared that there was no way we could get passed the construction gate security in the Roadster, so we backed into a parking spot across the street and Luke went over to two guys in red coveralls next to the construction sight who appeared to have some level of authority. Luke explained how we just had driven around the world and this was the final stop for the world tour….they each looked at each other and said “we didn’t see you drive in and it would not be a problem”. He then waved to the security guard across the street and motioned for us to drive in….which we did. We parked as close to the water as we could get for some photo’s…..turns out one of the guys who helped us get in was from Holland and recognized some of the signatures on the car as being from Holland. We had a great time talking to him about some of the places we had visited.

Anyway, below are some pic’s of us at the Leg#3 Yellowstone Trail kickoff at Plymouth, MA and YT’s end next to Puget Sound… 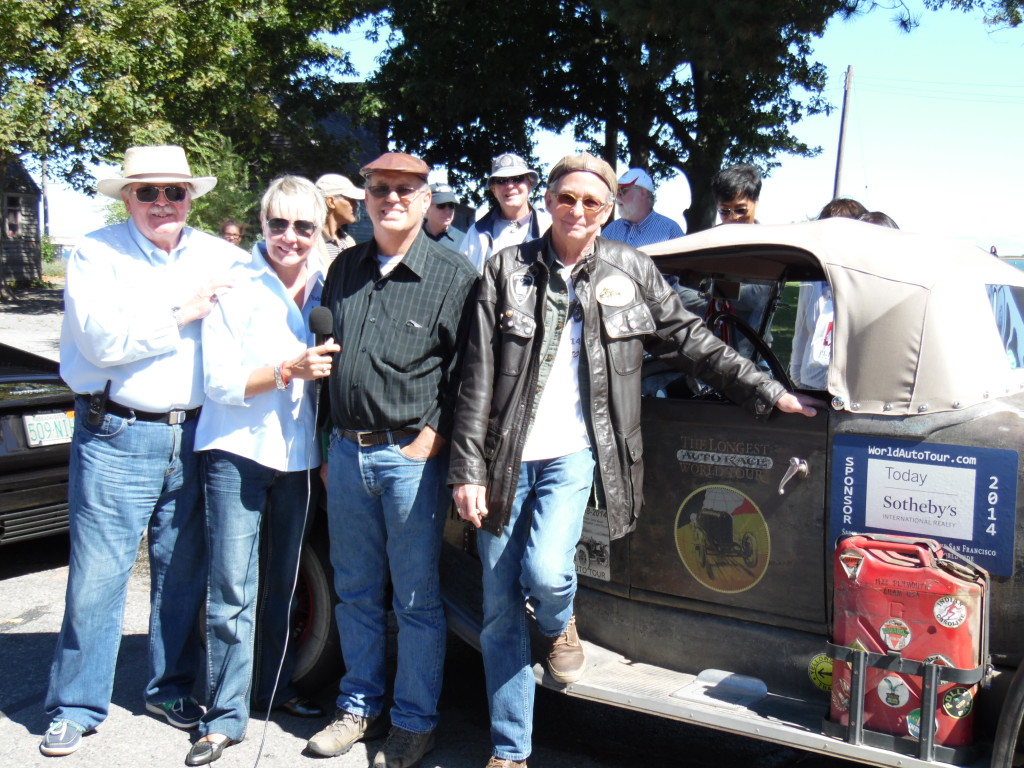 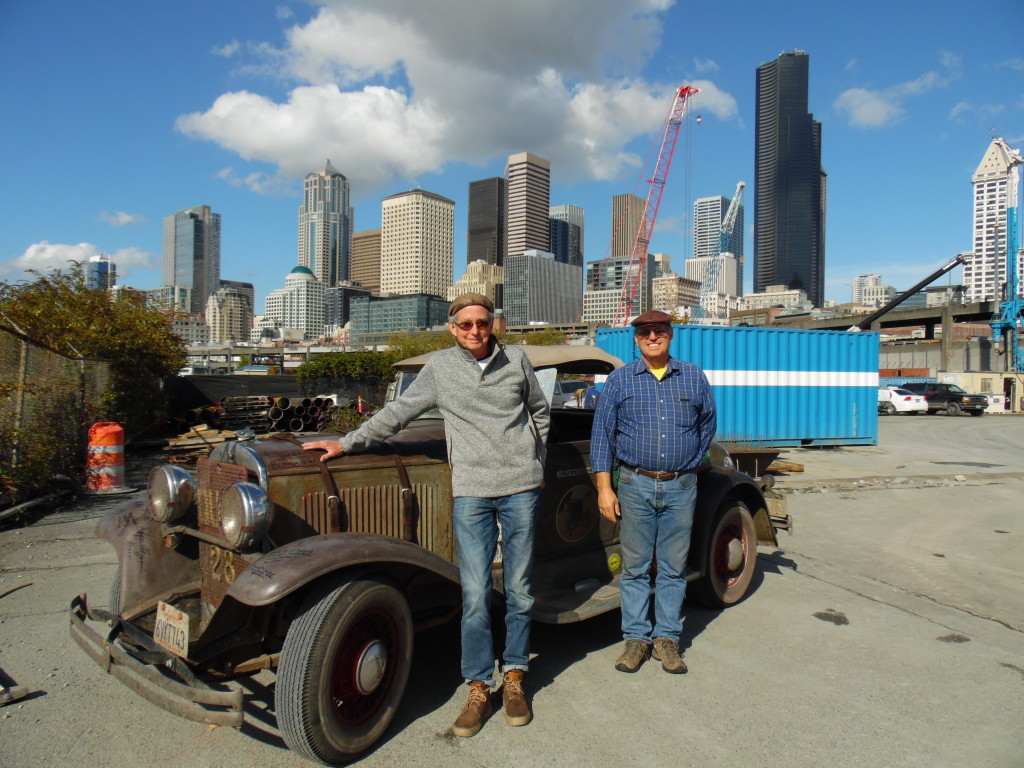 The final stop of the World Tour…Yellowstone Trail’s end at Puget Sound…as you can see, we are in the middle of the tunnel construction site. Seattle skyline is in the background 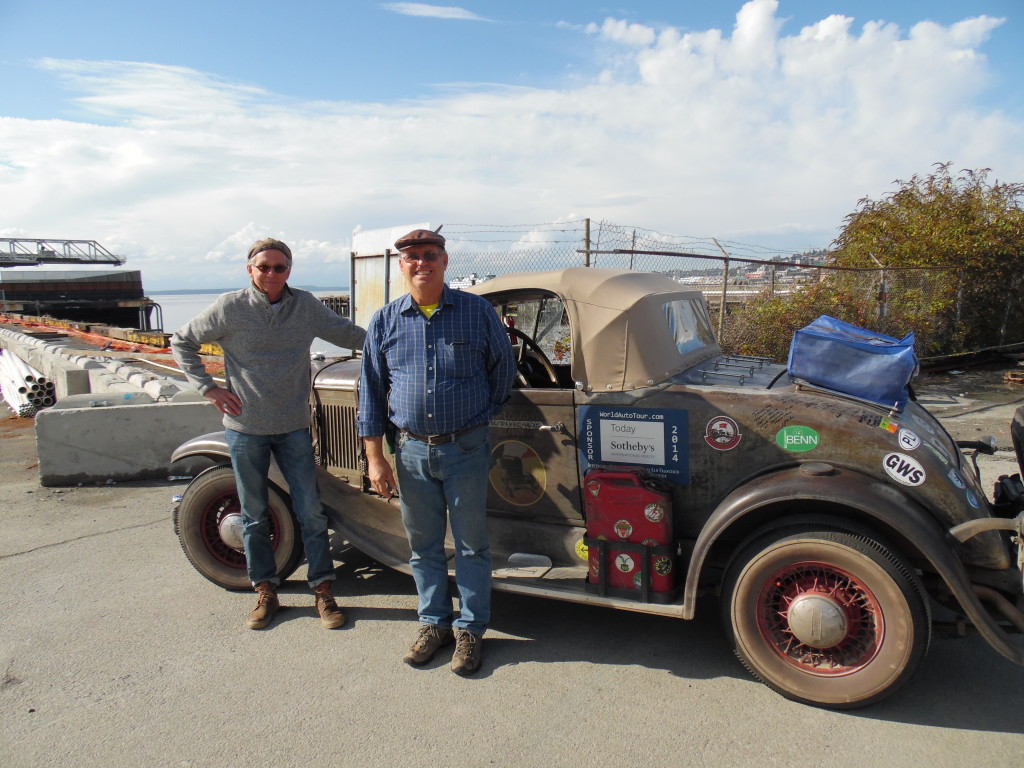 Another view looking out at Puget Sound 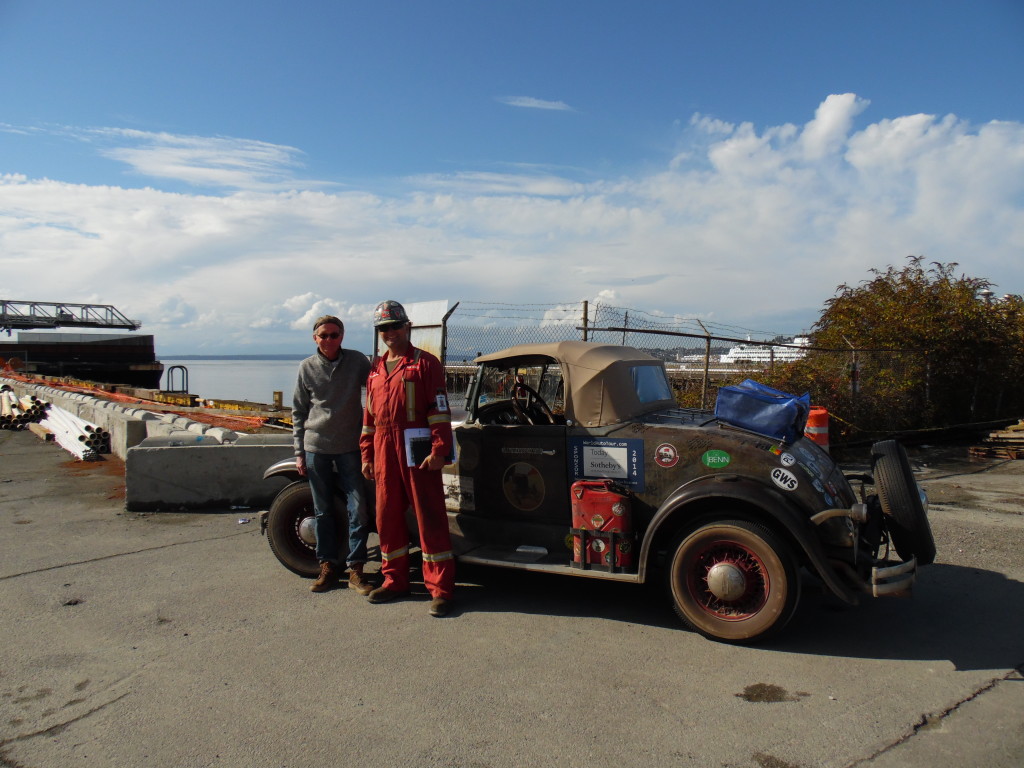 Me and one of the iron workers who helped us get in…he’s from Holland! 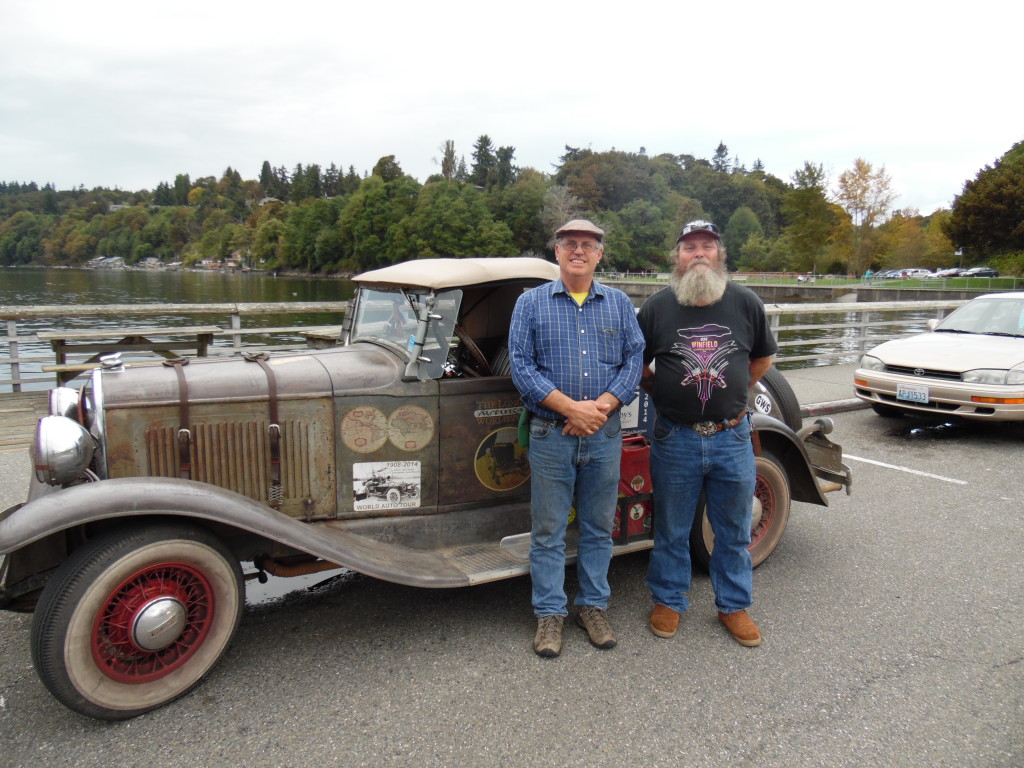 After the photo’s, we met up with Ken Jackson, a friend of Luke who lives near Tacoma….he took us to a nearby waterfront restaurant for a couple brews to celebrate our arrival

It’s hard to believe that World Tour 2014 has been completed….basically 4 months on the road of amazing adventures!! It’s going to be hard to close the book on what for me has been my greatest automotive and life adventure to date….I’ll have more to add later once I get a chance to think about all that has happened.

And finally, I hope all of you have enjoyed reading the blog and sharing our adventures….

Keep checking back as there will be more ongoing post’s….thanks for your interst