The cars cleared customs today and are now snuggled in parking spots at our hotel.

We met Svetlana in the hotel lobby this morning at 9, and she drove us in her Daihatsu Boon to the main customs building in Vladivostok, which is located about five miles from the ferry terminal and our hotel. We zipped through city side streets in the Boon, a used Japanese car with the steering wheel on the right side, which I’m sure would baffle me, but when we encountered a car whose driver refused to give an inch on a one-way lane, Svetlana screeched to a stop, slammed the Boon in reverse and backed out to the road entrance as if she does it every day, which she probably does, given the traffic in Vladivostok.

We waited in the customs building until about 10:20 while our customs inspector finished our paperwork, and then Svetlana took us back to the ferry terminal, where the cars had been taken off the ferry the day before. After about another 20 minutes, we were cleared to get the cars, but the Roadster wouldn’t start. This must be a common problem, because within about 30 seconds, the customs folks had dragged a cart with a battery the size of an ice-chest over to the Roadster. A few minutes later, we were on our way, making our first drive on Russian soil back to the hotel: 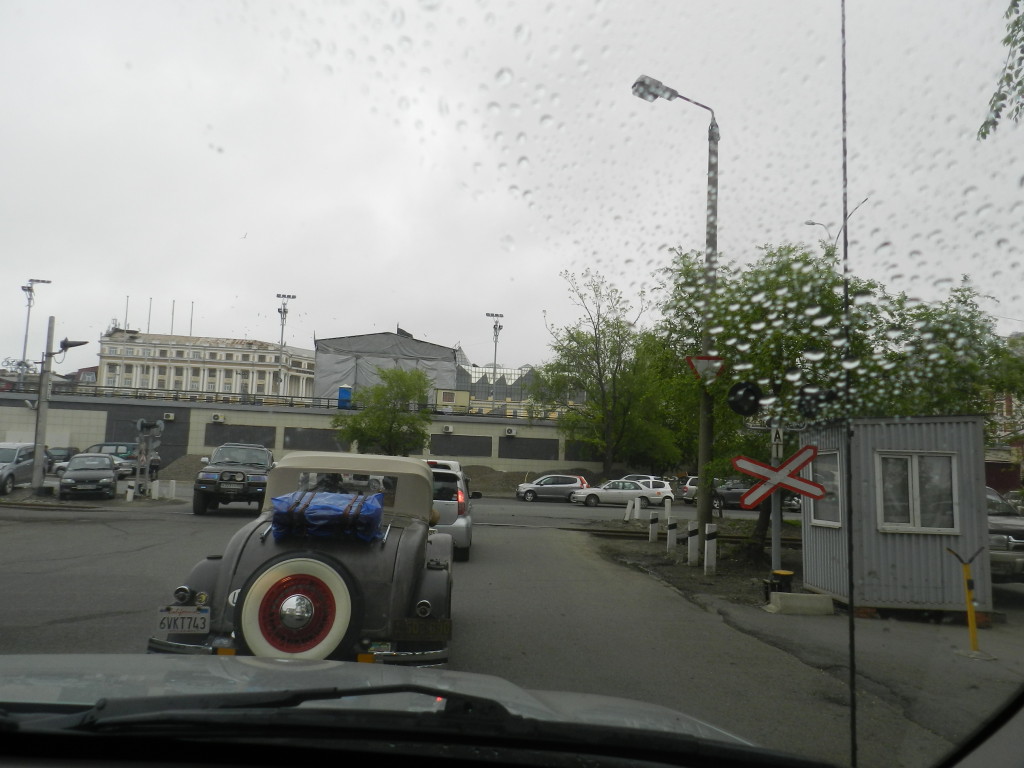 Driving back to the hotel in Vladivostok (Eileen Bjorkman photo)

At the hotel, the Roadster attracted quite a bit of the usual attention: 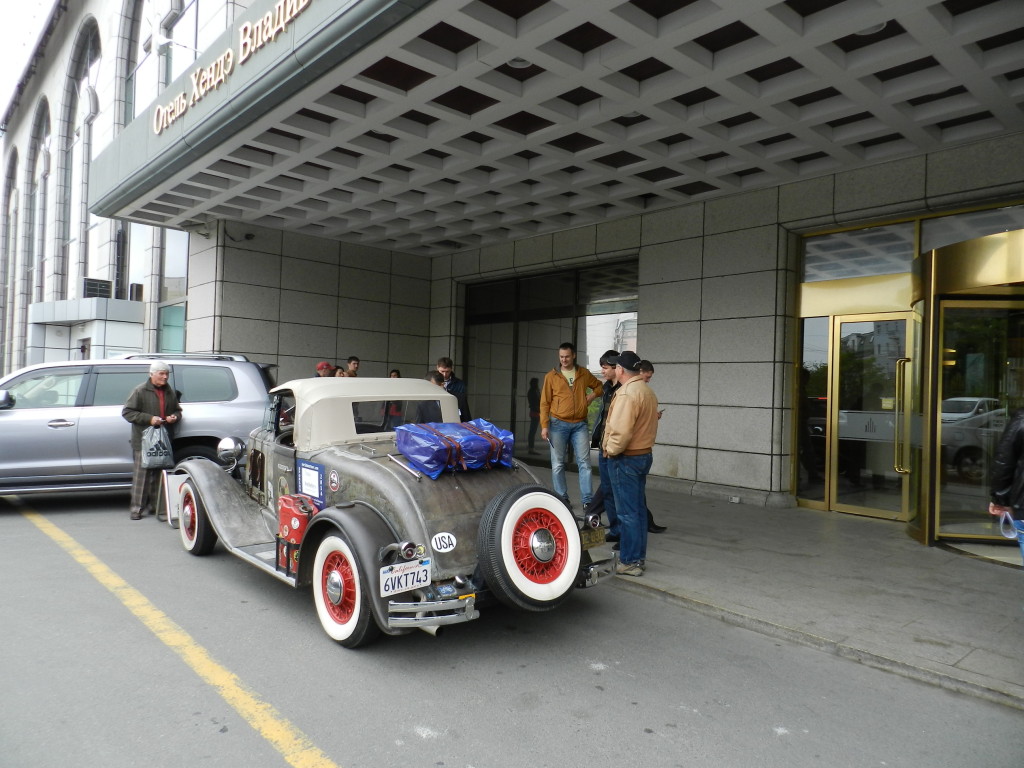 Leo had brought a battery charger with him, so after recharging the Roadster’s battery for about an hour, we headed to lunch and then rode a trolley car, the “Funicular,” to the top of a hill. Cost: 9 rubles, or about a quarter. Here’s the view from the top of the hill and a picture of the Funicular building that I took on our walk back down the hill: 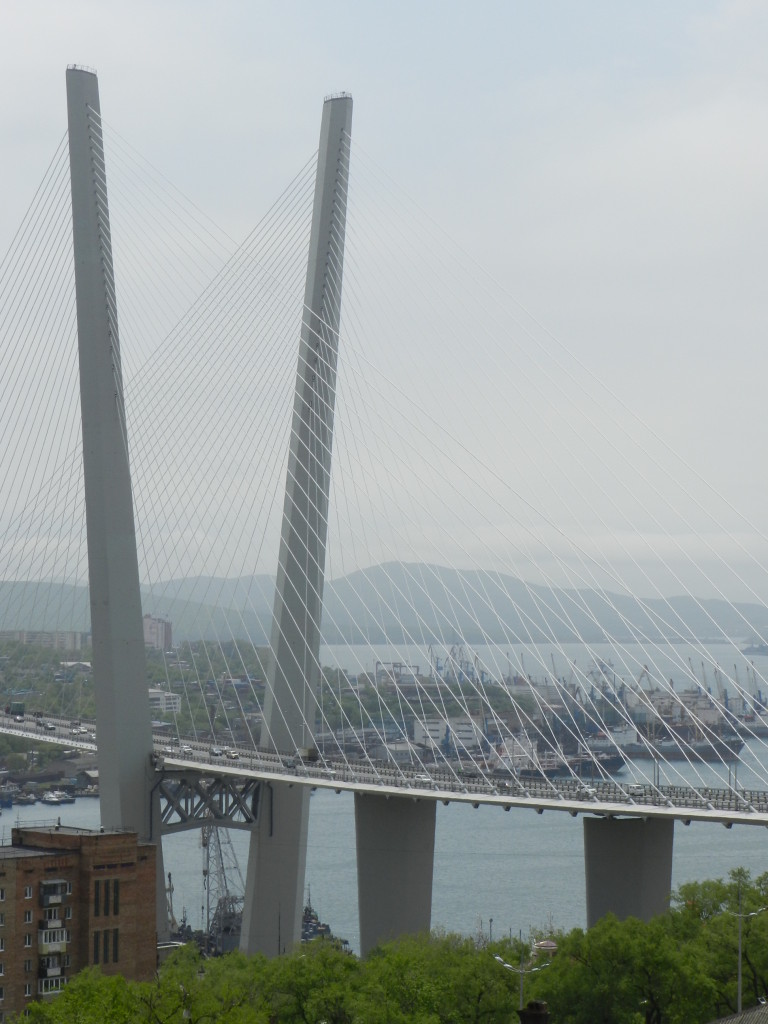 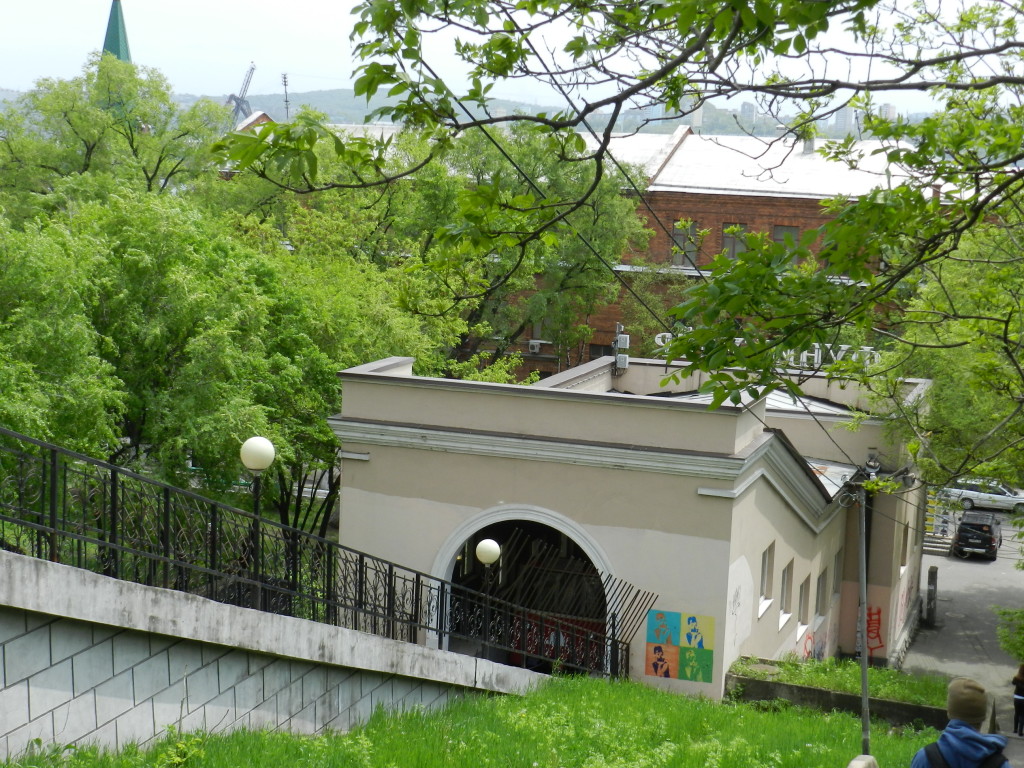 Tomorrow morning, we depart the hotel at 8:30 and head to the Chinese border at Suifene. Here’s a Google Earth picture of the border crossing: 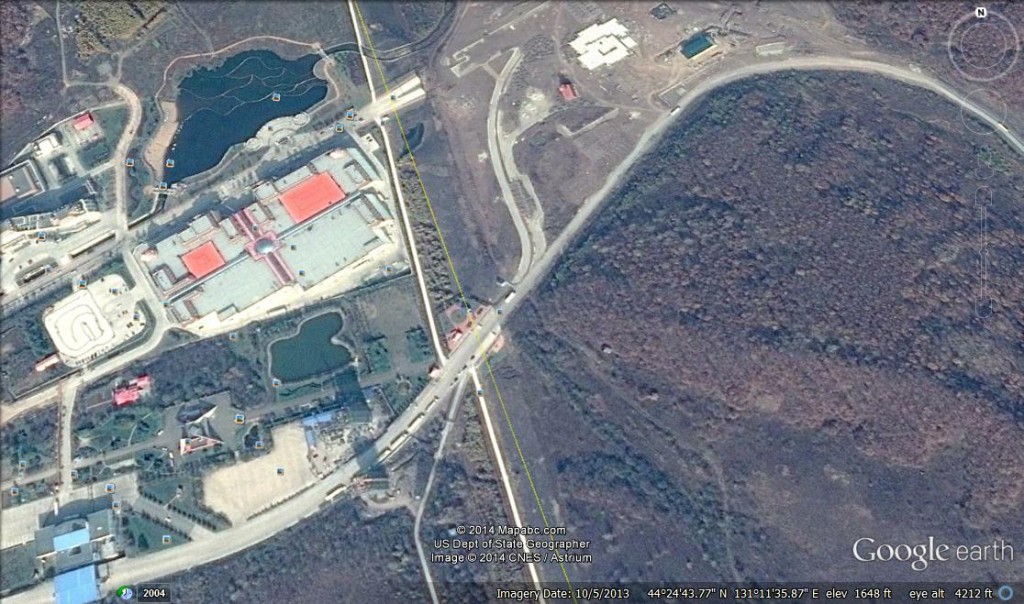 The border at Suifene can only be used by commercial traffic, so the folks at Mir came up with a workaround. At the border, the cars will be loaded onto commercial trucks. John and Leo will ride across the border with the truck drivers, and Luke and I will cross on a bus. Once we’re across, our Chinese guide will try to herd us all back together and to our hotel rooms.

I don’t know if I will have wifi tomorrow evening, so it may be at least Friday before I’m able to post again. If we have connectivity problems in China, we’ll be crossing back into Russia on Friday, May 30 and will be at a hotel on May 31 with wifi, so worst case, you’ll hear from us then!