We decided to take back roads over to the Danish coast and take the coastal route along the North Sea. That turned out to be a great decision as the weather was perfect with an off shore wind keeping the temperature warm, but not as hot as Germany. The back roads were spectacular with lush farmland and most importantly no traffic….great to get off the autobahn!!

Large sand dunes were all along the coastal route meaning you only got a view of the North Sea from time to time, however, it was still very scenic. Somewhere along the drive, Leo decided one of his bucket list items was a swim in the North Sea….Leo not only needs a new bucket list, but a new bucket to put it in!!! Anyway, somehow he talked Karen into it as well ( must be his military training). I wasn’t quite as brave, and have a better bucket list, so only did a little sub zero water temp wading…..Luke wouldn’t even do that. 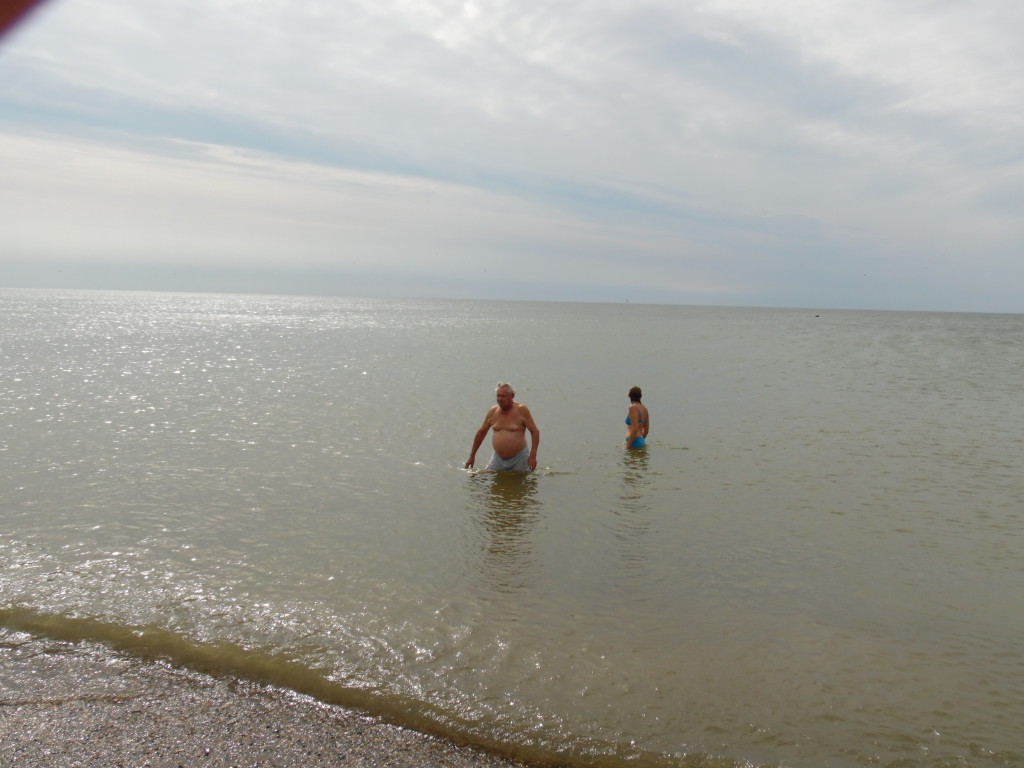 Leo and Karen in the North Sea 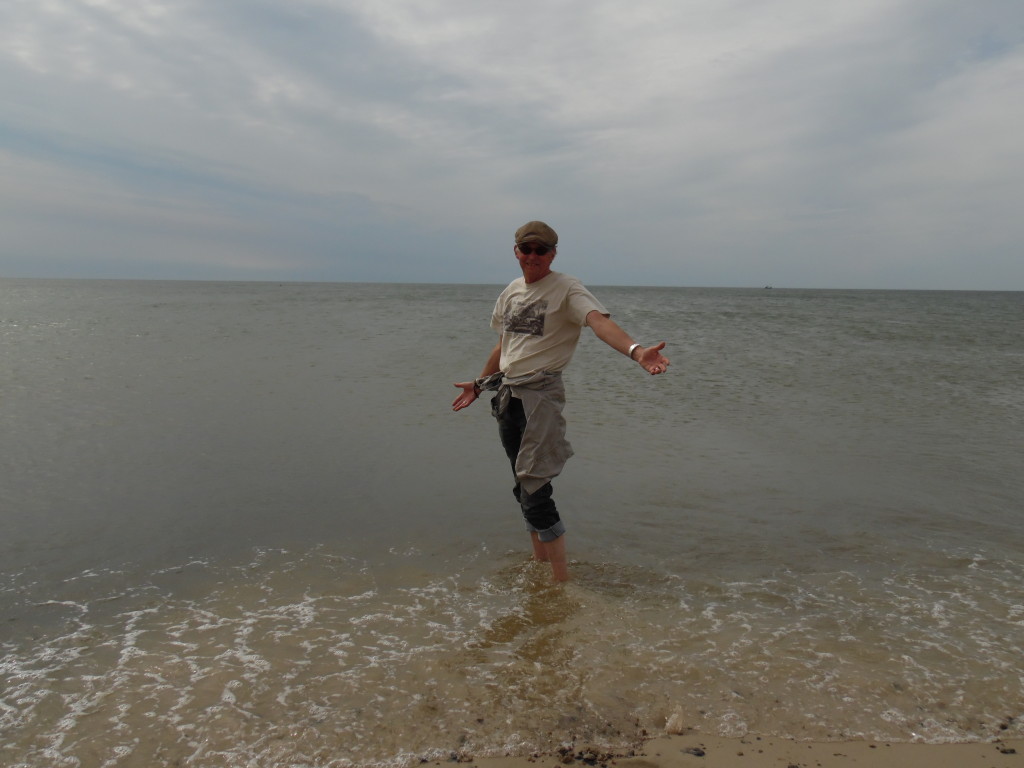 Yours truly in the North Sea

With the bucket list completed, we packed up (minus the carrying bag for Leo’s sleeping bag which blew out to sea when he was trying to put it on the sand to lay on) we headed for our hotel in Aalborg. Just before our destination, we stopped for gas and a guy came driving up in a 1957 Chevy. He had just come from a car show in a nearby Danish coastal town that was holding a week long car show featuring only American cars from the 50’s, 60’s and 70’s and they were expecting over 600 cars. Since it was only a 30 minute drive we agreed to show up the next morning.

The next morning we drove down to the show and as we entered the small town, American and Danish flags were lining the streets….not something you see everyday in Denmark!! The show turned out to be great made up from cars coming from Norway, Sweden and of course Denmark….one thing about this trip, you never know whats going to happen from day to day 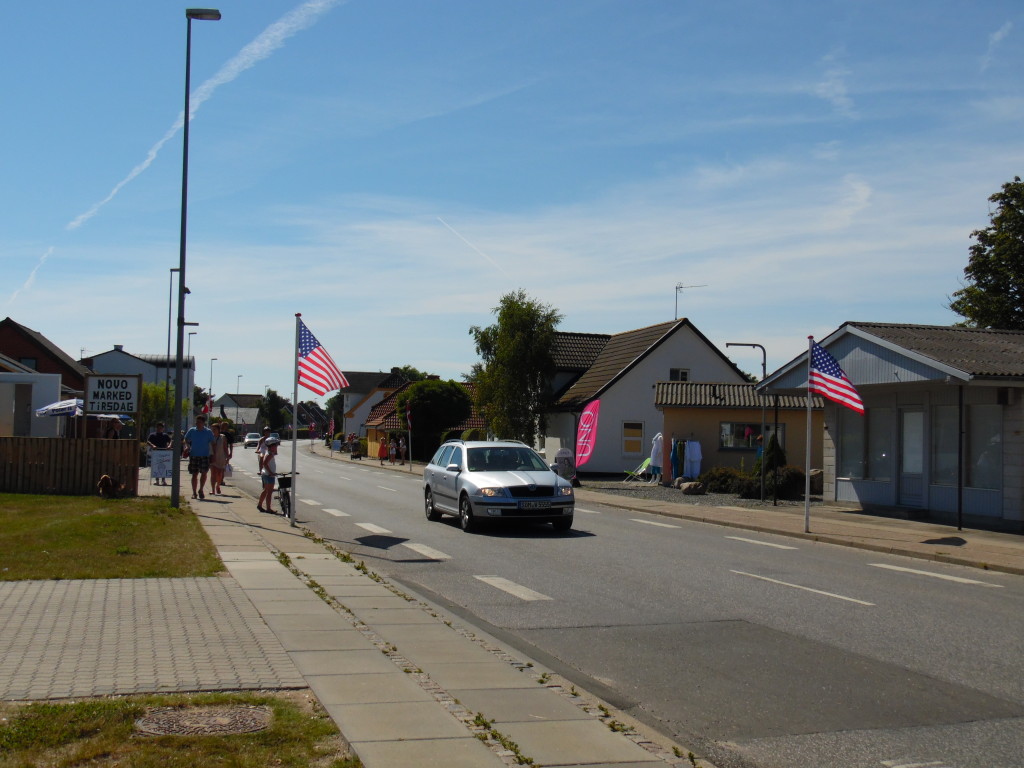 American flags in place for the all American car show

Tomorrow we head for Hirtshals, DK to catch the ferry for Iceland….it is 823 nautical miles and takes 2 1/2 days via the Faroe Islands. We’re excited about seeing Iceland, but sad that our guide Karen has left the group and is returning to her home in Germany….we are now on our own. We really miss her as she was a great lady and thought what we were doing was perfectly normal, meaning that she is as crazy as we are!!