Quote of the day: “We got some real shocks now!”

After dinner last night, Karen and I walked a few blocks to check out an unusual statue in Vilnius — a bust of the Lithuanian-American musician Frank Zappa. 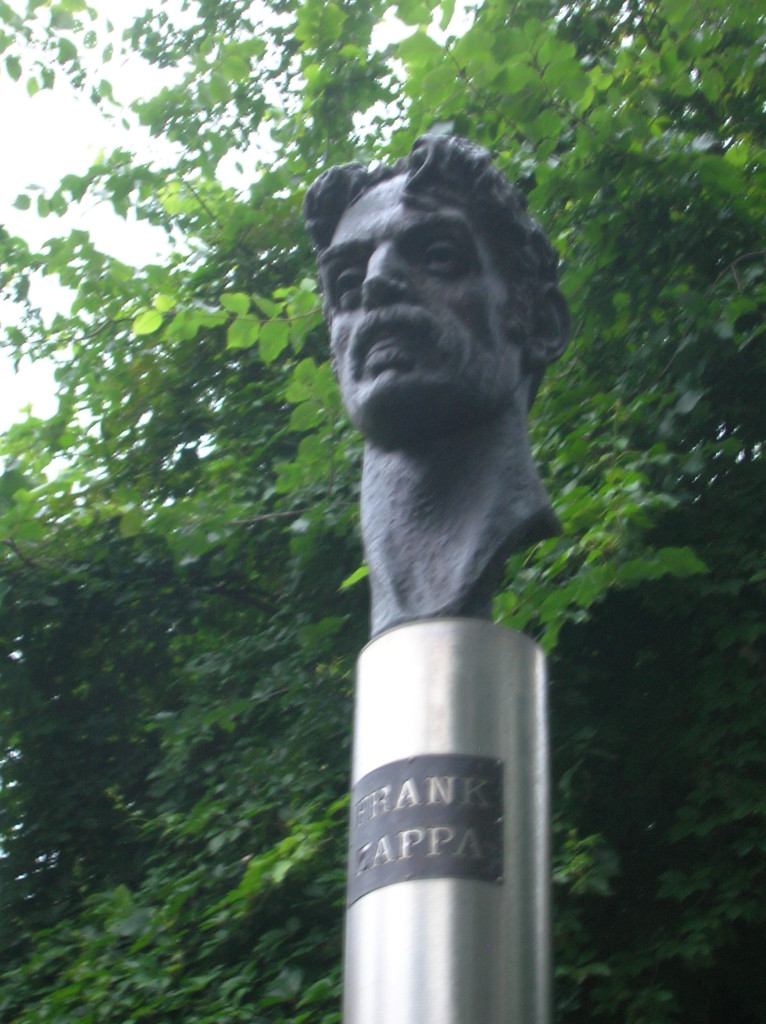 From there we found a beer store and pub named “Beer Heaven,” but they were closing at 10 p.m. so we only had time to try one of their 80 beers. We think that, with at least 70 breweries and 3,000,000 citizens, Lithuania must have one of the highest brewery to million citizens ratios in the world, certainly a good measure of happiness. 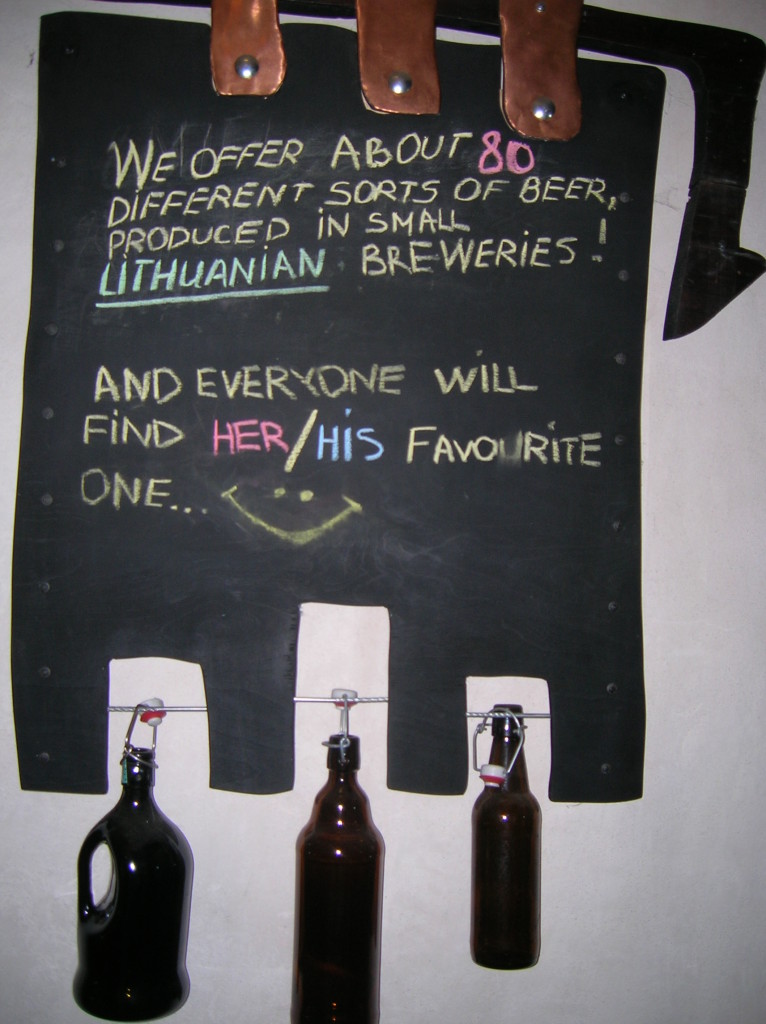 This morning, we stopped by the local office of our sponsor, Sotheby’s International Realty, for some photos before renewing the shock absorber hunt (the shop from yesterday evening didn’t pan out). 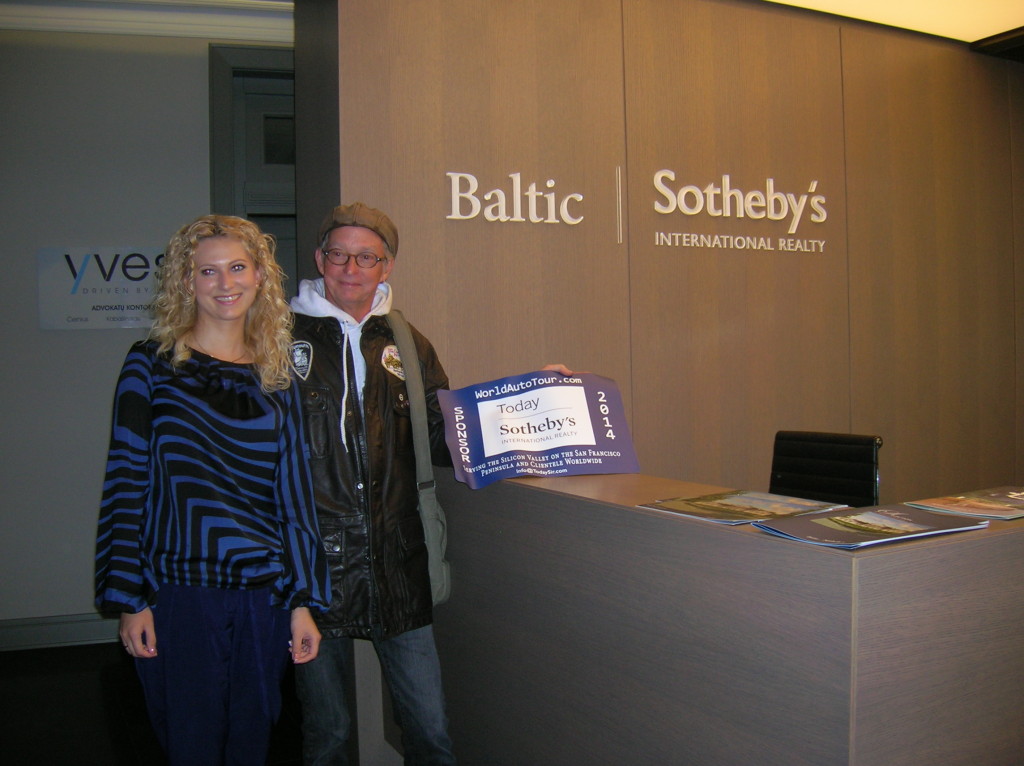 We first went to another garage, and they pointed us to a large auto parts store, which had some shocks in stock that were the right size, but the mounting hole was too small. However, the salesman helping Luke gave us the name of a garage with a machine shop that could resize the hole, so John decided to buy the shocks. By about 2:45, the modified shocks were ready, so we drove to Kaunus, which was only a little more than an hour away over an excellent four-lane highway. 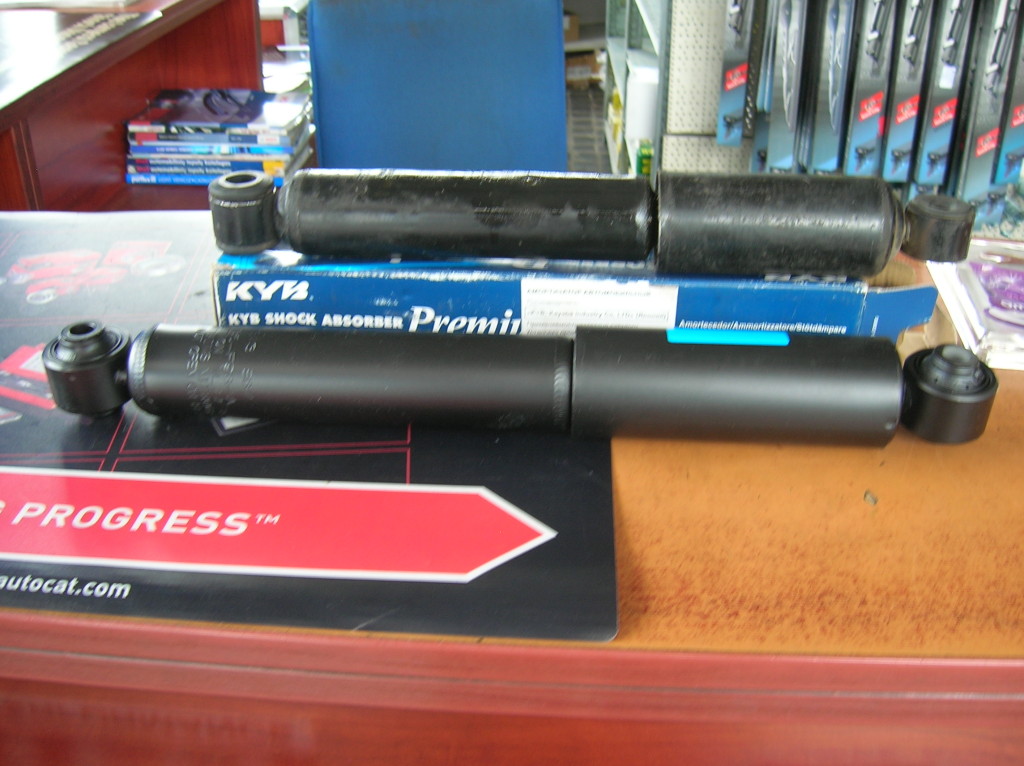 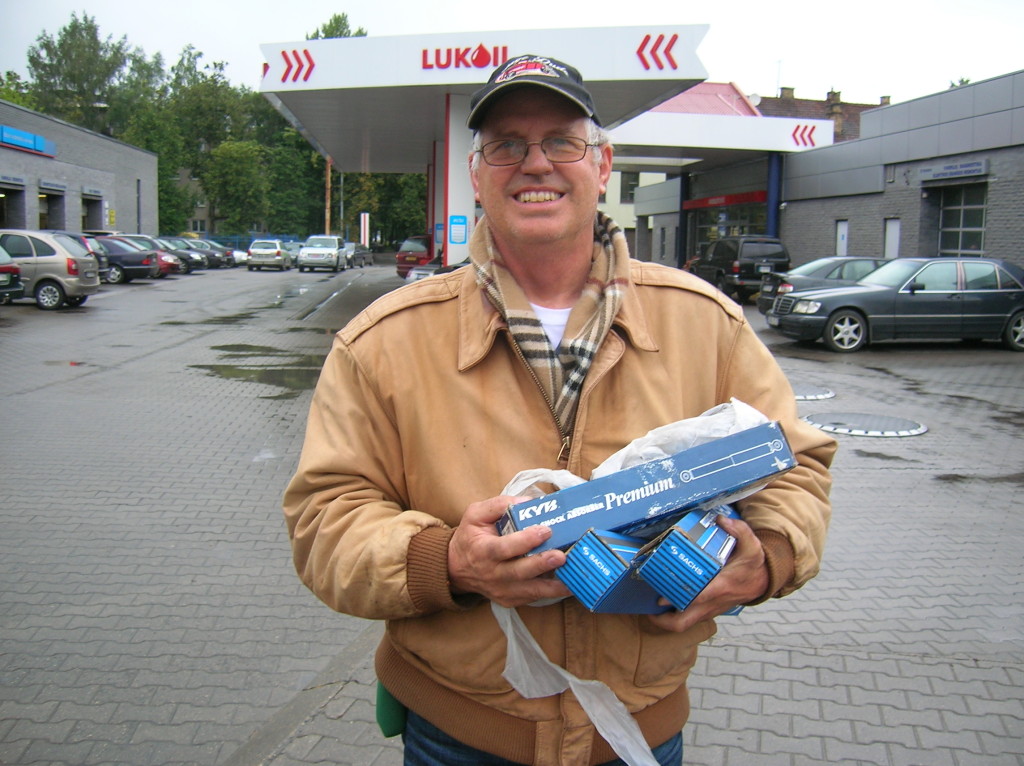 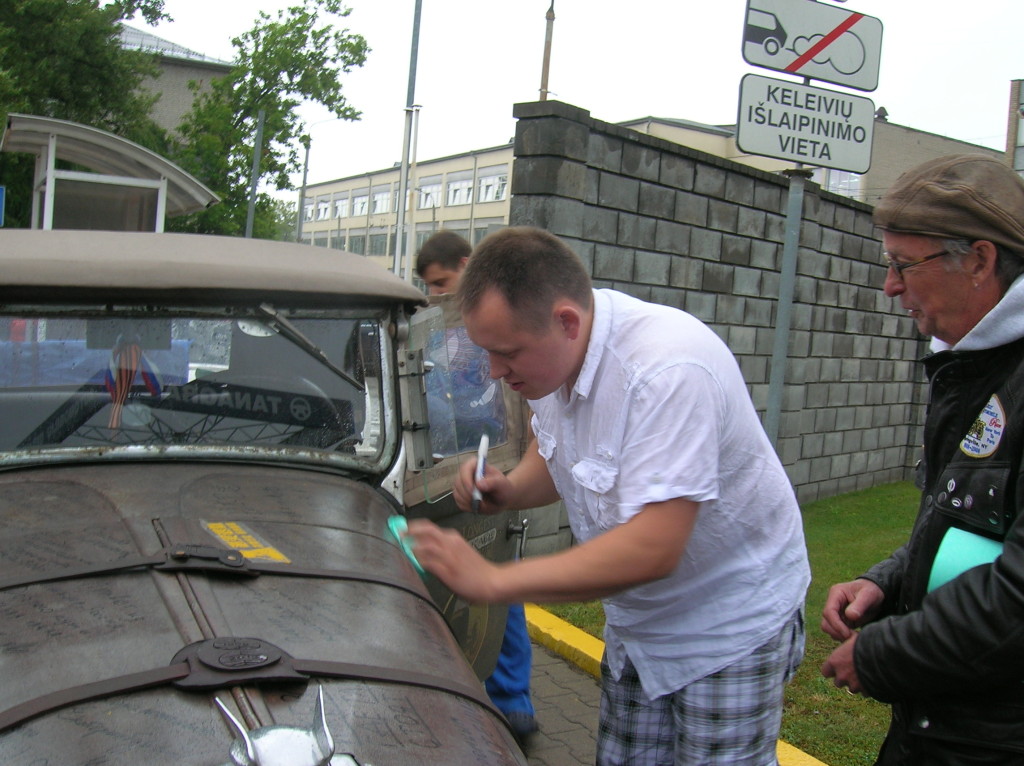 Augustus Jansonns, the salesman who helped us, signs the car (Eileen Bjorkman photo)

Once we were at the hotel in Kaunus, Luke and John put on the new shocks, which took about an hour. The left rear shock had failed internally — Luke was able to pull it apart as shown in one of the photos below. He said he has never seen a shock fail like that; however, he has also never seen a shock that drove for 5,000 miles on Siberian roads! We hope that the shock saga has finally come to a close. 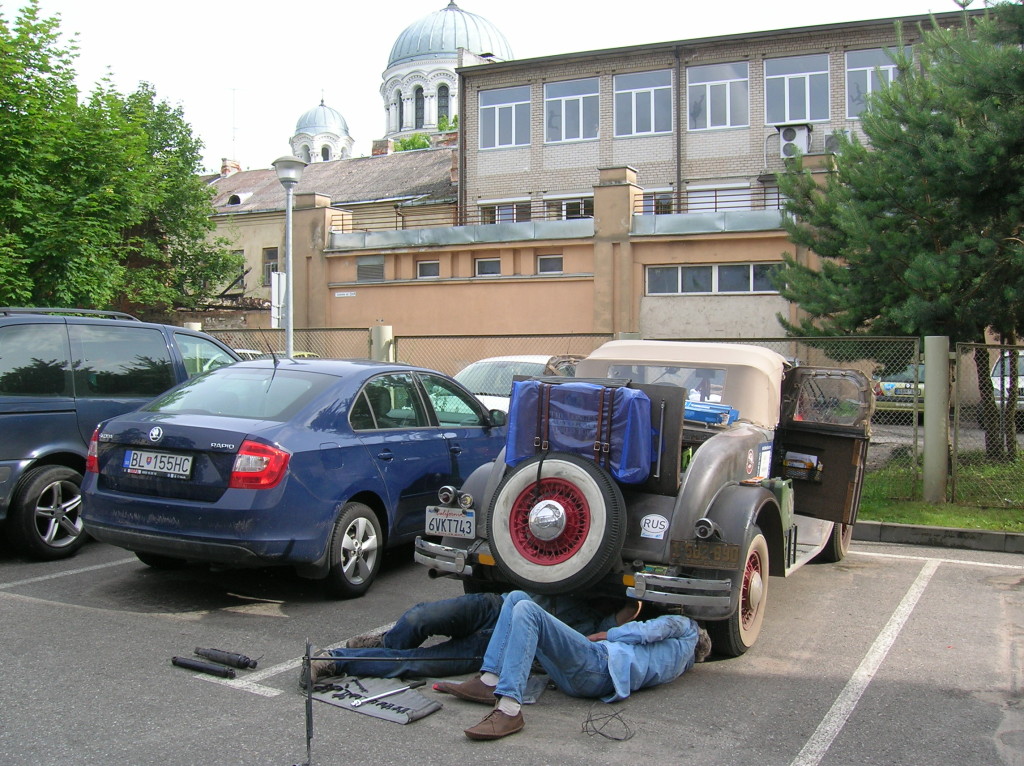 Cathedral? What cathedral? We’ve got a car to fix! (Eileen Bjorkman photo) 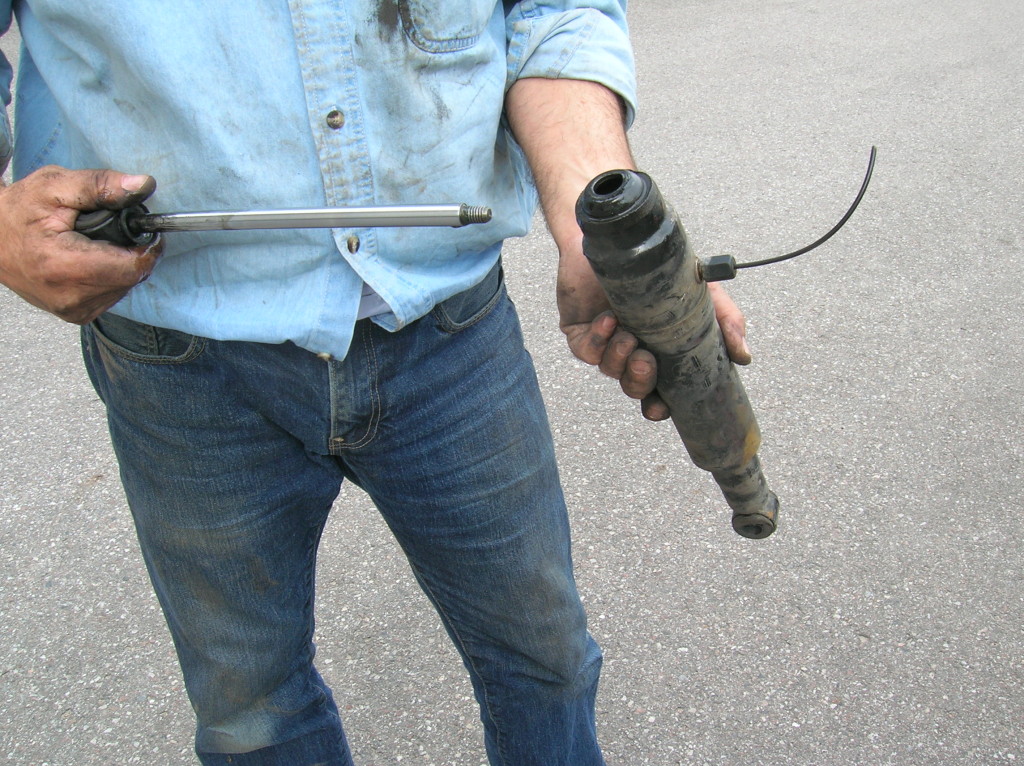 Shocks are not supposed to do this! (Eileen Bjorkman photo) 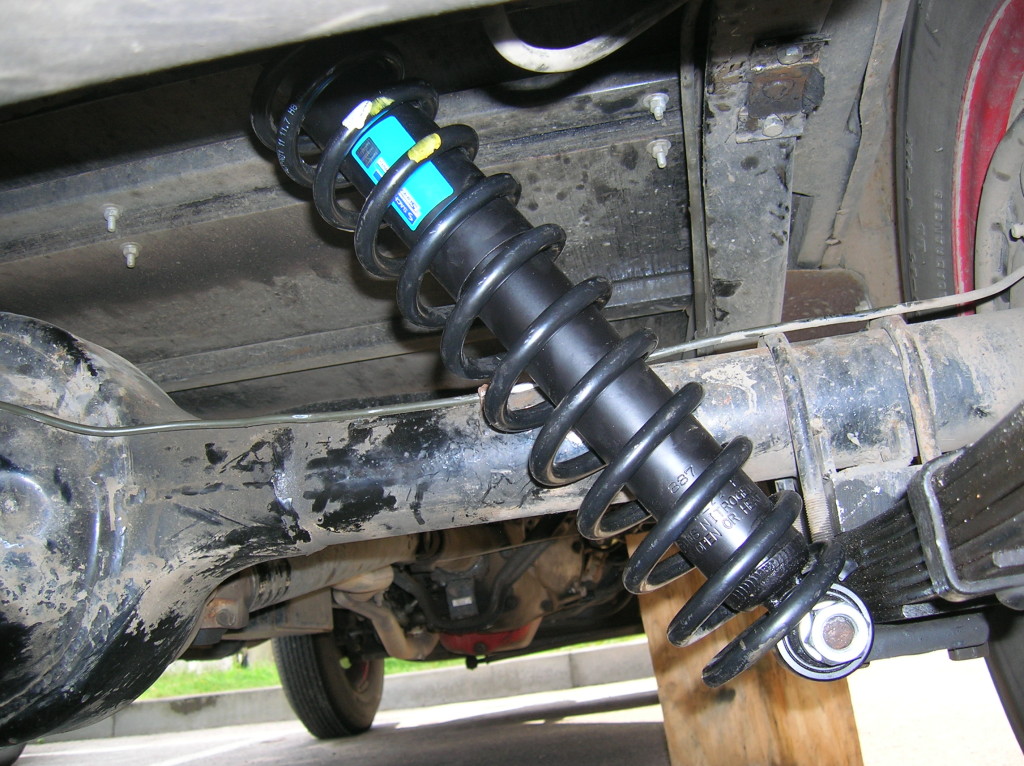 After dinner Cathy, Karen and I walked around Kaunus for about two hours since we won’t have time to see the city before we leave for Kaliningrad tomorrow. I saw a nice Lithuanian calico kitty, 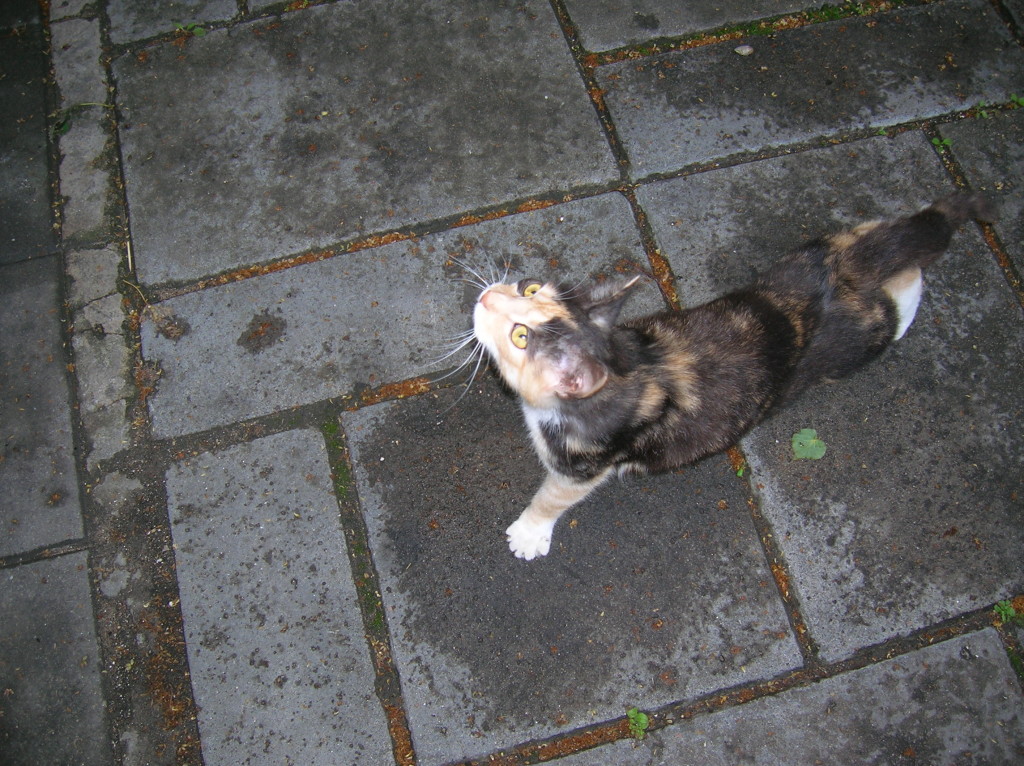 and we walked across a pedestrian bridge over the Nemunas River. 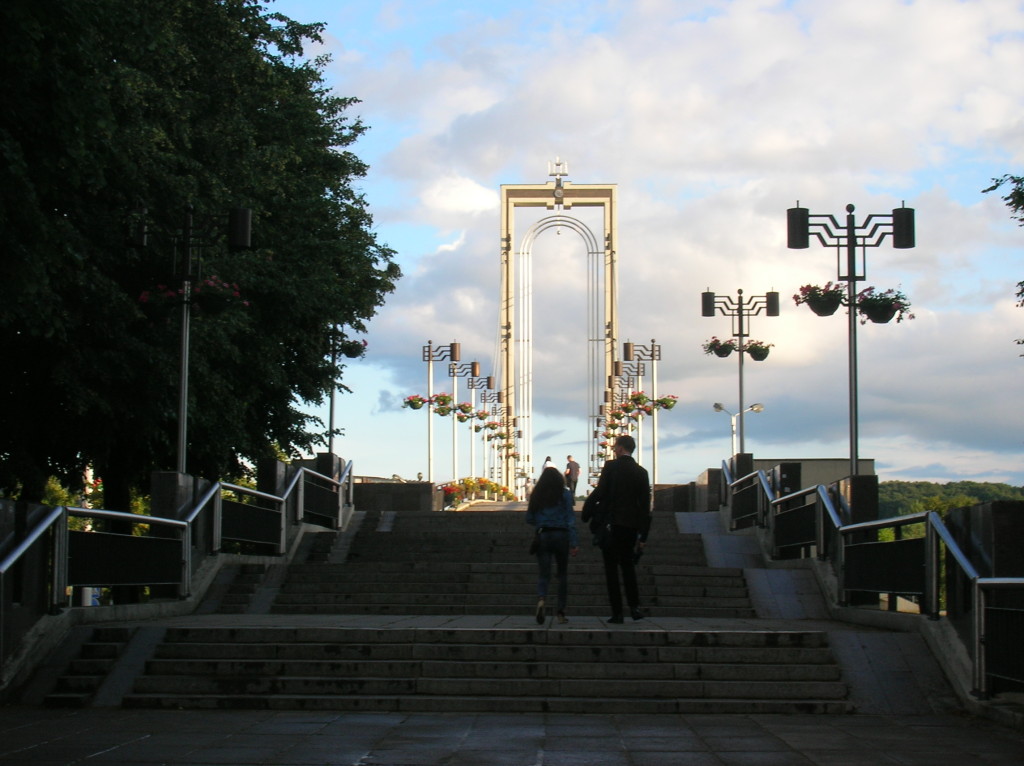 There is a plaque on the bridge that describes how a famous Lithuanian aerobatic pilot, Lakunas Jurgis Kairys, flew under the bridge (which is only 20 feet high) in his airplane  on September 2, 2000. 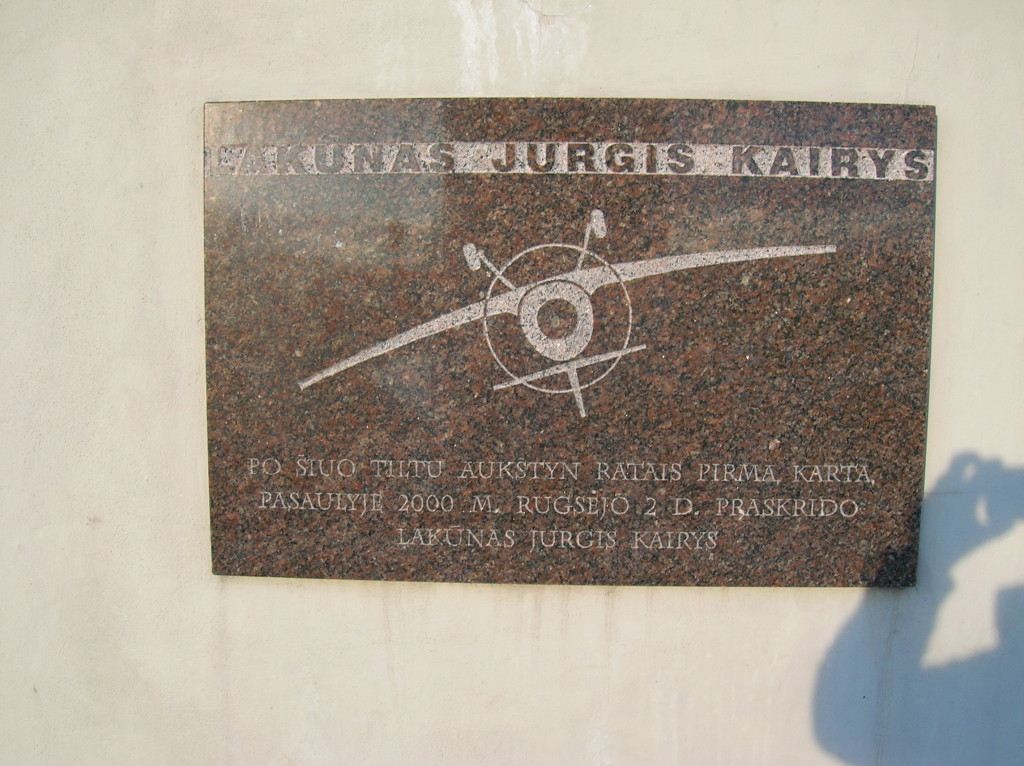 We also saw several nice cathedrals and the town hall that sits in a city square where hundreds of people were watching the World Cup in outdoor cafes. 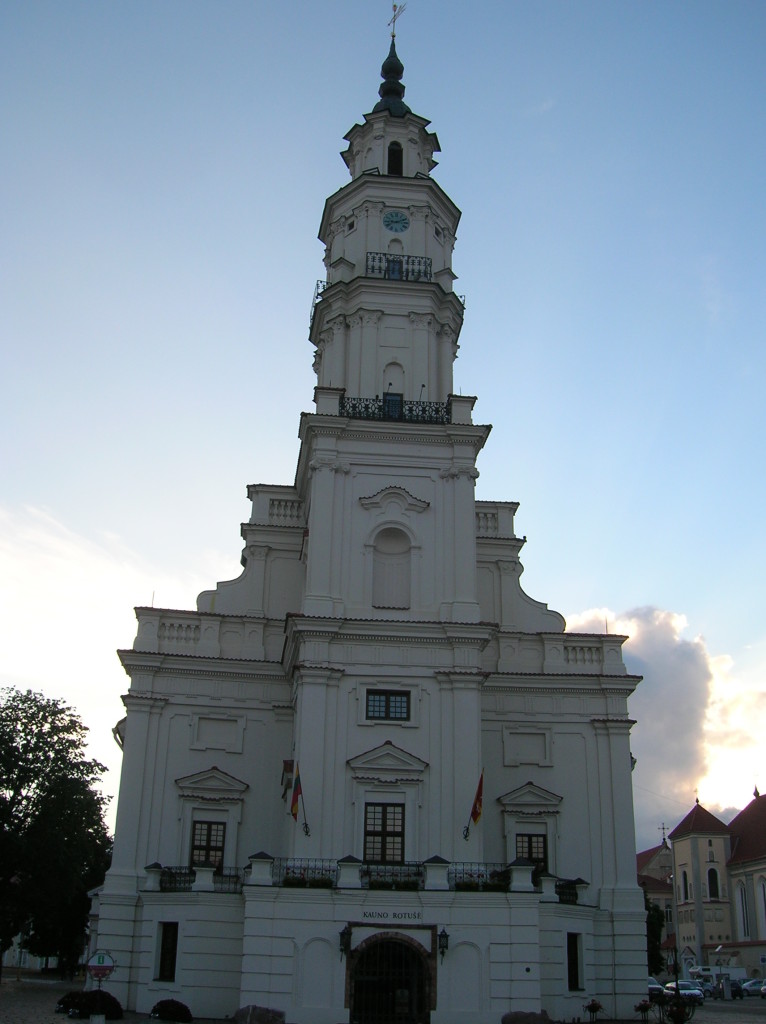 Last, we walked by a model of the Lituanica, which was piloted by Lithuanian-American pilots Steponas Darius and Stasys Girenas on an attempted transatlantic crossing from New York to Kaunus in 1933. Unfortunately, the airplane crashed in Poland and both pilots were killed. I recognized the model because the airplane, which was a Bellanca CH-300 Pacemaker, is on the back of the 10 lita bill; the pilots are on the front. 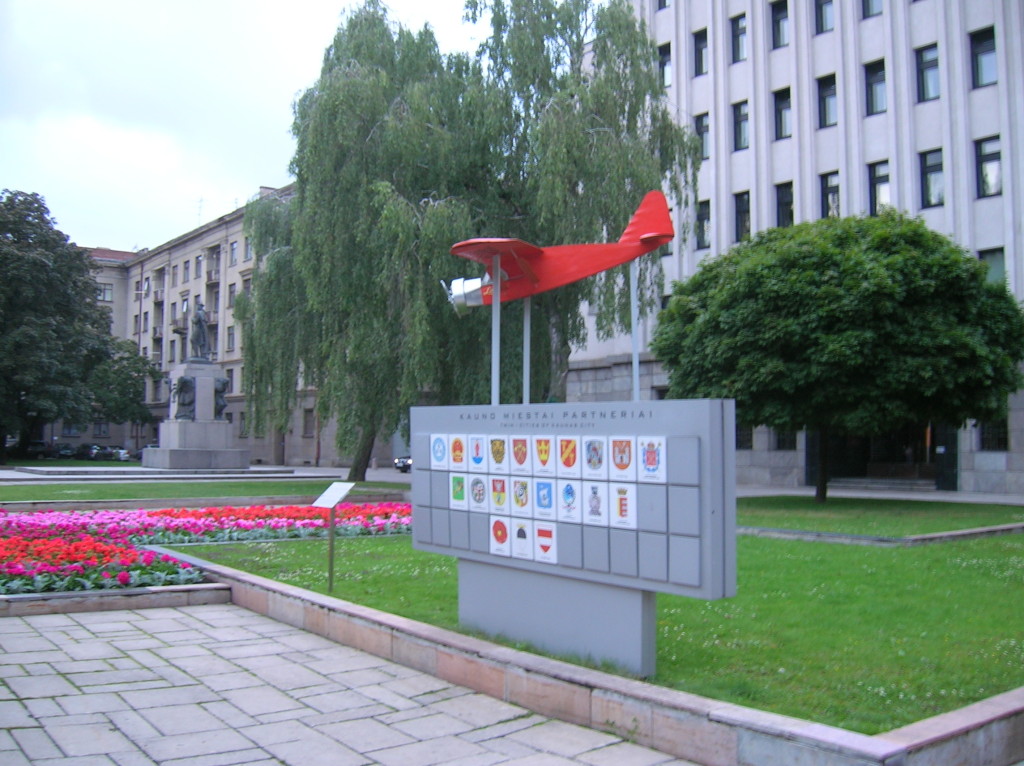 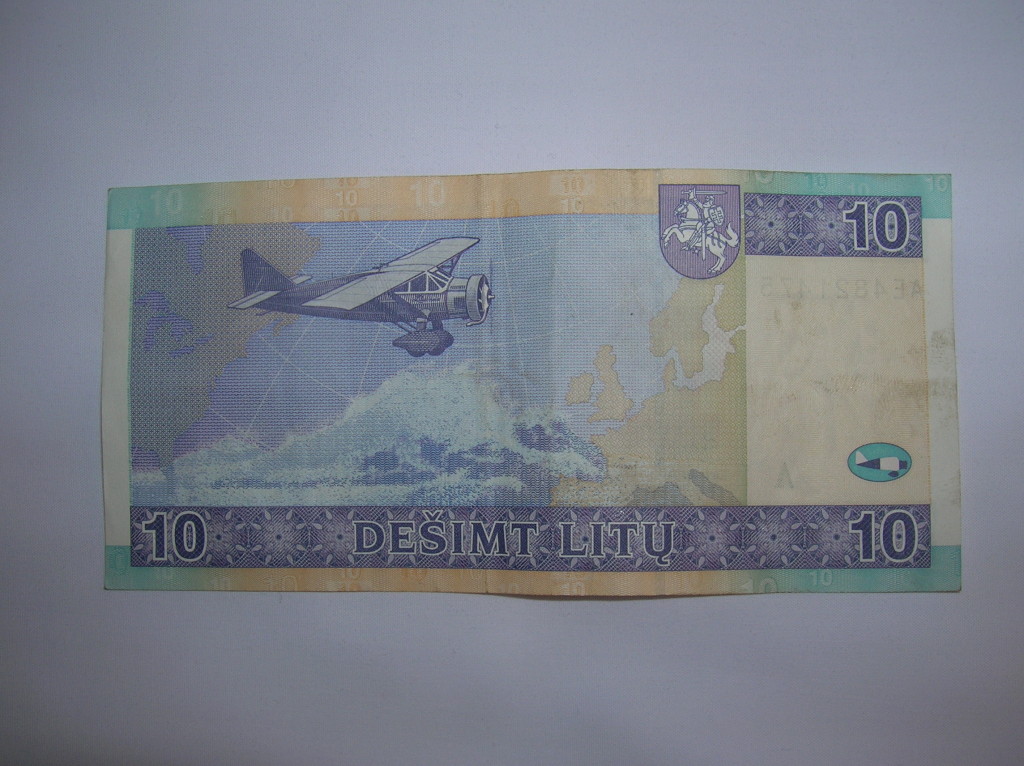 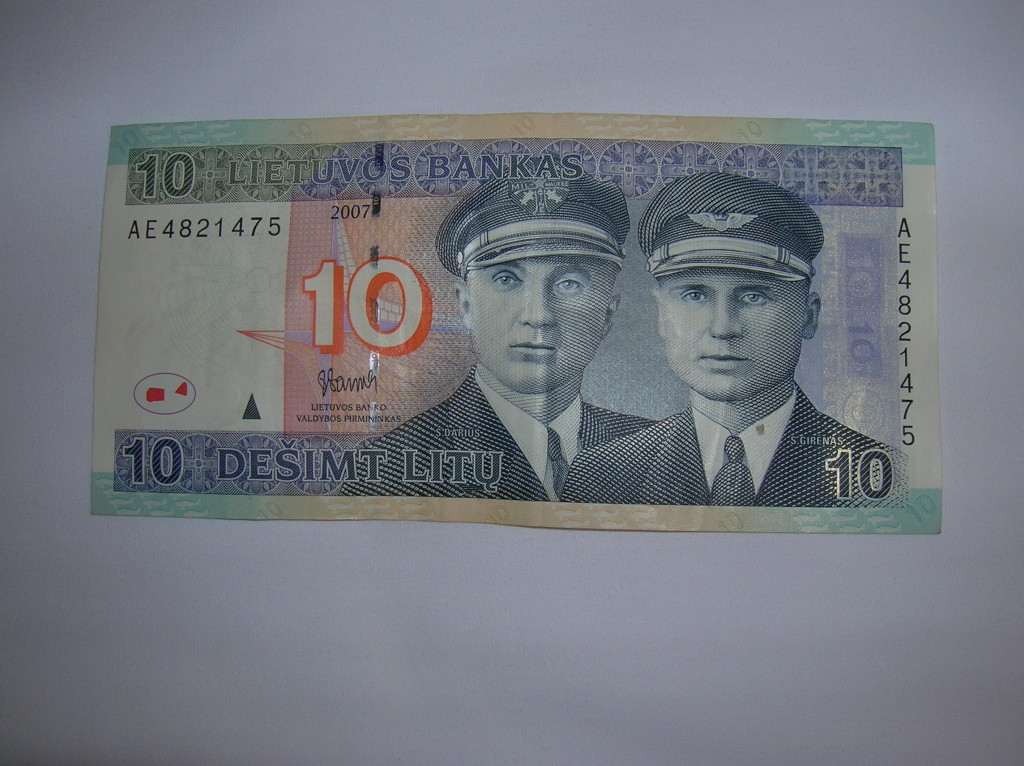 Tomorrow we drive to Kaliningrad, which is back in Russia. We’ll be crossing the border at the same location as the 1908 racers, except the 1908 racers crossed from Russia into Germany instead of from Lithuania into Russia. Our total drive tomorrow is about 300 km, with about 100 of that before the border and 200 after.