Wednesday came early for Luke, as he stayed up until 1 a.m. to order four new shocks for the Roadster. After about $200 in international phone calls, the shocks were in a box on their way to Russia, at a shipping cost that well exceeded the cost of the parts, which we hope will arrive in Krasnoyarsk before we get there on Sunday. 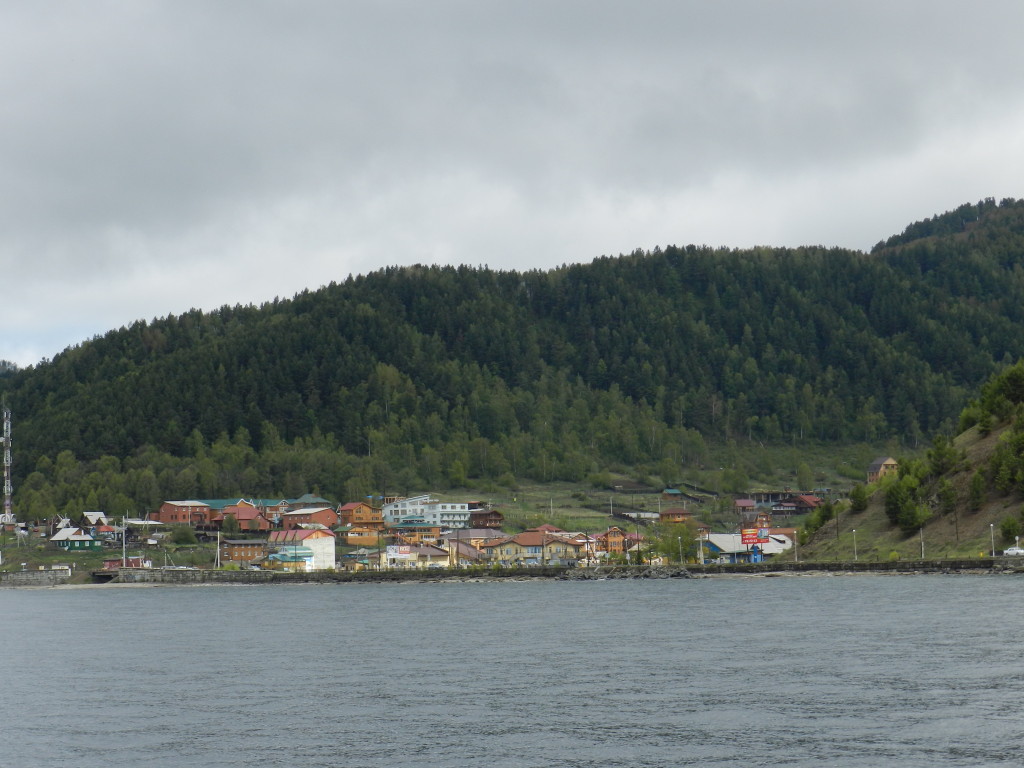 It rained all Tuesday night and into Wednesday morning, but by the time we hit the lake at 11, the sun was beginning to shine, and we enjoyed the mountain views as our cruise boat left the dock. A steady rolling of swells produced a soothing rocking motion in the boat that helped wash away the bumps and jars from the roads of the past several days. 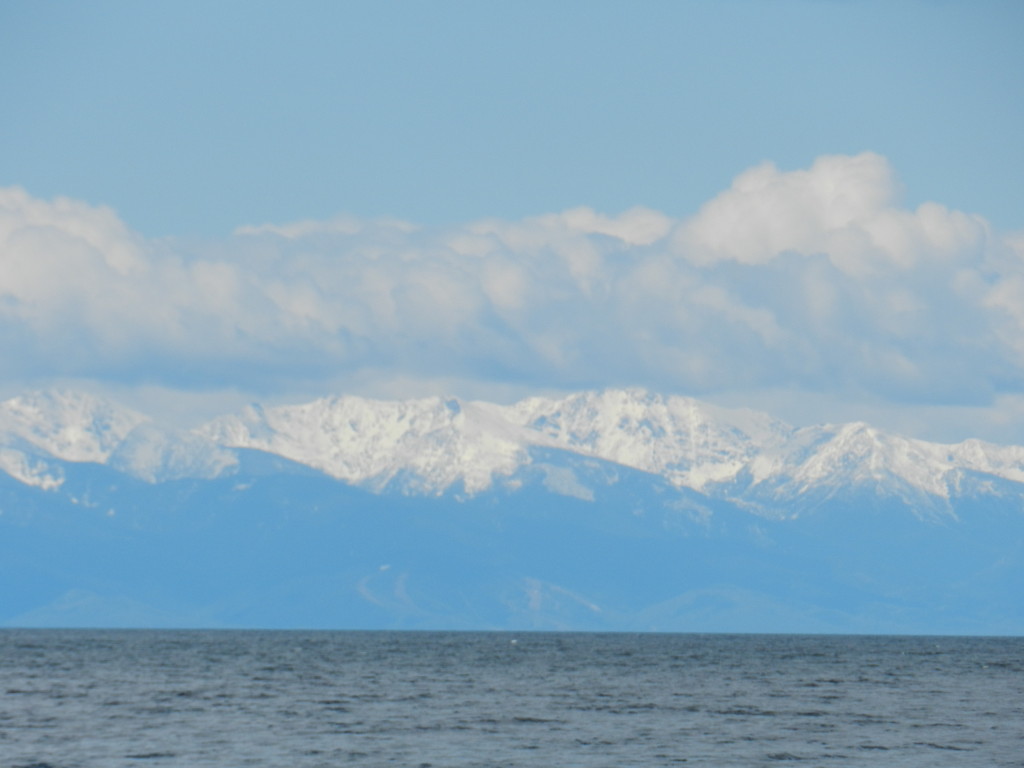 The boat headed towards the southwest shore of Lake Baikal, and after about an hour we arrived at a steep forested bluff scarred with long chutes from old landslides. Our goal was an old railway that runs around the southern part of the lake; it’s now used only occasionally for tourist trains. 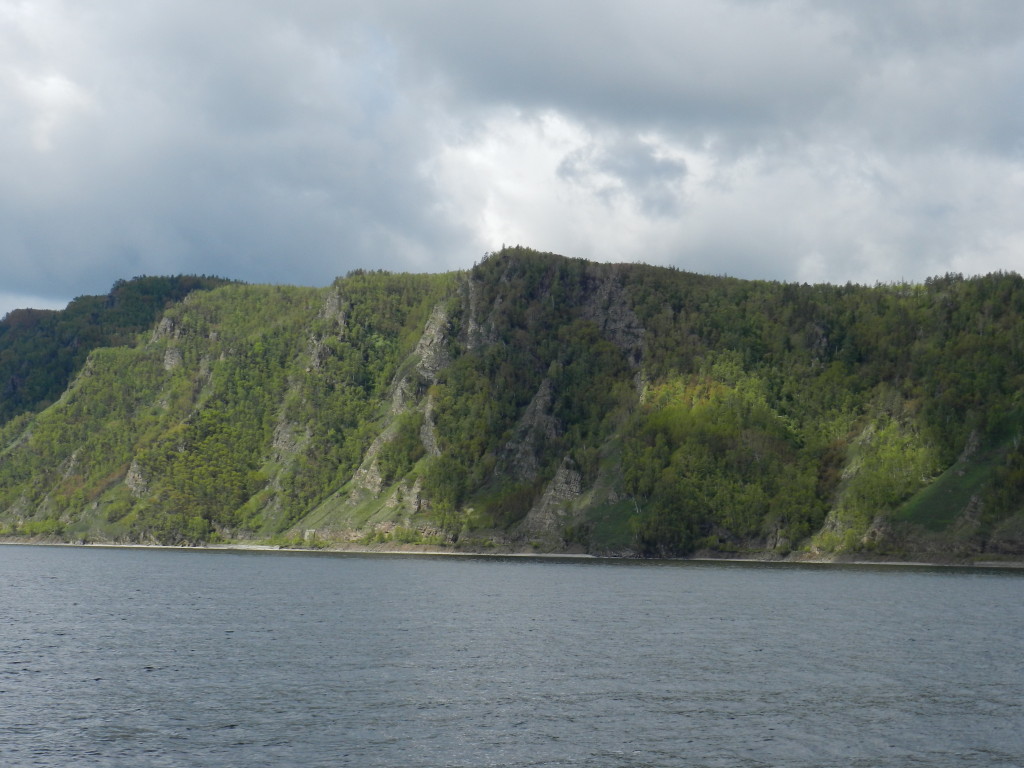 After docking and going down the gangplank, 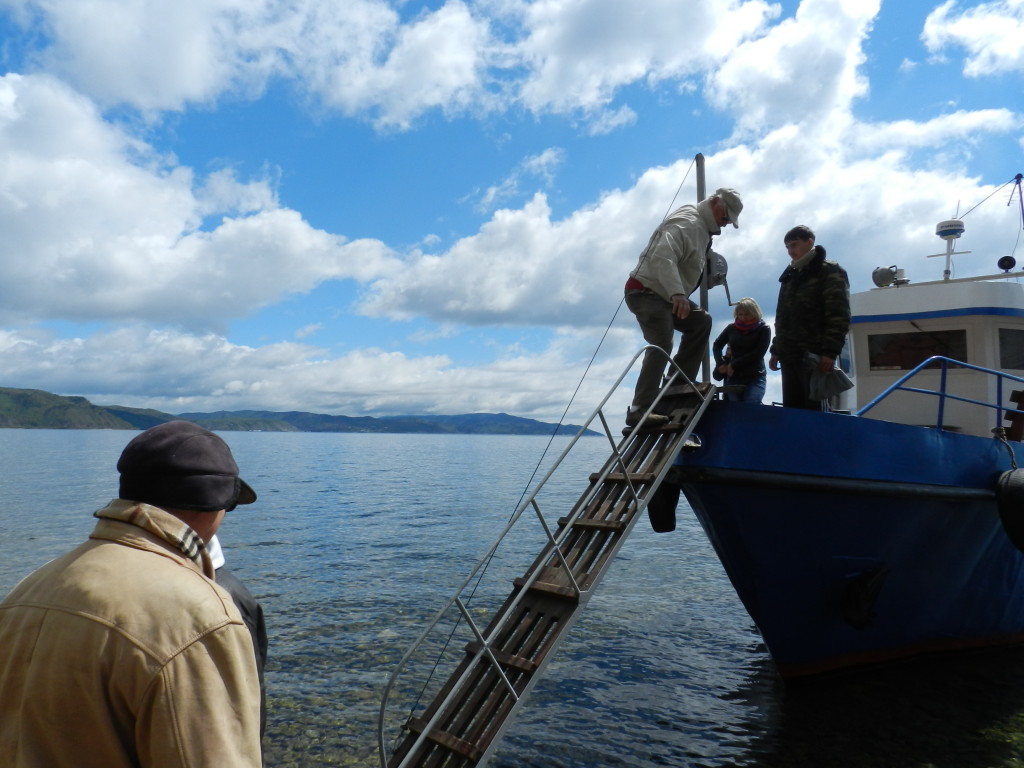 we climbed about 30 feet up the sandy and rocky bluff until we reached the railroad track and a tunnel. The 1908 racers would not have used this track or tunnel because they didn’t exist yet, but the railway and the tunnel are similar to those used during the time they drove along the Trans-Siberian Railway. 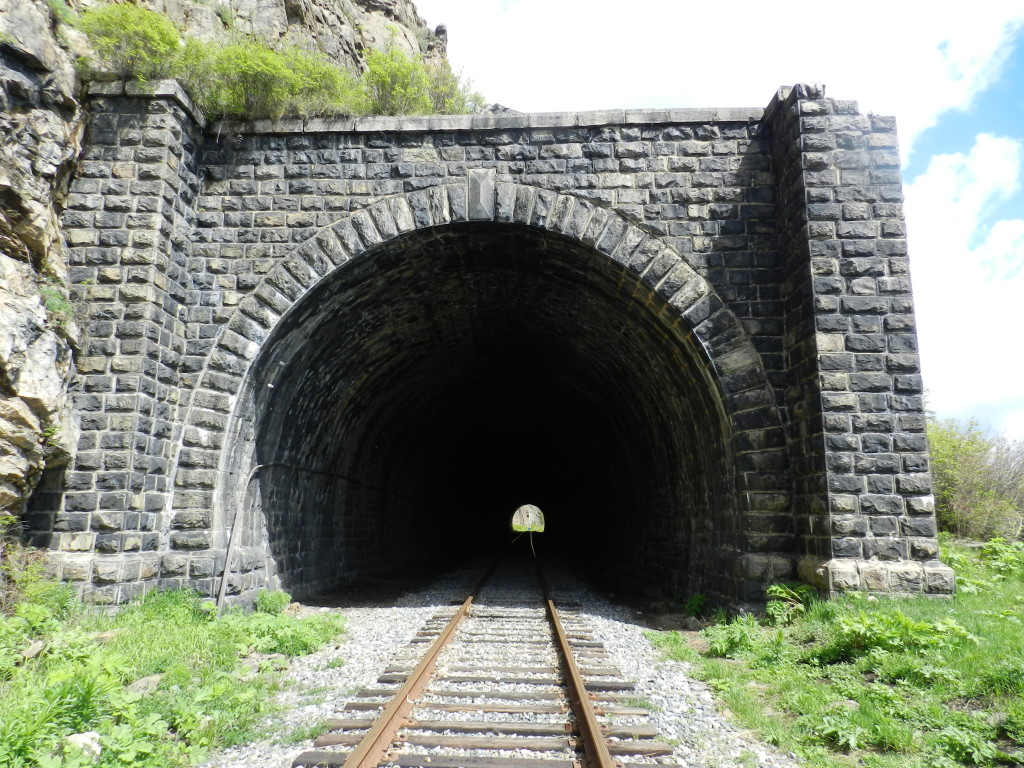 We walked through the tunnel, 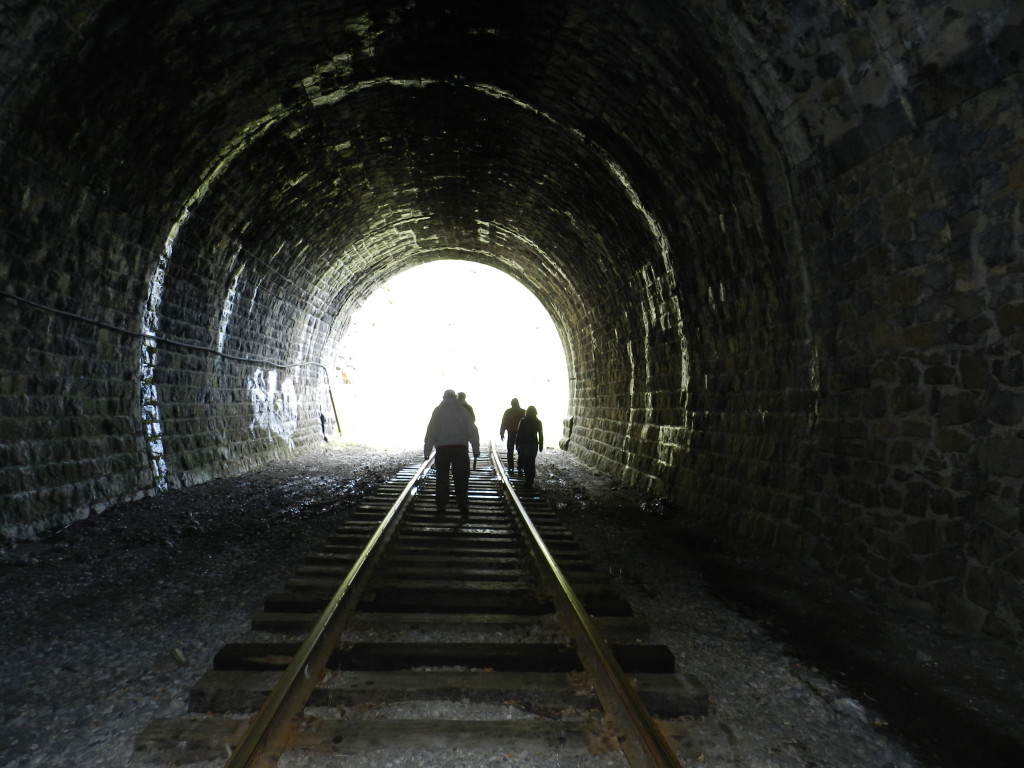 and then took in breathtaking views of Lake Baikal. 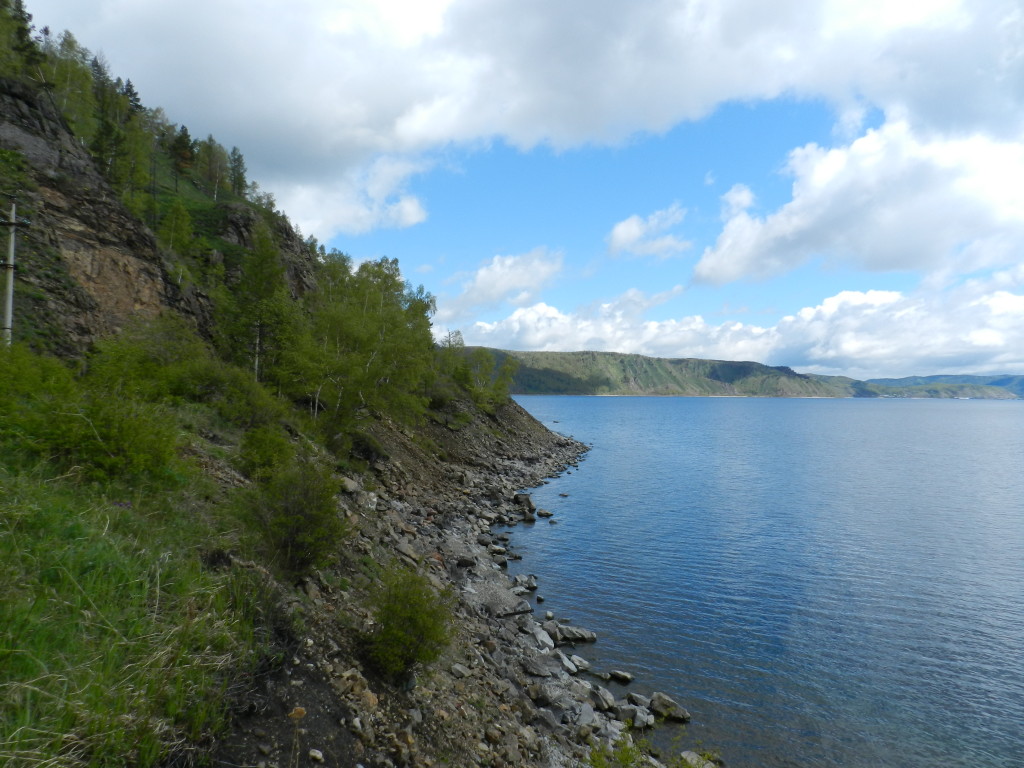 After heading back through the tunnel, we walked down the track in the other direction for a few hundred yards, and Luke found some railroad souvenirs in a ditch. 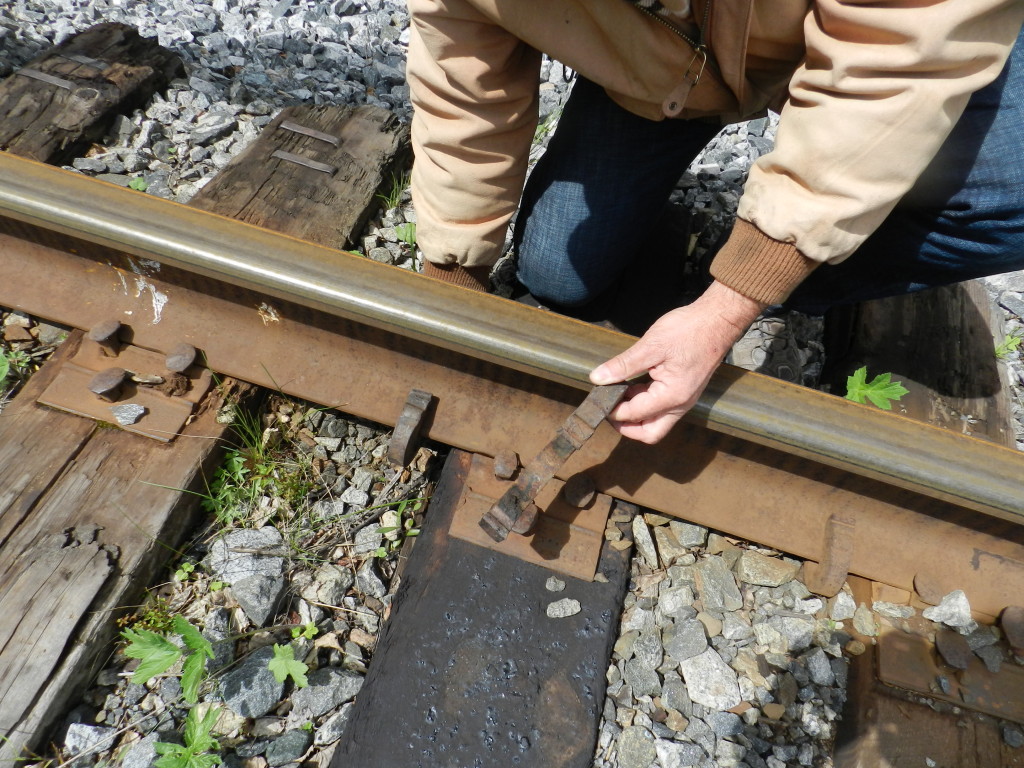 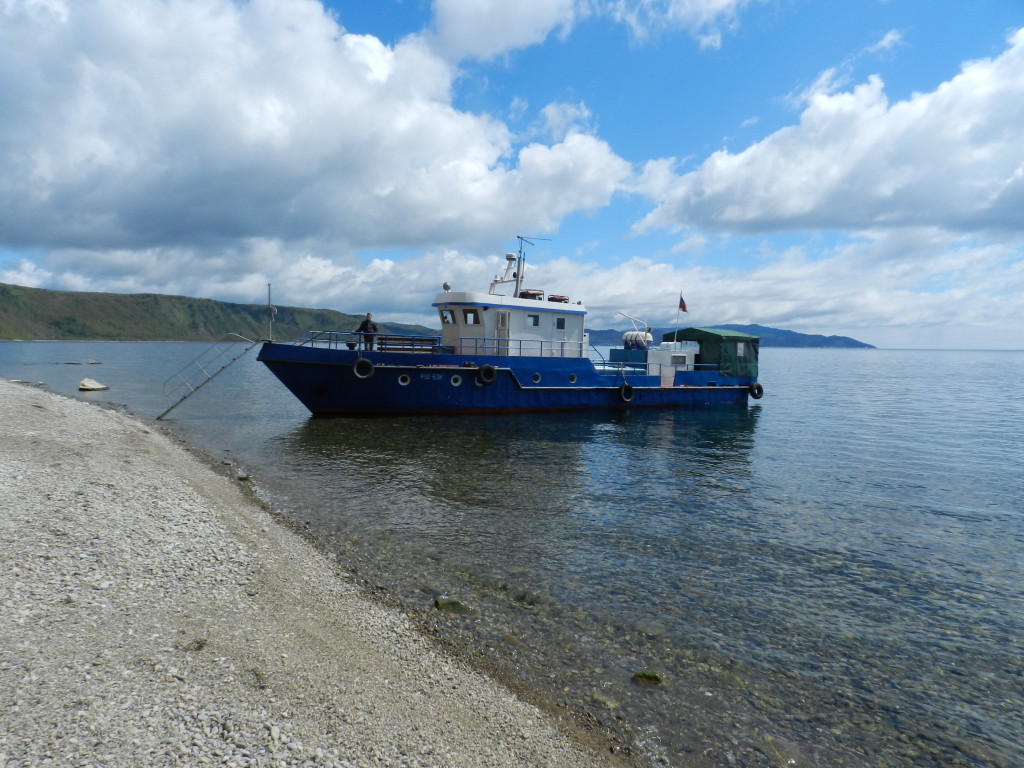 where Ksenia spread out a traditional Russian fisherman lunch for us, along with Vodka for toasting. We did three toasts, the first to meeting, the second to parents and the third to love. 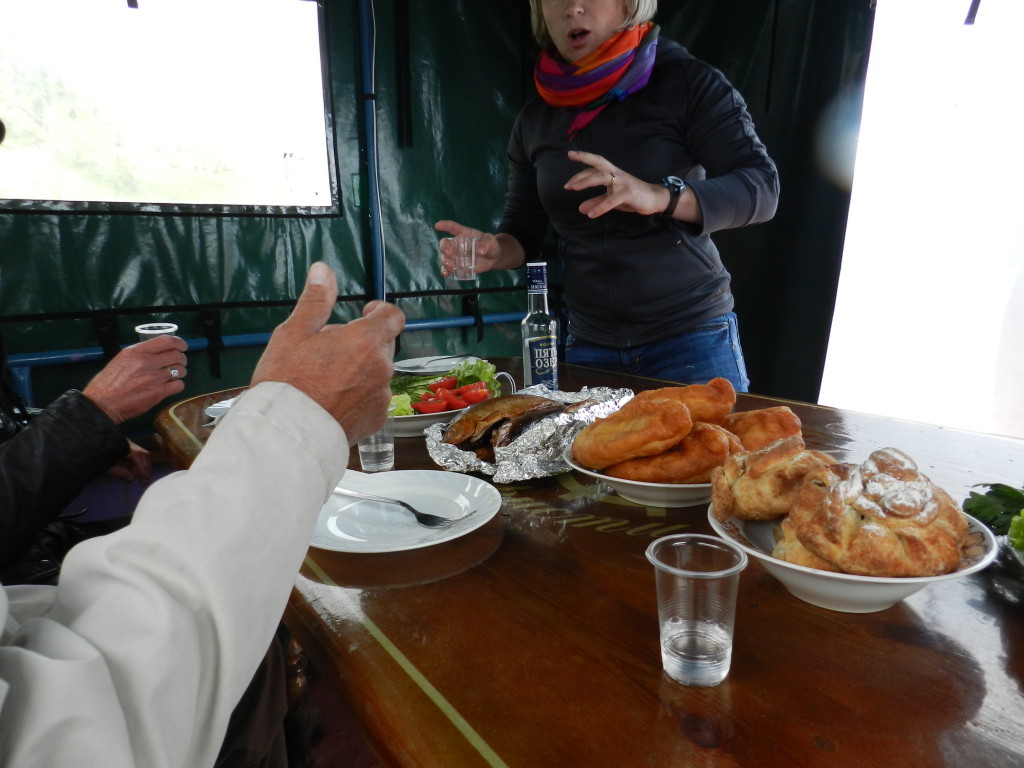 The lunch consisted of fresh vegetables, potatoes, cabbage piroshkies, smoked omul, which is a type of fish found only in Lake Baikal, and apple pastries for dessert. The omul was delicious, but it also comes with a warning. When we checked into our new hotel in Irkutsk this afternoon, there was a sign on my desk that read, “Omul has a specific smell. We would ask you not to keep it in your mini-bar or on  windowsill. Being kept on a windowsill it can be spoiled. In a mini-bar omul can spoil a fridge and food products in it; in this case the price of them will be included into your bill. Reception has a special fridge for keeping fish. Please, follow our recommendations.” We will! 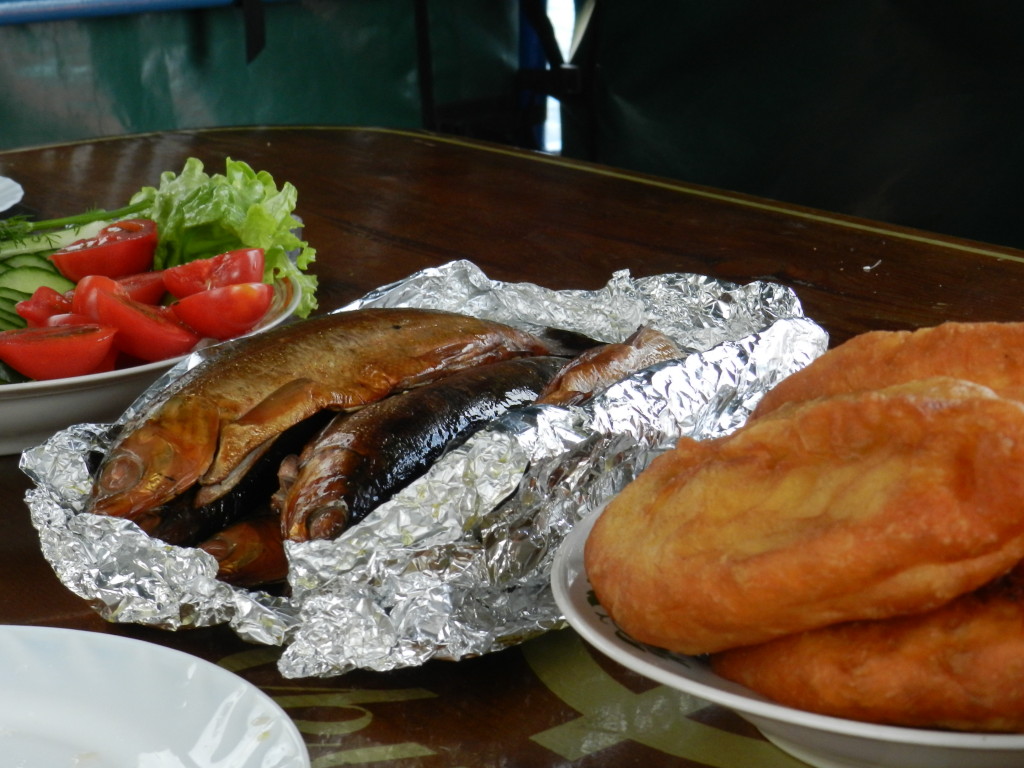 After lunch we cruised along the shoreline for over an hour before returning to the dock. Along the way, we saw the area where the original racers would have landed after their ferry ride across the lake. The area is shown on the left part of the photo below, at the entrance to the Angara River, the only river that flows out of Lake Baikal. The road the 1908 racers took along the eastern bank of the Angara to Irkutsk no longer exists —  it was flooded over when a dam was built in Irkutsk. 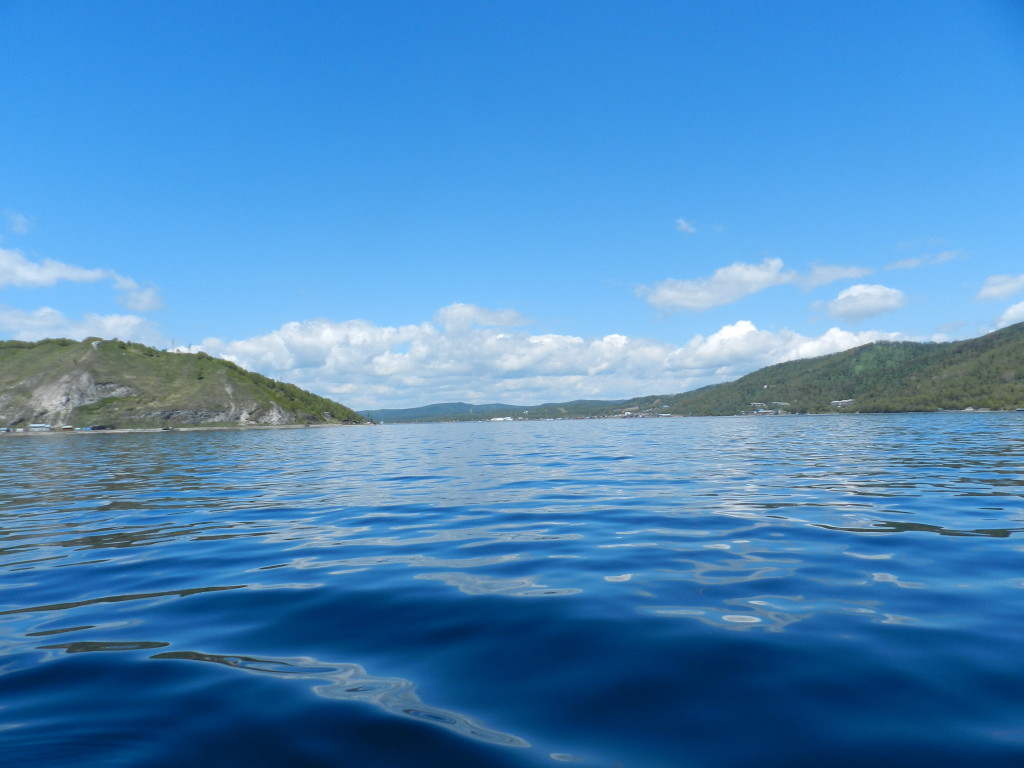 After the cruise and some souvenir shopping, we returned to the hotel for some more brake light troubleshooting. 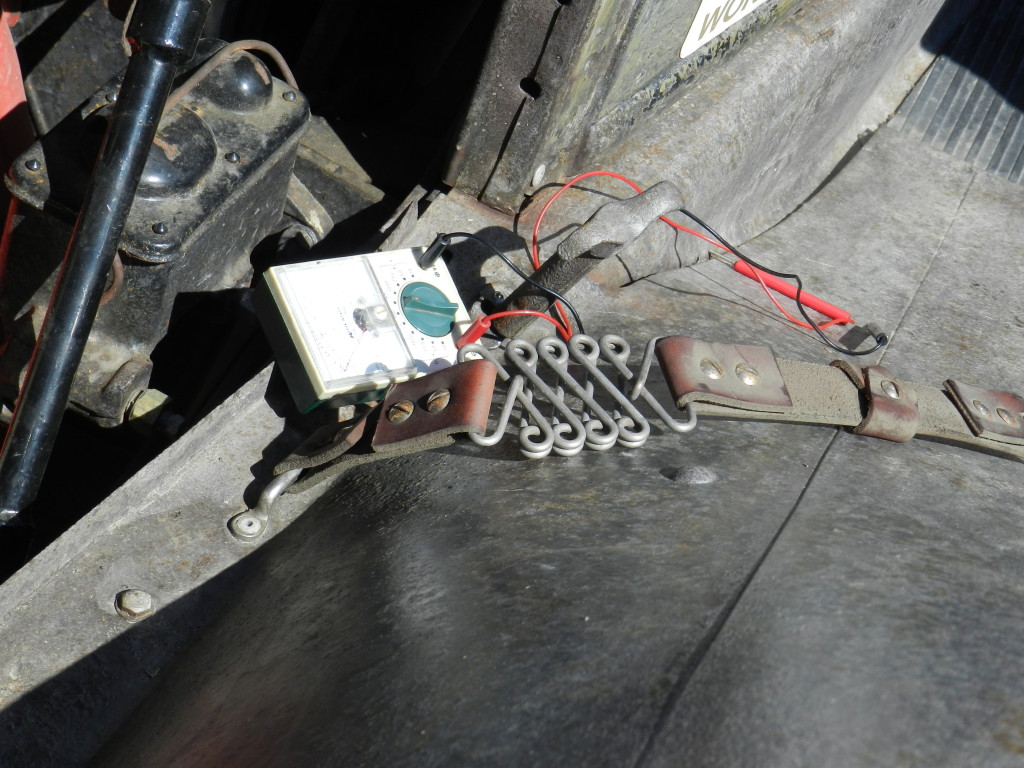 Luke found that the clutch was catching on the brake light switch wires, and that had chafed away some of the insulation. 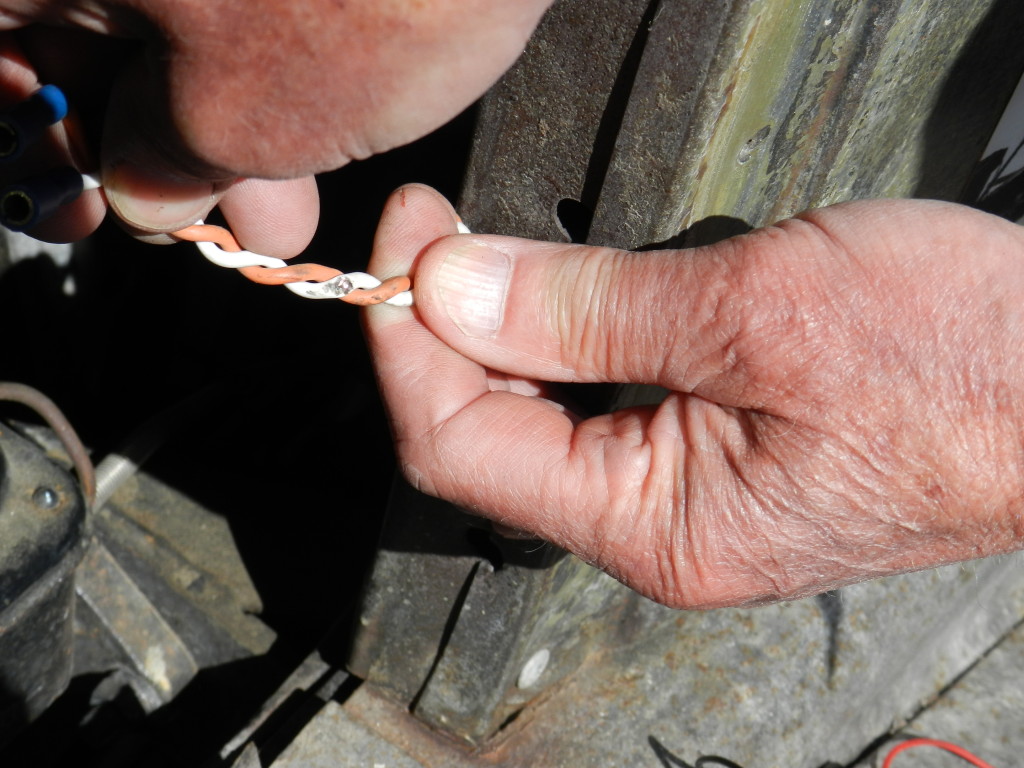 After wrapping the wiring with electrical tape and securing it with a tie wrap, Luke and John are now confident that the problem has been solved. I sure hope so — we’ve already nearly exhausted the spare fuses John bought in China. The repair also brings us to six tie wraps on the Roadster, for those who are keeping count! 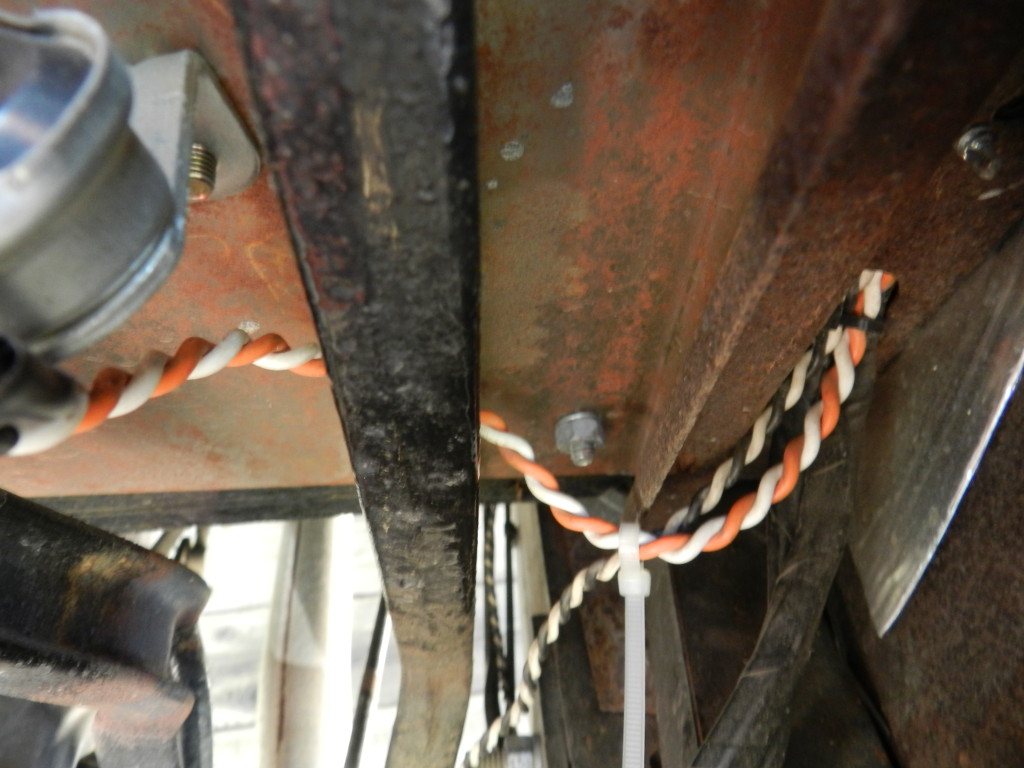 Luke also had to surgically repair the right taillight lens cover, which had broken into four pieces. It looks as good as new! 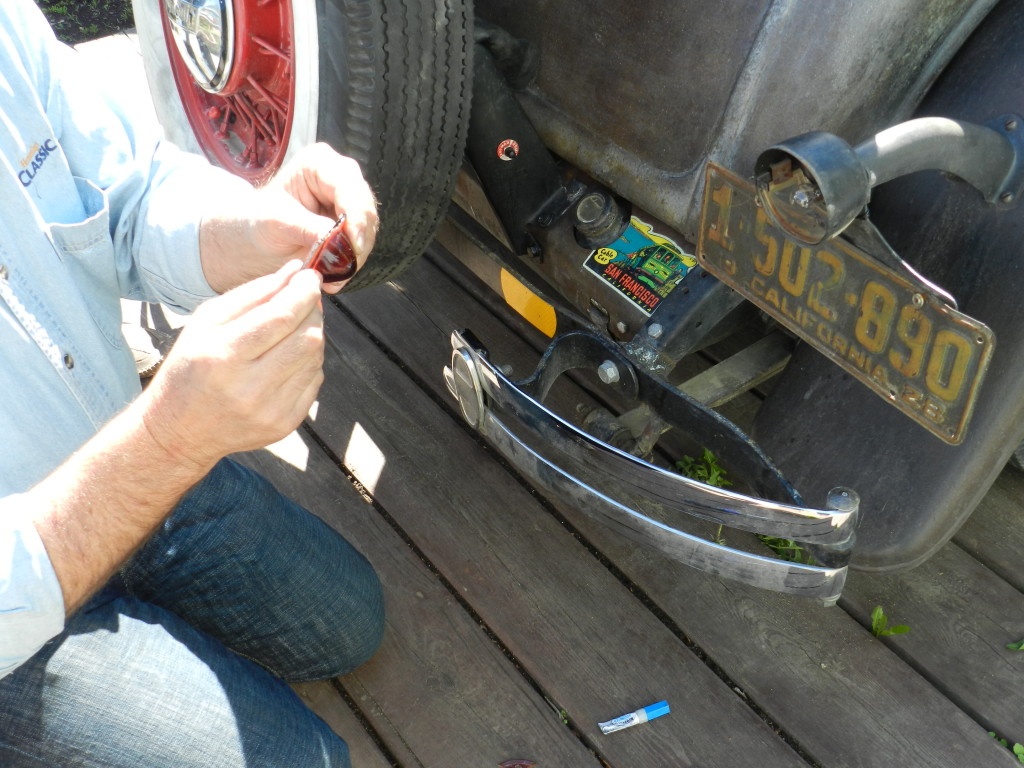 Gluing the taillight back together (Eileen Bjorkman photo) 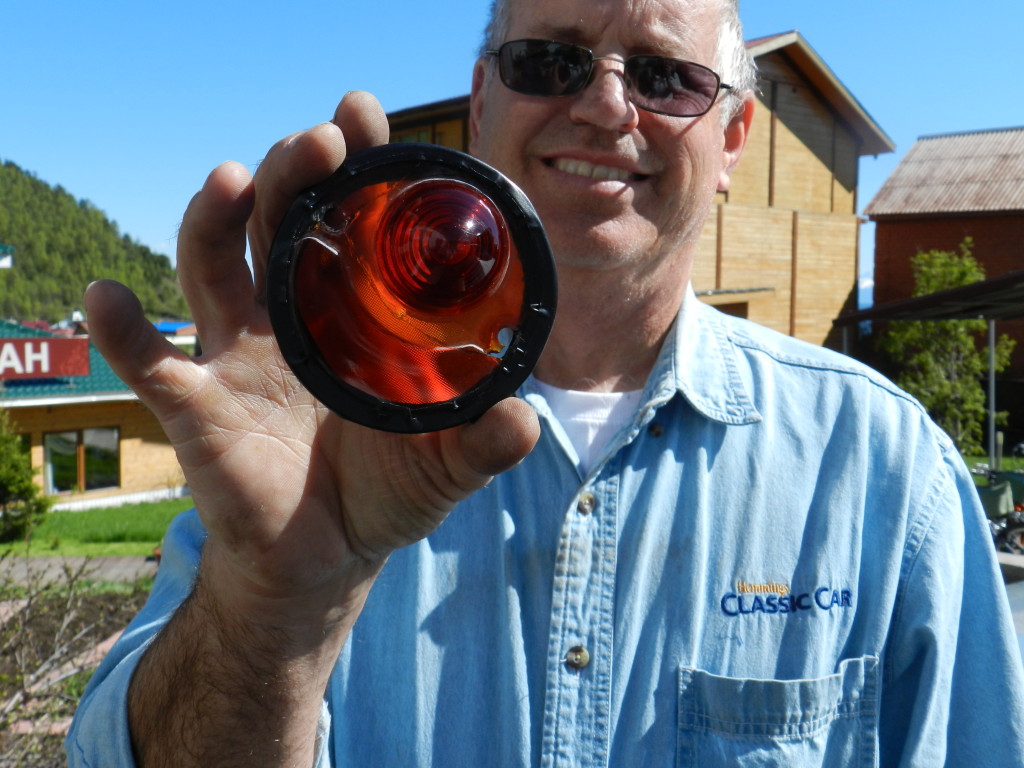 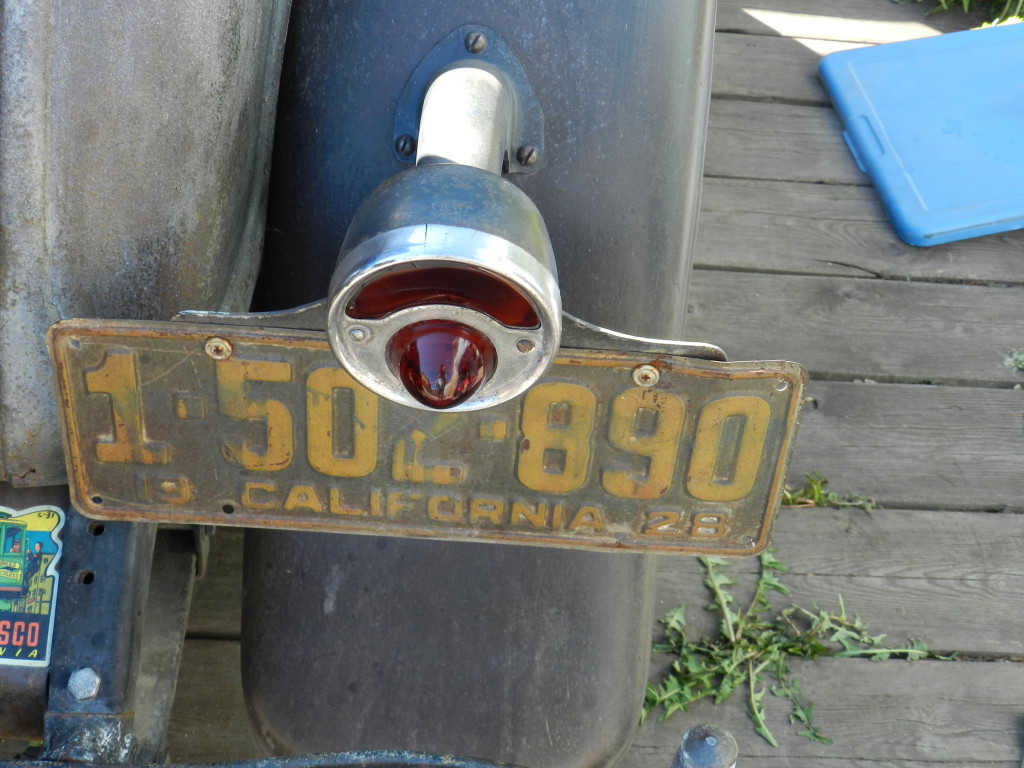 Today we visited the Taltsy Museum of Wooden Architecture during our drive to Irkutsk, where we saw dozens of examples of ancient and modern construction techniques for buildings, homes, churches, and fortresses. Luke was in construction heaven. The museum is located on the Angara River, so we had a chance for some nice river views as well. 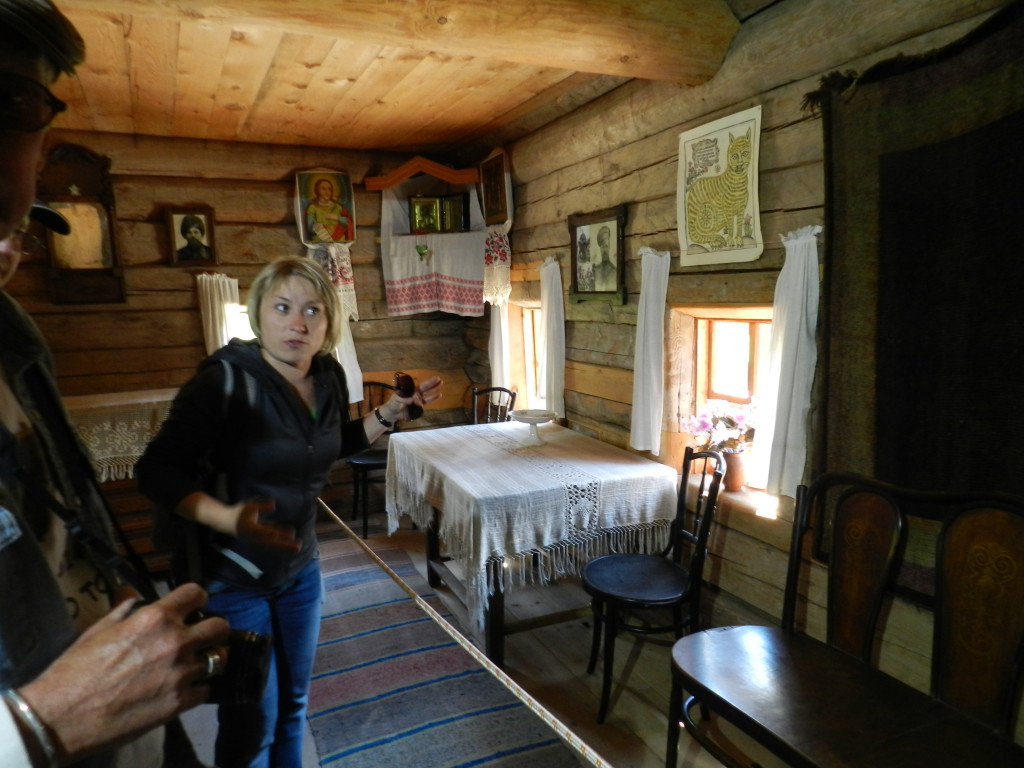 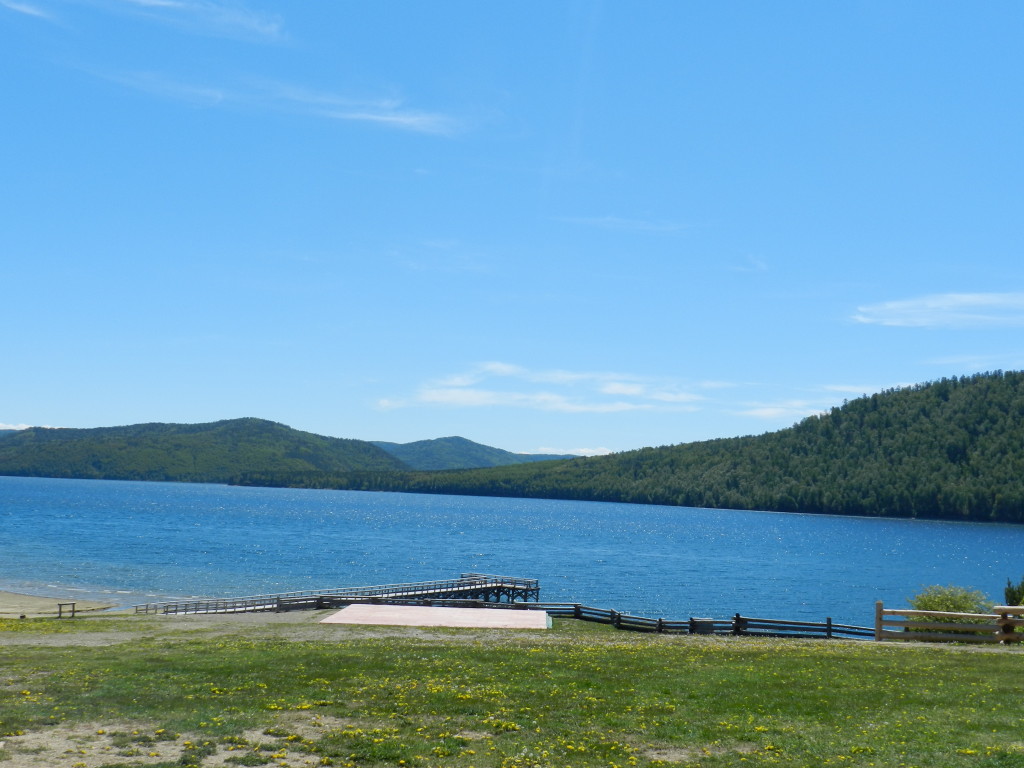 The Angara River, the only river that flows out of Lake Baikal (Eileen Bjorkman photo)

When we arrived in Irkutsk, we took a wrong turn and got to drive across the Angara Dam, and then we visited the Angara Icebreaker, which is now a museum. The Angara and its sister ship, the Baikal, were the two ferries that operated across Lake Baikal at the time of the race. The Baikal sank during the Russian Civil War. We haven’t found any specific evidence that says the Angara actually carried one or more of the race cars, but there is a good chance that it did. 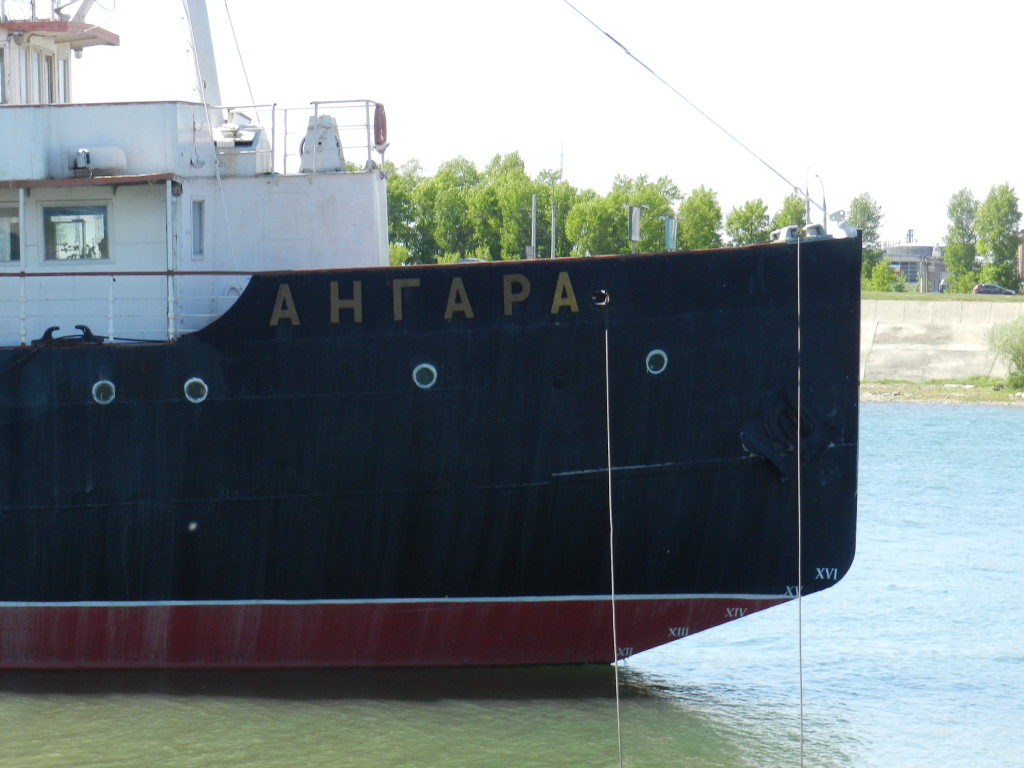 We arrived at our hotel and took a short walking tour of Irkutsk, which included the spectacular Bogoyavlensky Cathedral, the Irkutsk World War II memorial, and a wedding party. 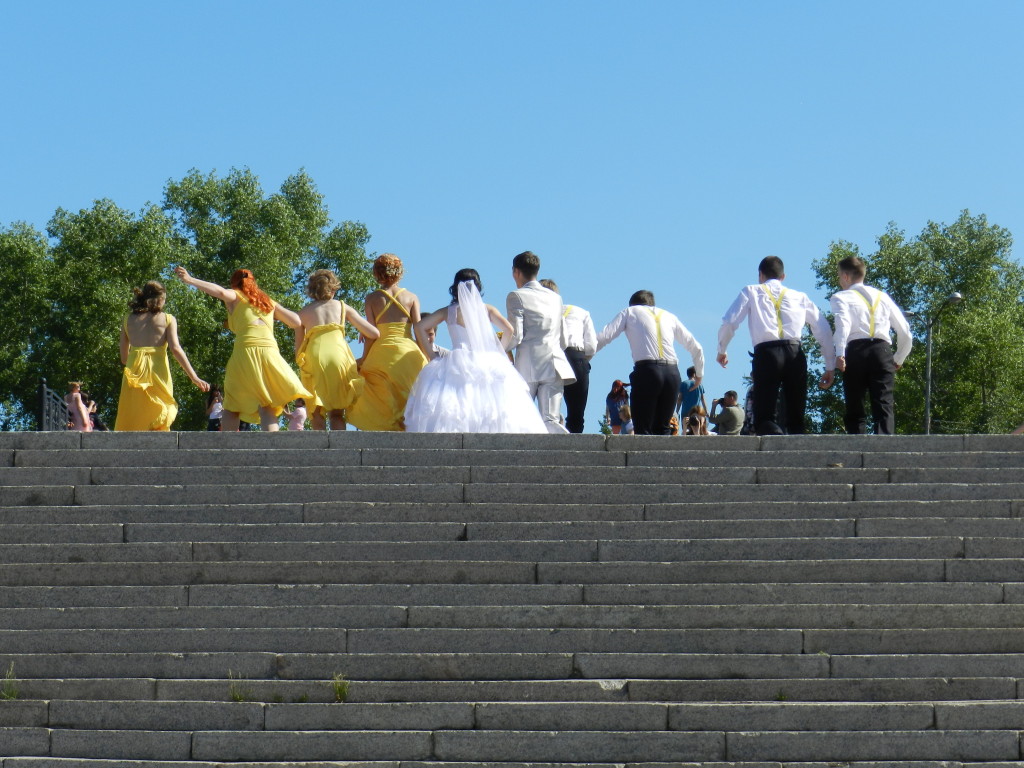 Tomorrow we head to Tulun, a town 464 km from here. 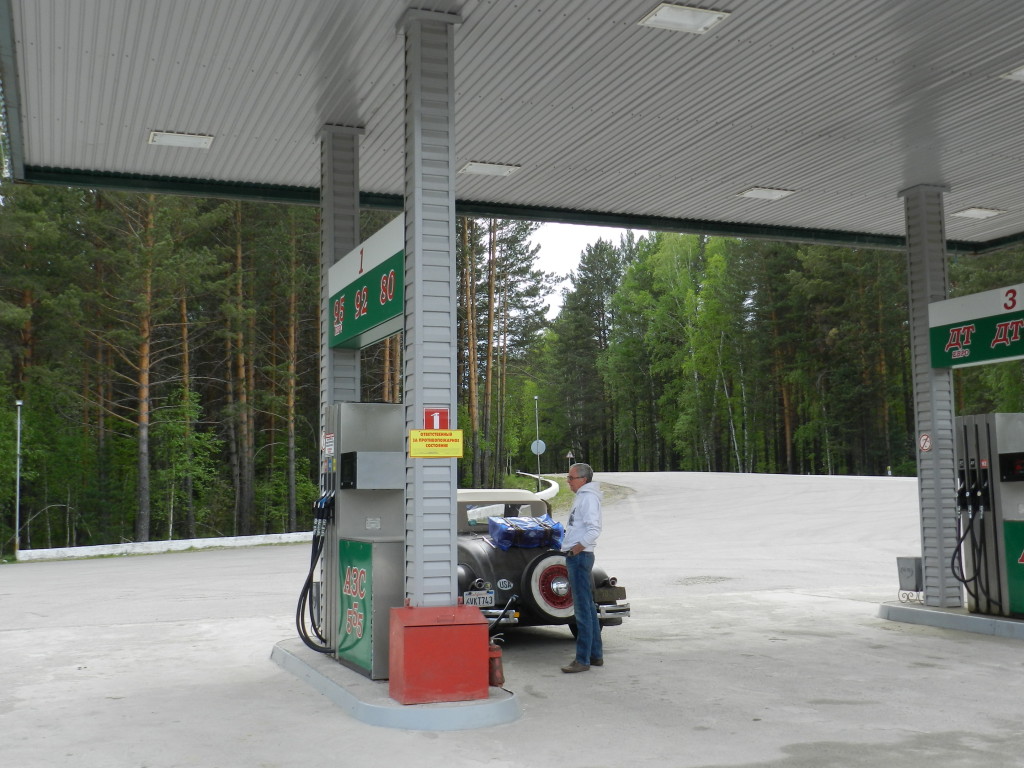 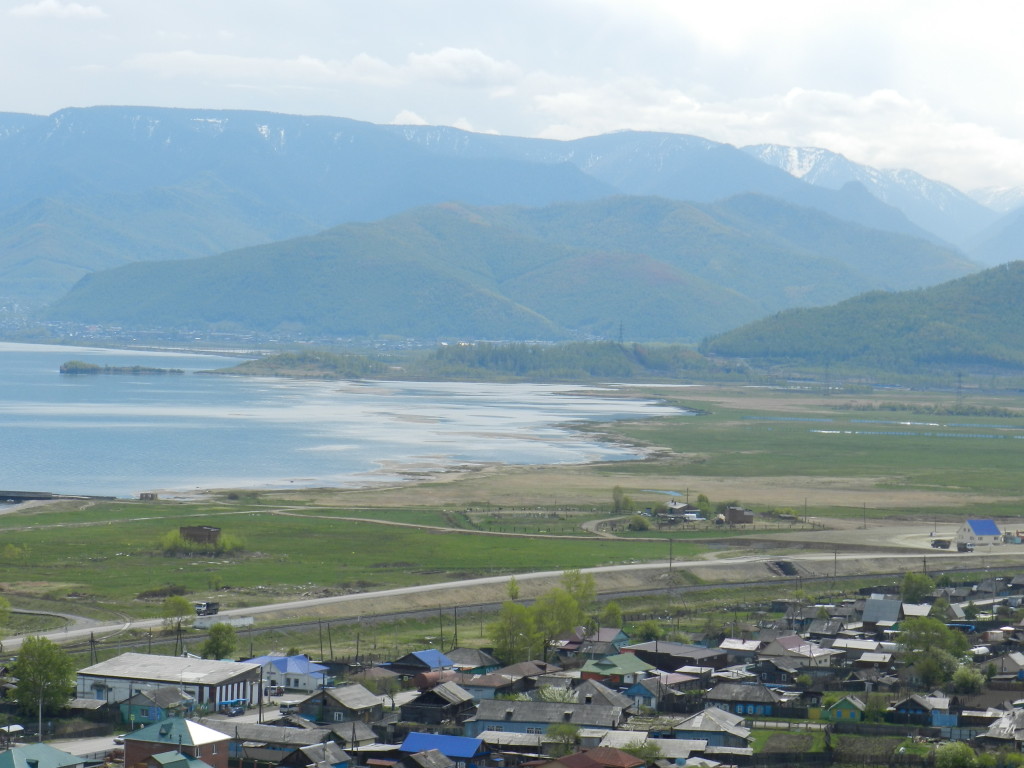 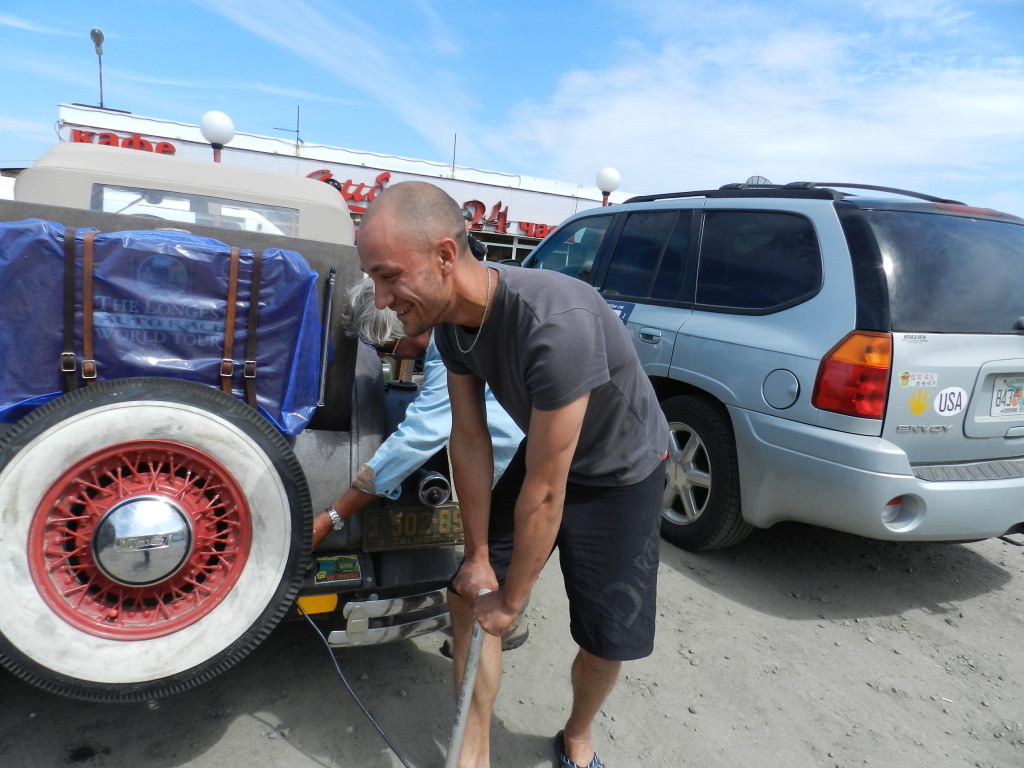