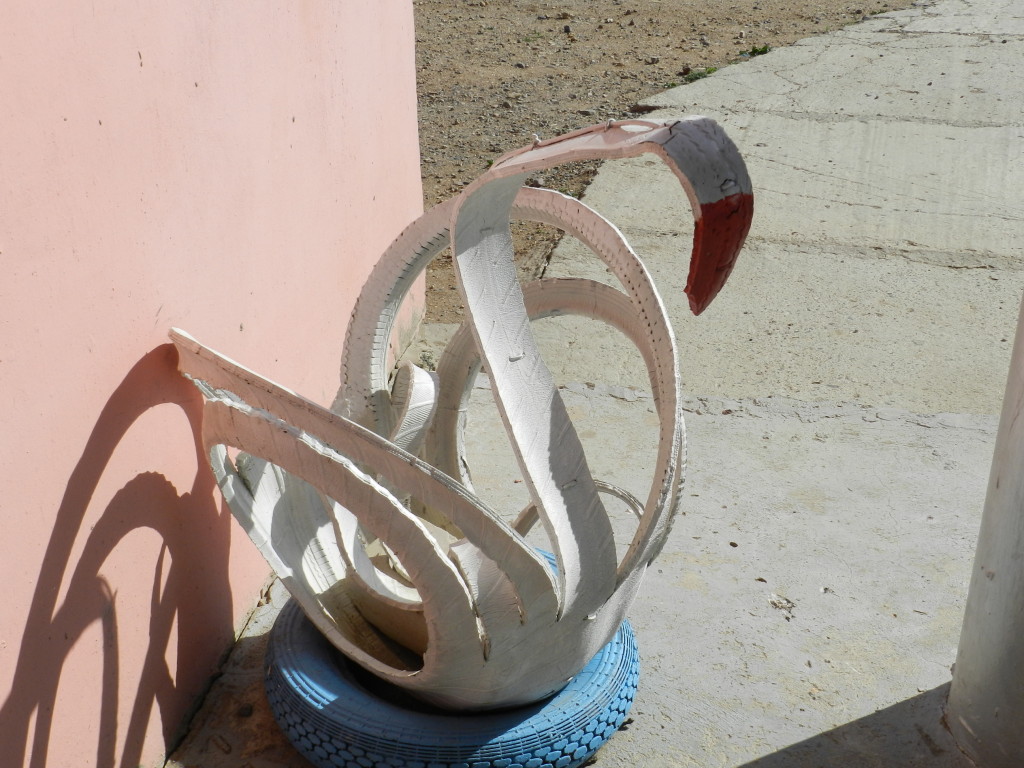 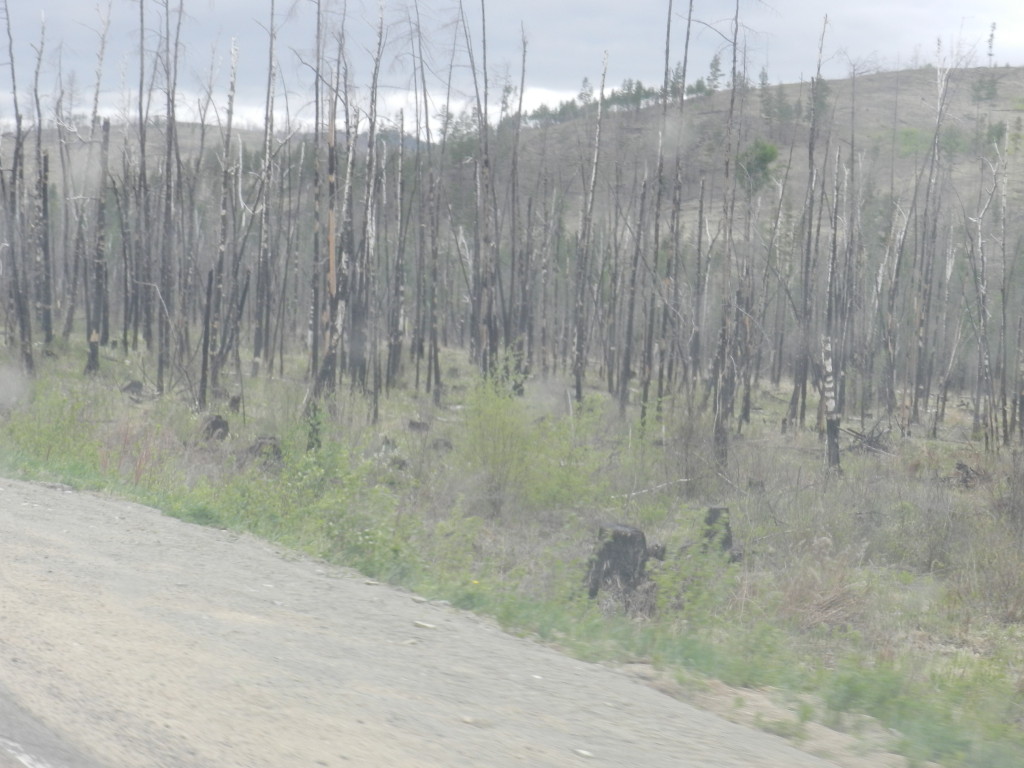 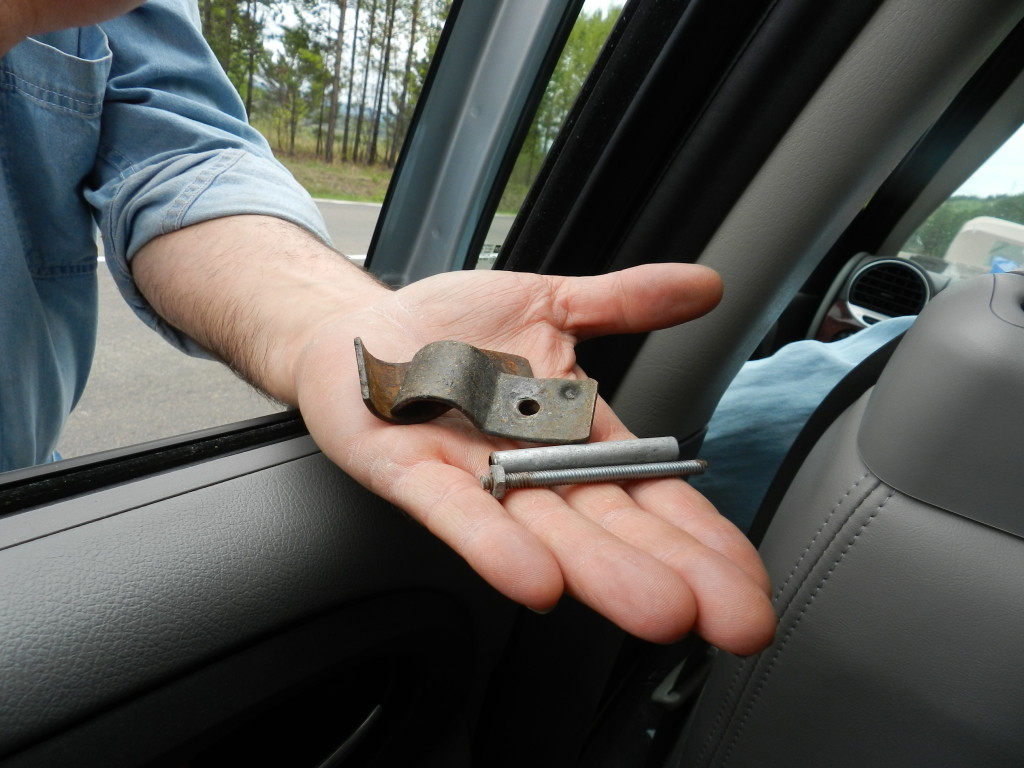 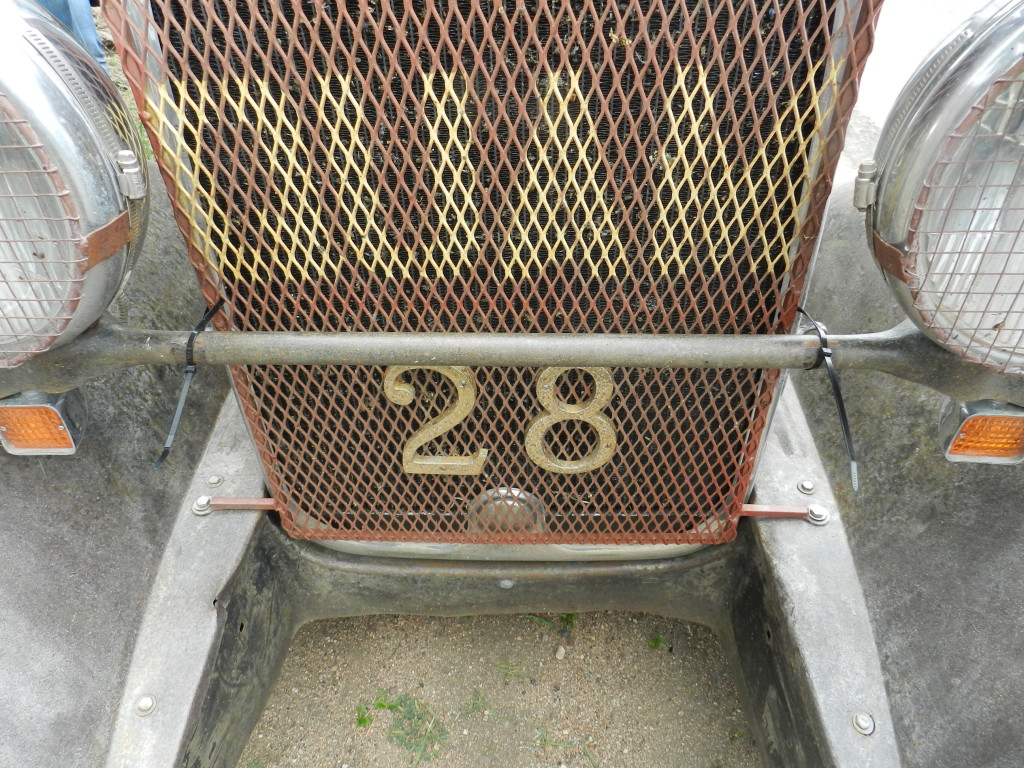 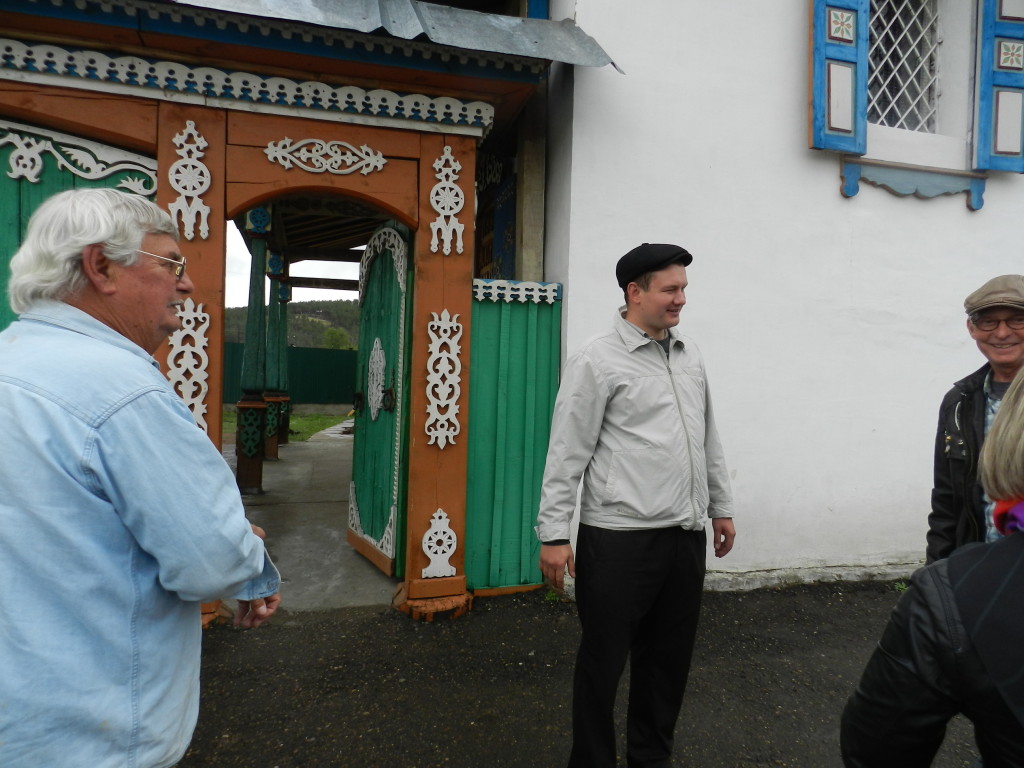 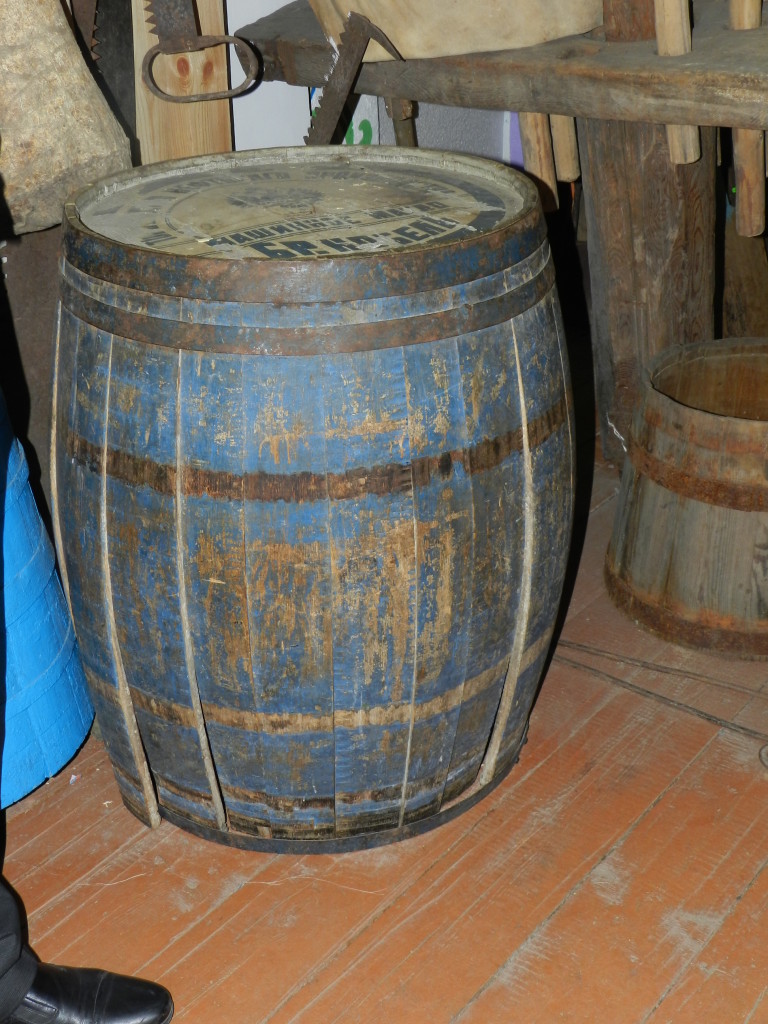 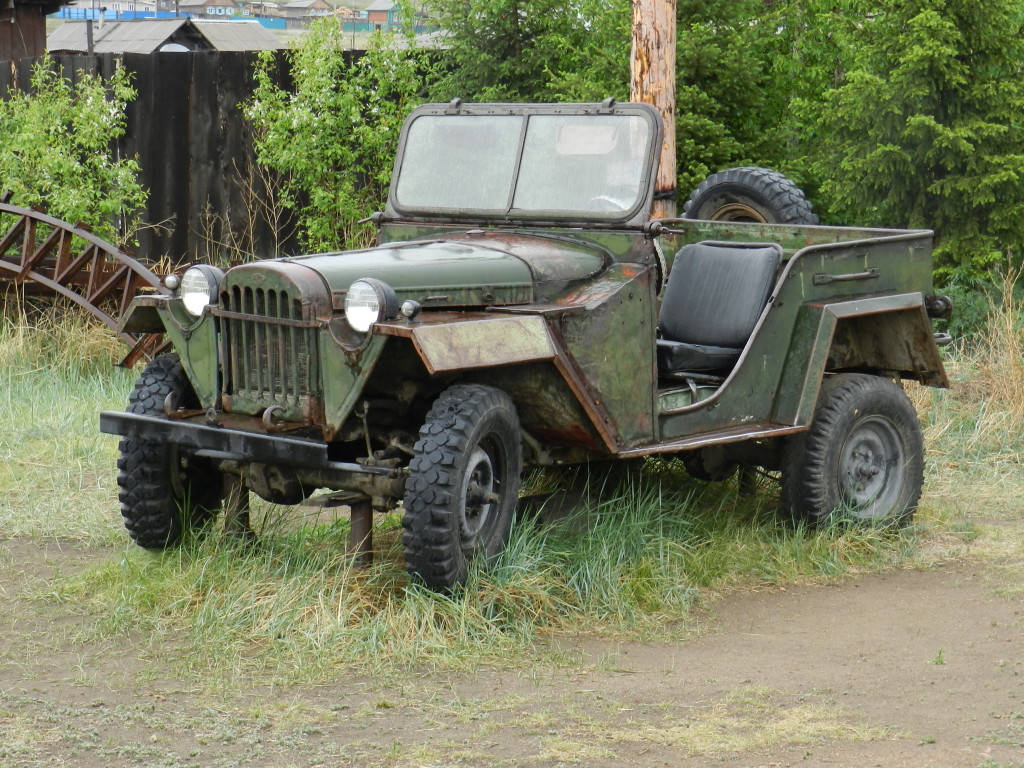 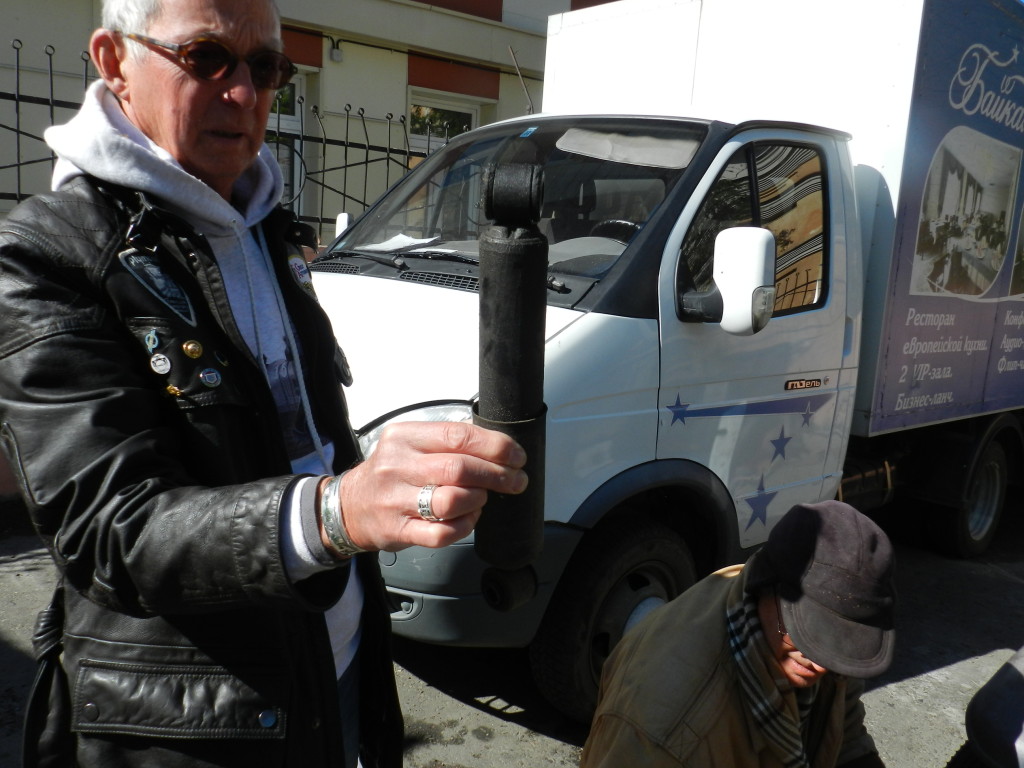 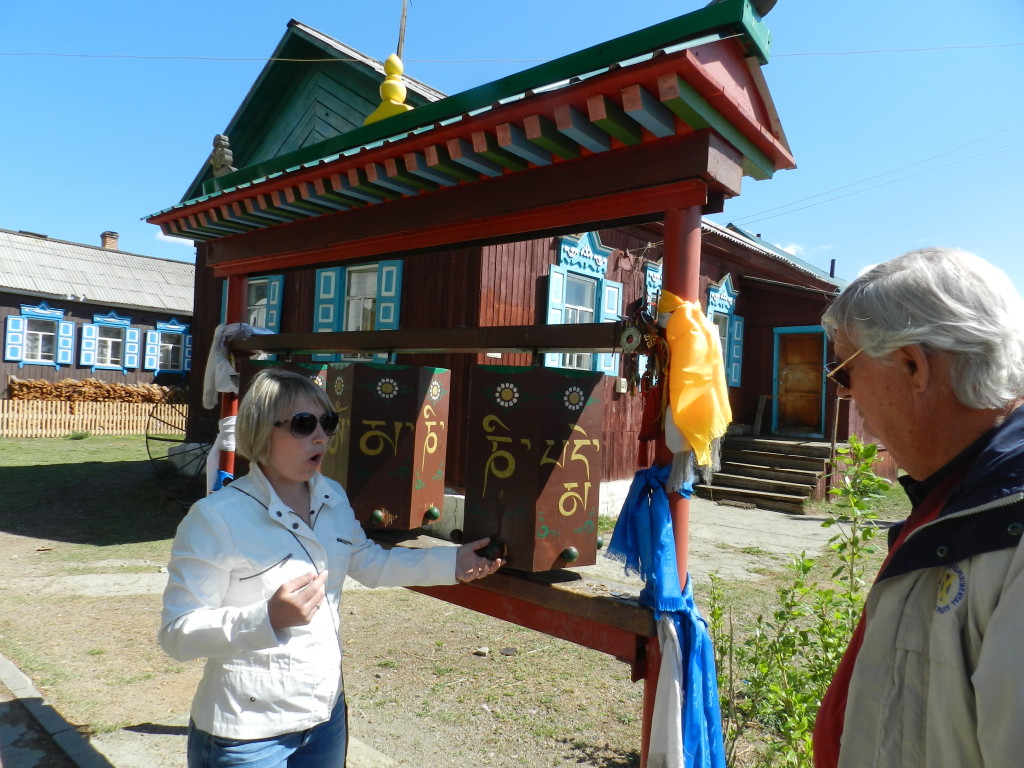 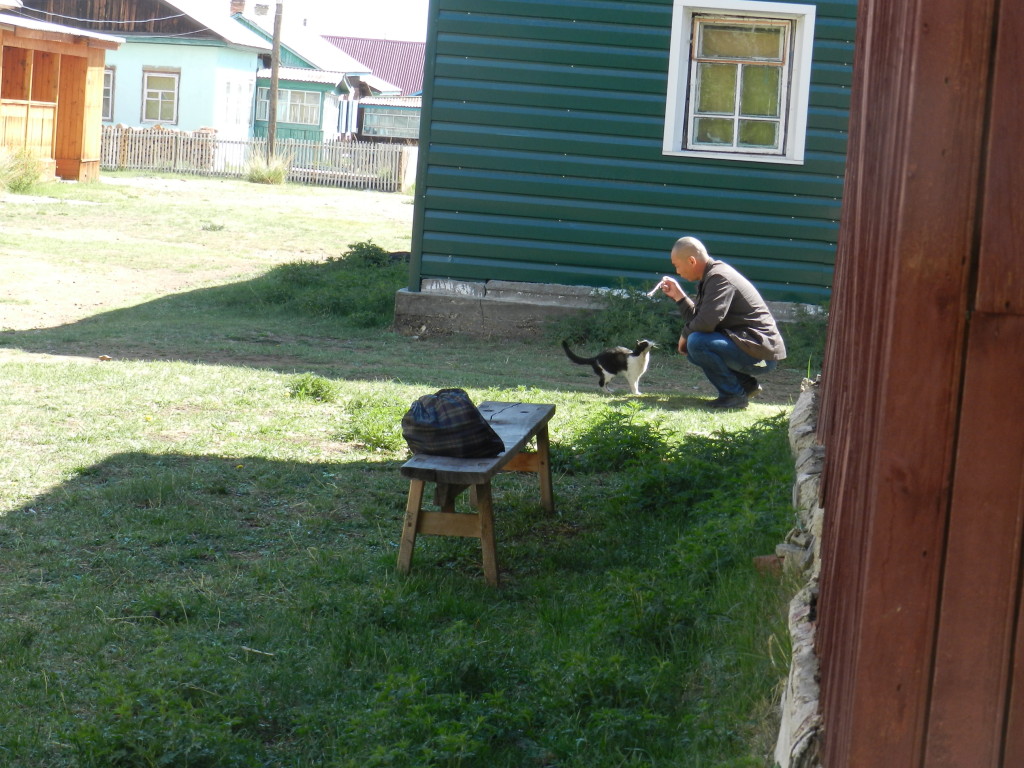 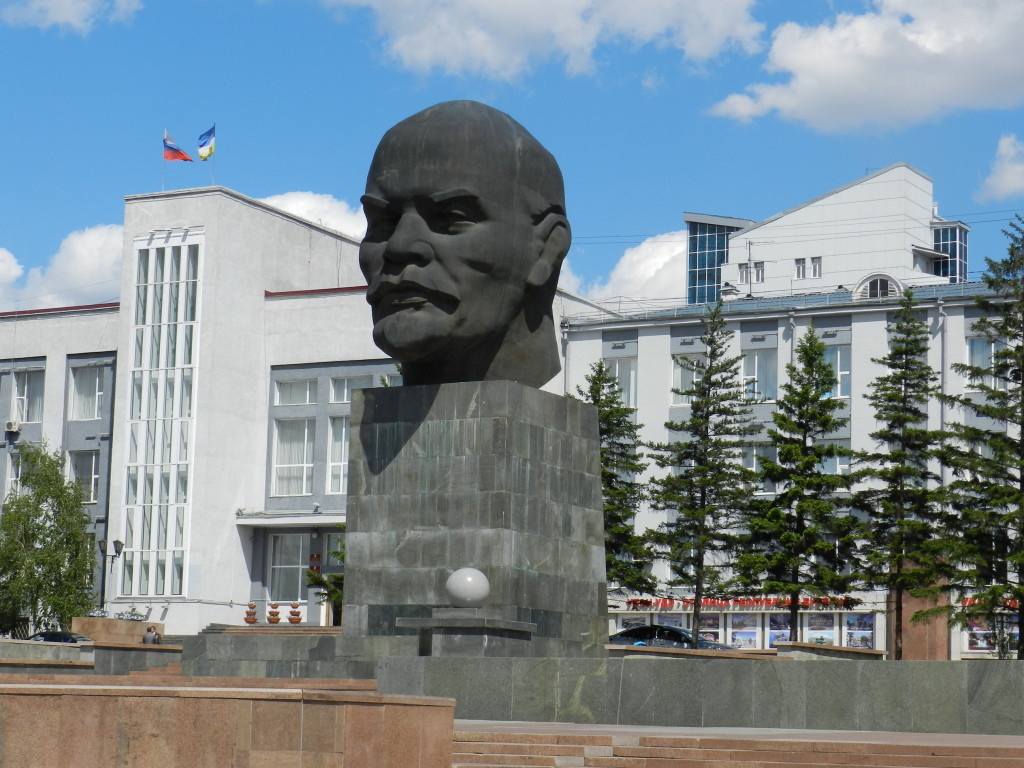 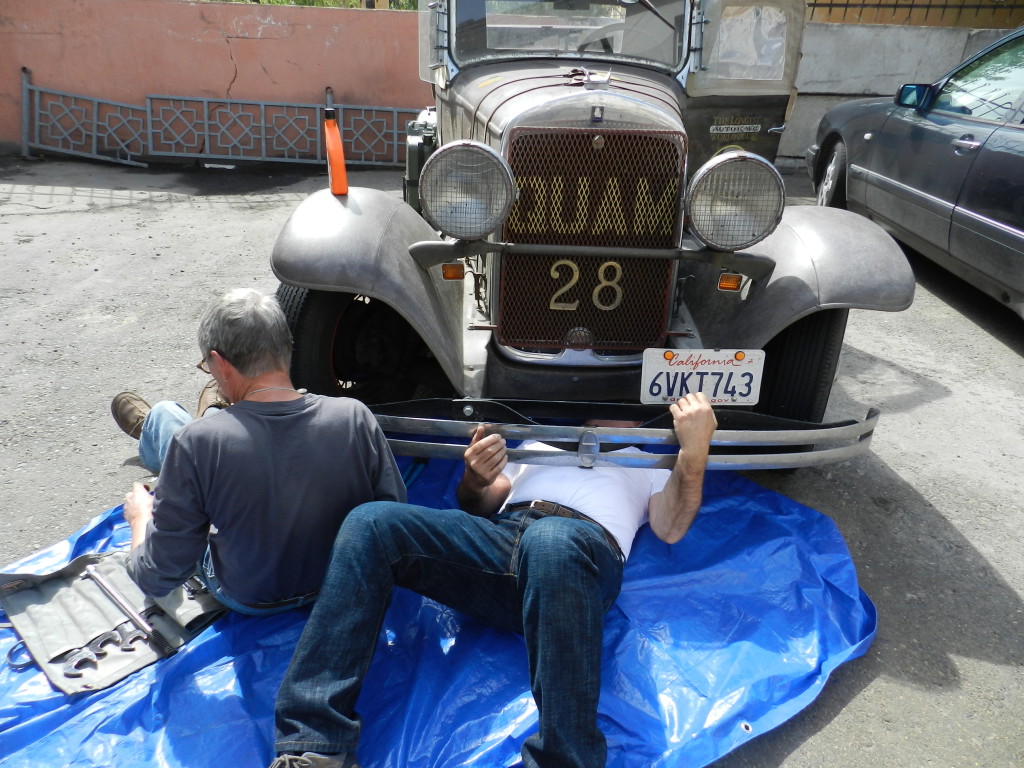 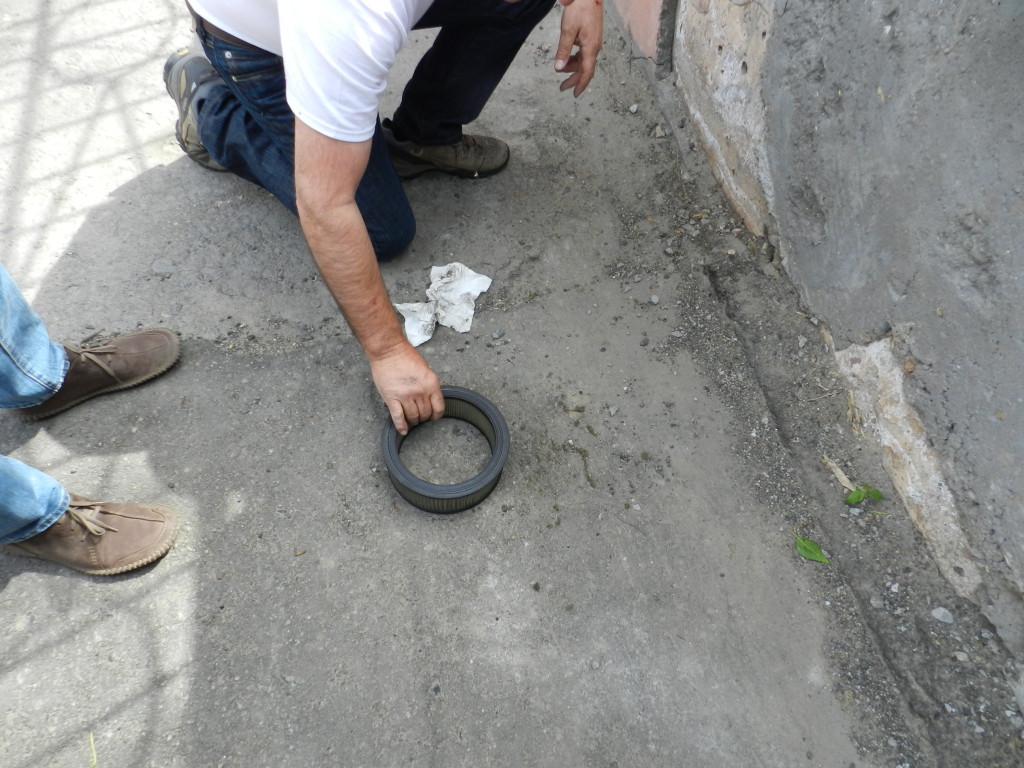 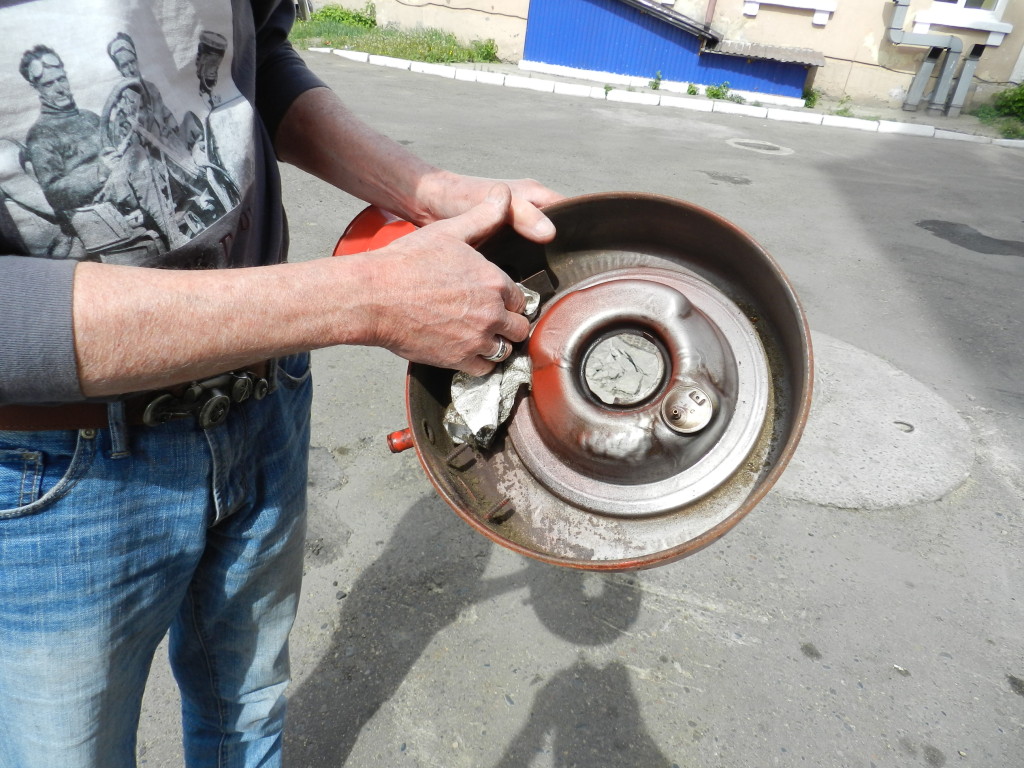 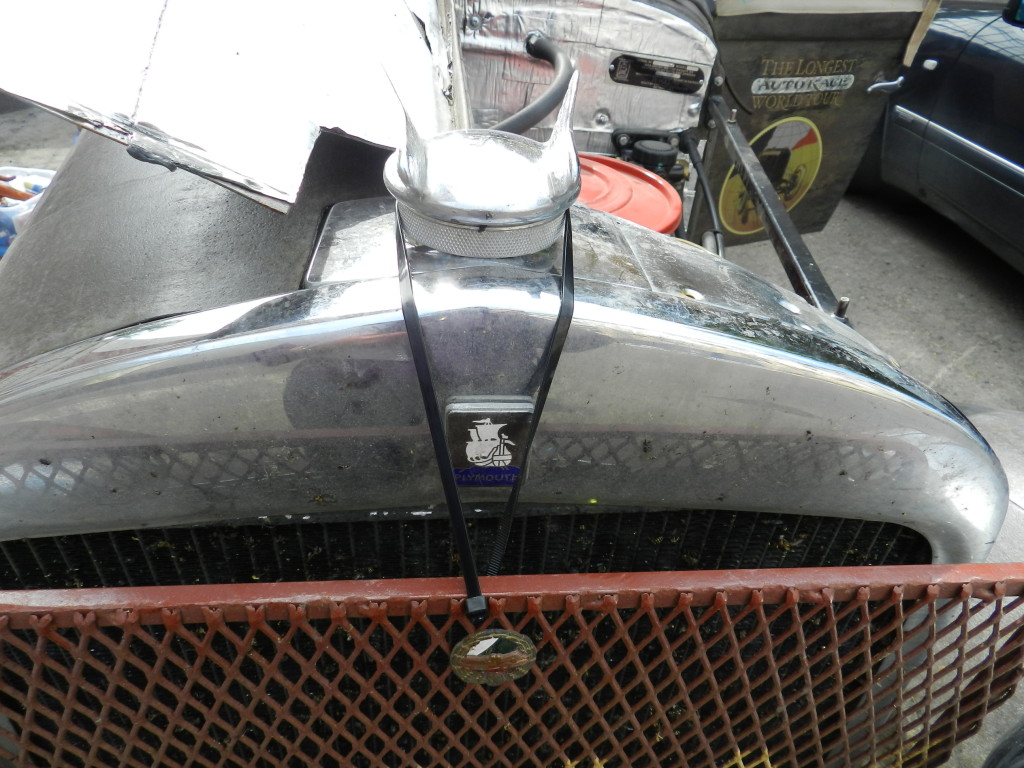 Today we really followed in the footsteps of George Schuster!

We arrived in Chita this evening, although we didn’t get to claim a $1,000 prize as the German Protos did for being the first 1908 racer to reach Chita from Vladivostok on June 16. The prize was awarded by the Trans-Siberian Railway — click here for the full New York Times article.

We left Zabaikalsk about 9 a.m., anticipating a 3 p.m. arrival in Chita, but everything from construction to a flat tire to low fuel got in our way. I think our new guide, Ksenia (I spelled her name wrong yesterday) is probably already wondering what she has gotten into.

After about 45 minutes of driving this morning, we encountered construction and bumpy gravel and dirt roads that made for wild rides and slow progress. At one point, John said he saw the back tires of the Envoy fly several inches off the ground as we bounced across a pothole.

On the other hand, the leisurely pace gave us time to enjoy views of the Trans-Siberian Railway and traditional houses in this region — unfinished except for blue, white, or green trim — that are similar to what the original racers would have seen. 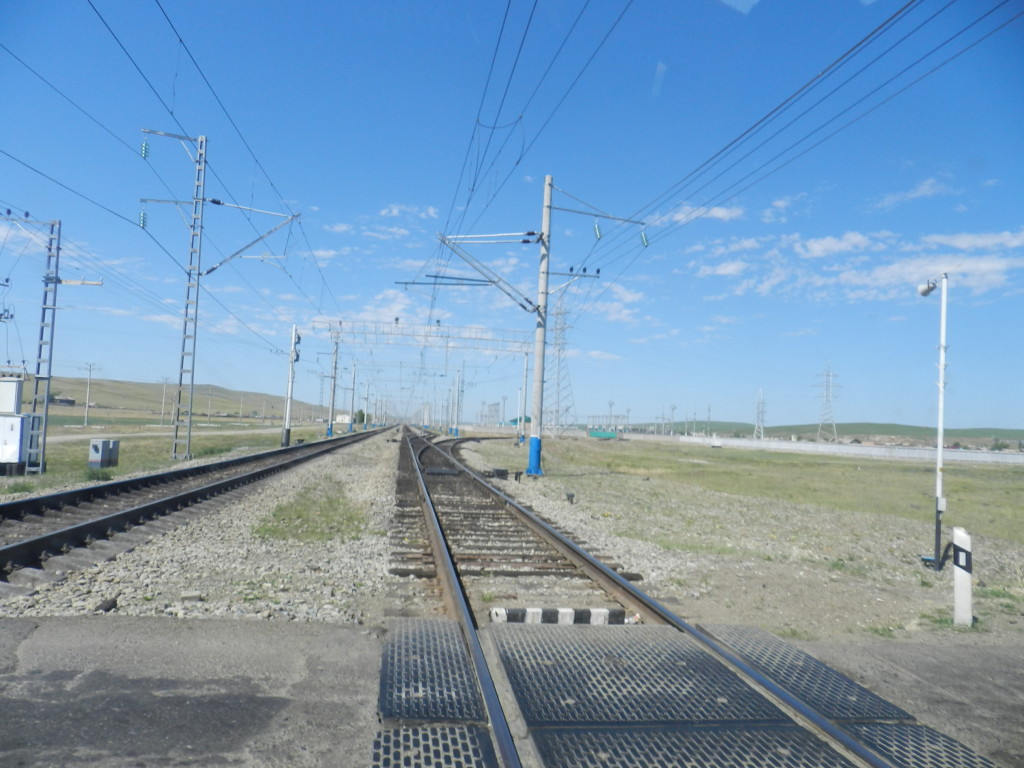 Trans-Siberian Railway on the drive to Chita (Eileen Bjorkman photo) 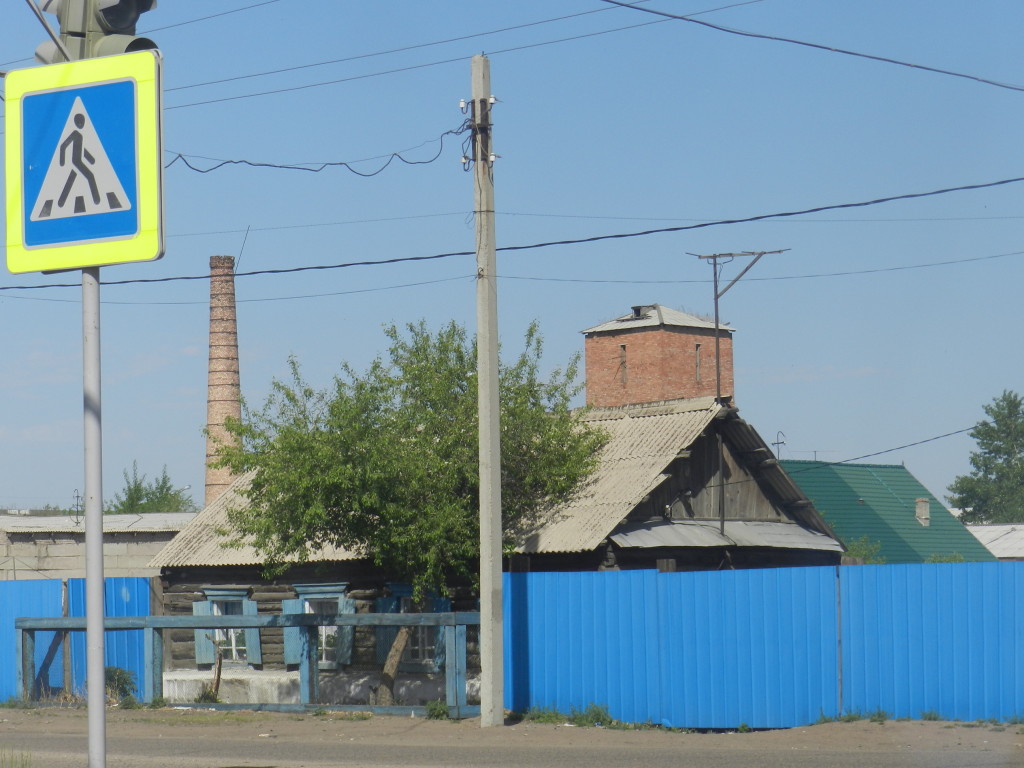 Typical house in the Biryat region, similar to what the original racers may have seen (Eileen Bjorkman photo)

We stopped for gas at a station with old time pumps, which fit right in with John’s vintage Plymouth Roadster. Note that the pump is in liters, not gallons. 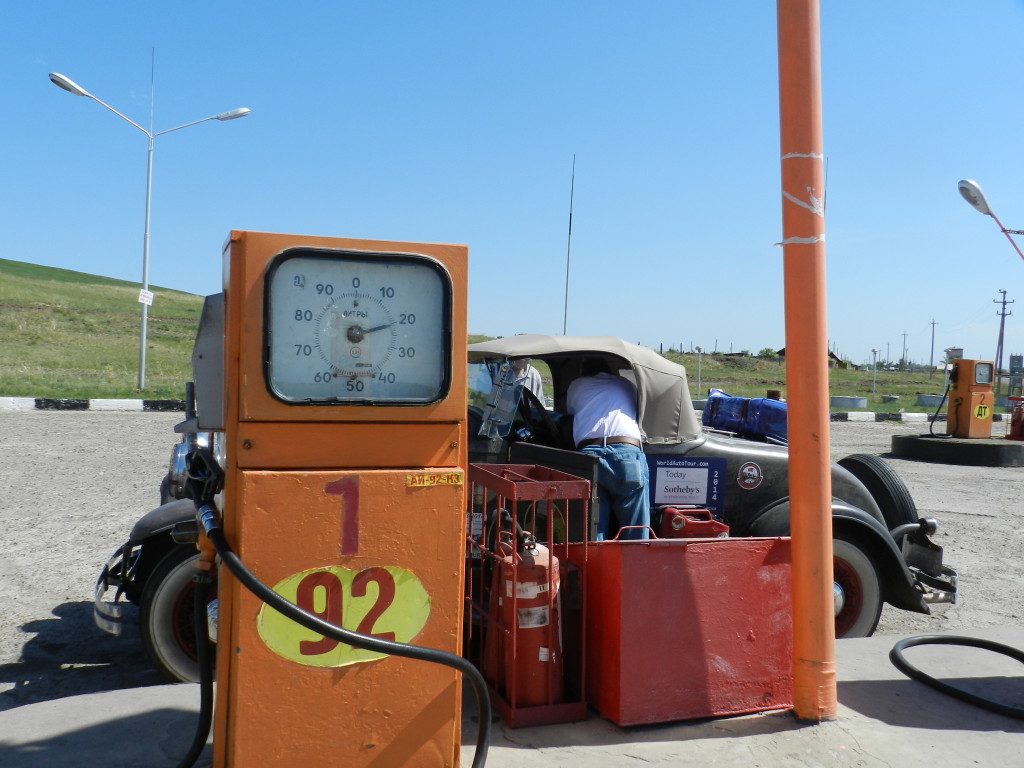 About 1:30, Luke called on the walkie-talkie and said the Roadster had a flat tire, so Leo turned the Envoy around and we headed back to watch the tire-changing show and provide unhelpful advice. 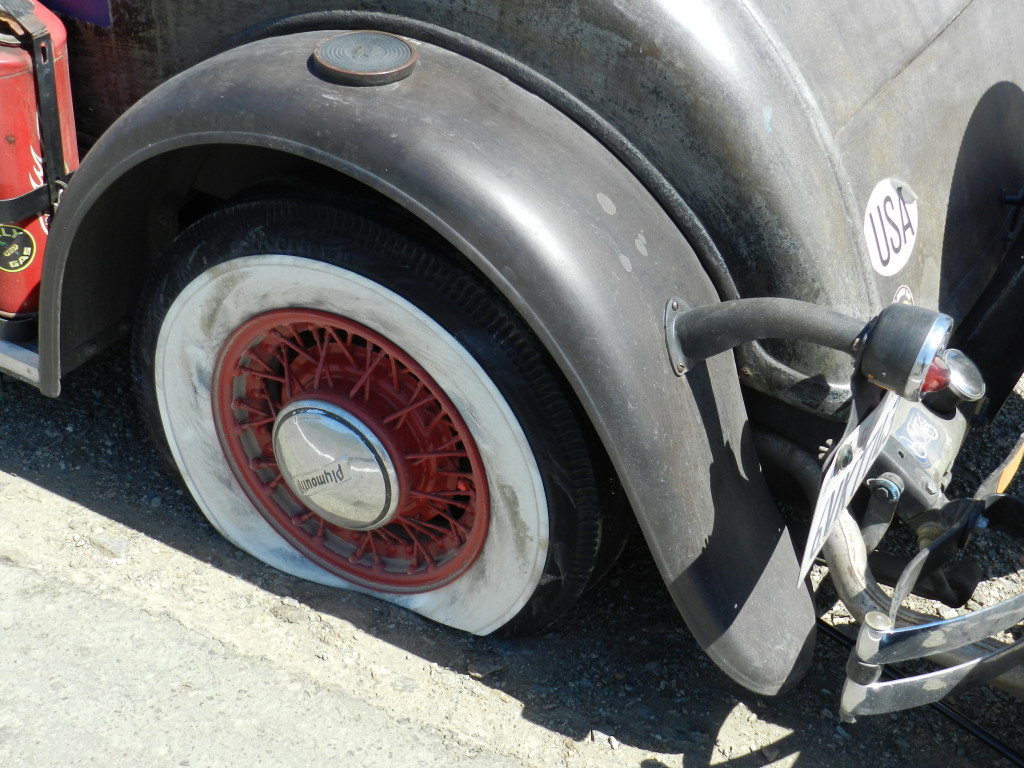 The flat tire — first one of the trip! (Eileen Bjorkman photo) 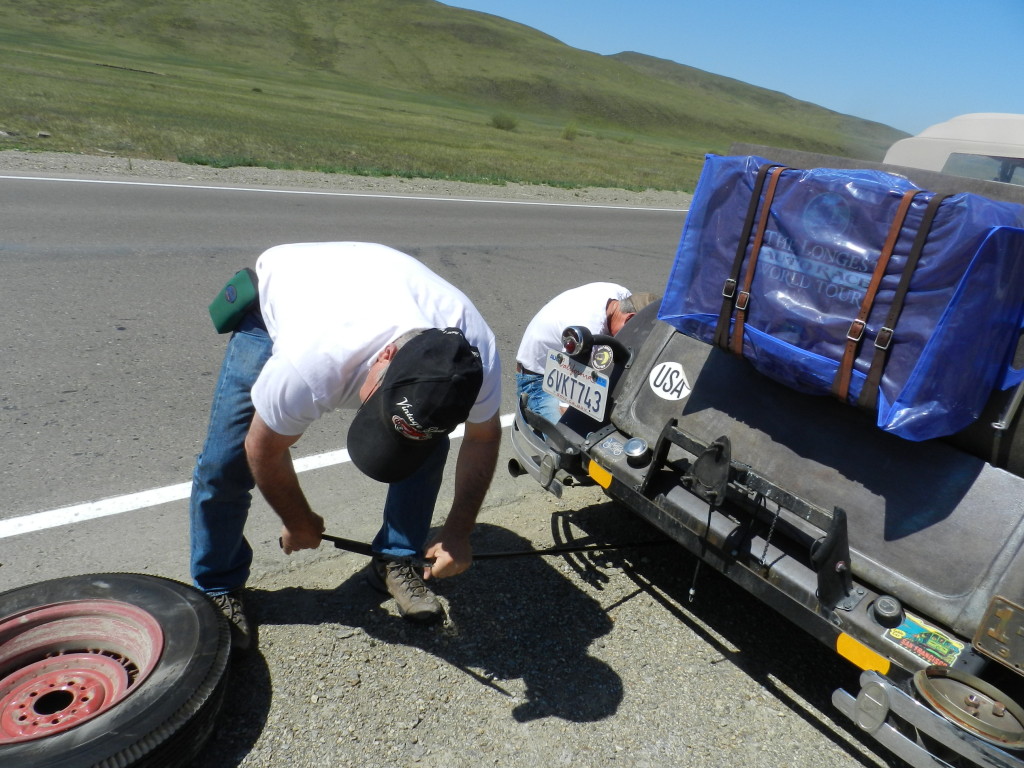 While John and Luke changed the tire, the rest of us took in the scenery and basked in the 85 degree heat. 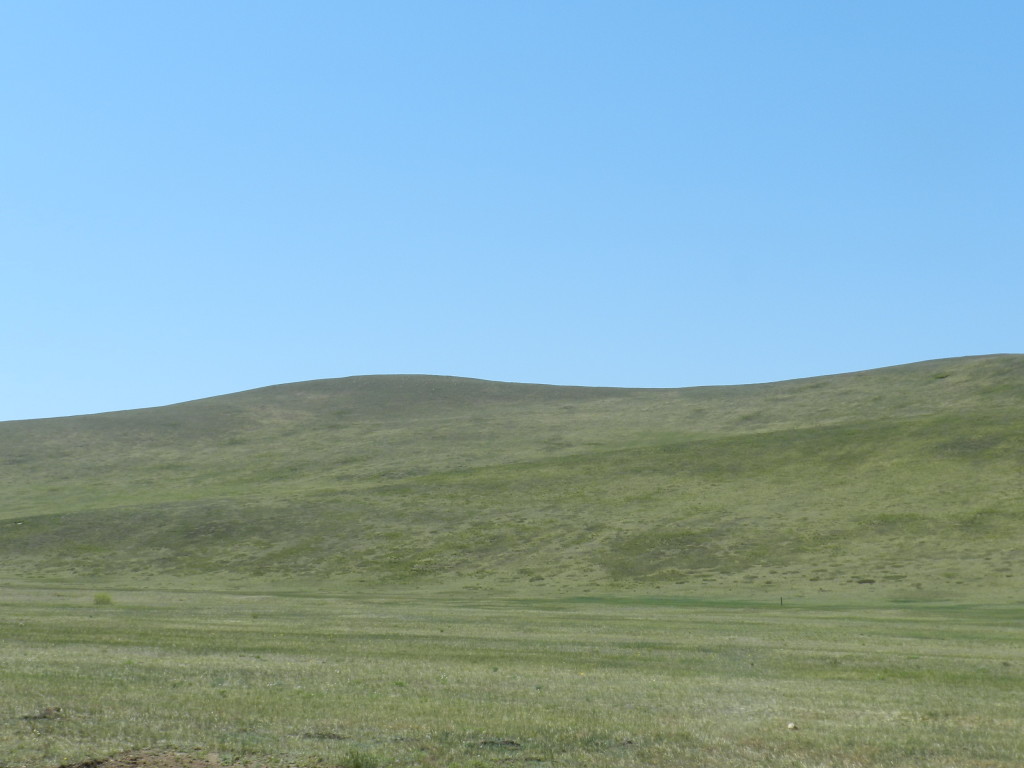 Roadside scenery — if you have to break down, might as well do it here! (Eileen Bjorkman photo)

The Roadster now had no spare tire, so Luke pointed out we would need to fix it. John said, “We’ll take it somewhere to have that done,” and Luke replied, “You wimp, Schuster wouldn’t have done that!” Actually, he used a different word than wimp, but I’ll leave that to your imagination.

After a traditional Russian lunch at 2 p.m. from a roadside cafe, 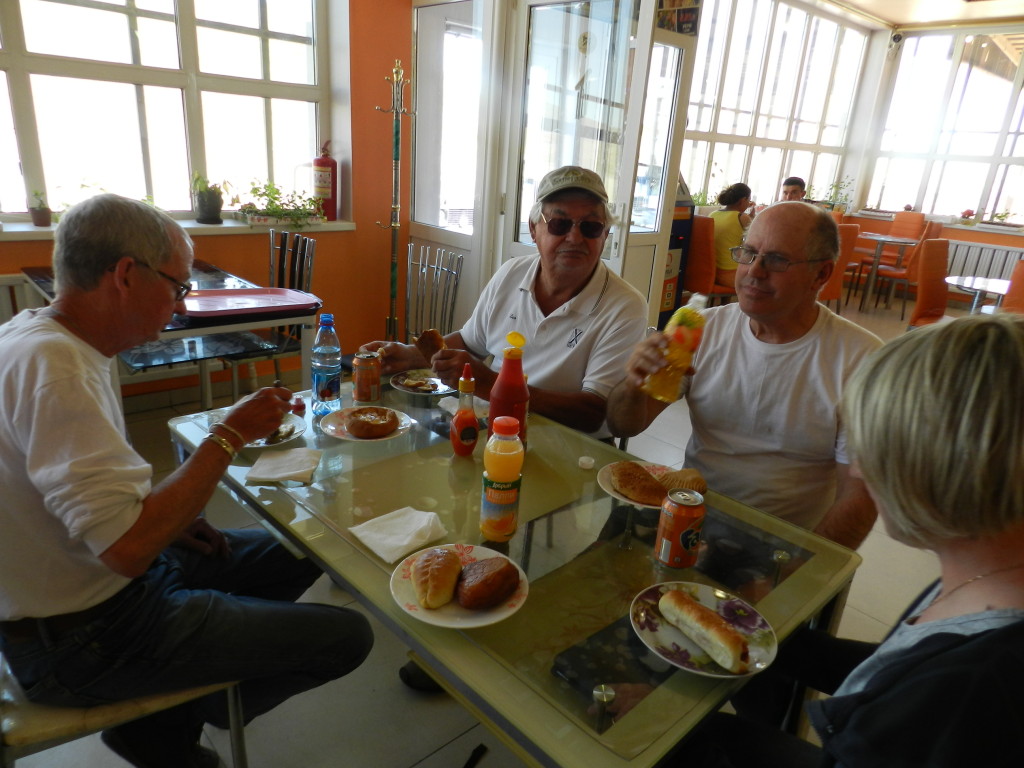 and petting a local dog,

the road conditions improved and we picked up the pace, except for a brief roadside refueling for the Roadster — the gas stations in Siberia are few and far between.

Just before arriving in Chita, we stopped in the small town of Alamanovka to see if we could get the tire fixed. Ksenia found a shop on her second try, and four of us crowded inside the tiny building below to watch the repair. 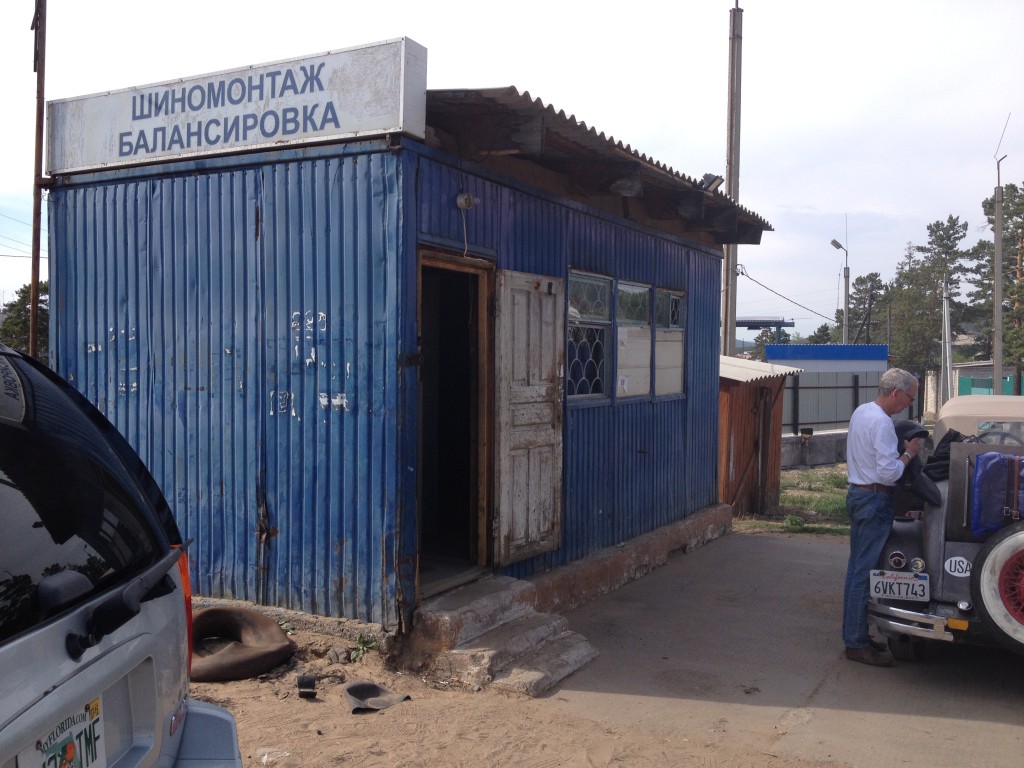 If tire repair ever becomes an Olympic sport, the mechanic below is a sure bet to wing the gold medal! From tire into the shop to tire back out of the shop took about seven minutes, and he only charged 100 rubles, about $3. If you’re ever in Aamanovka, be sure to stop by and give these guys some business! 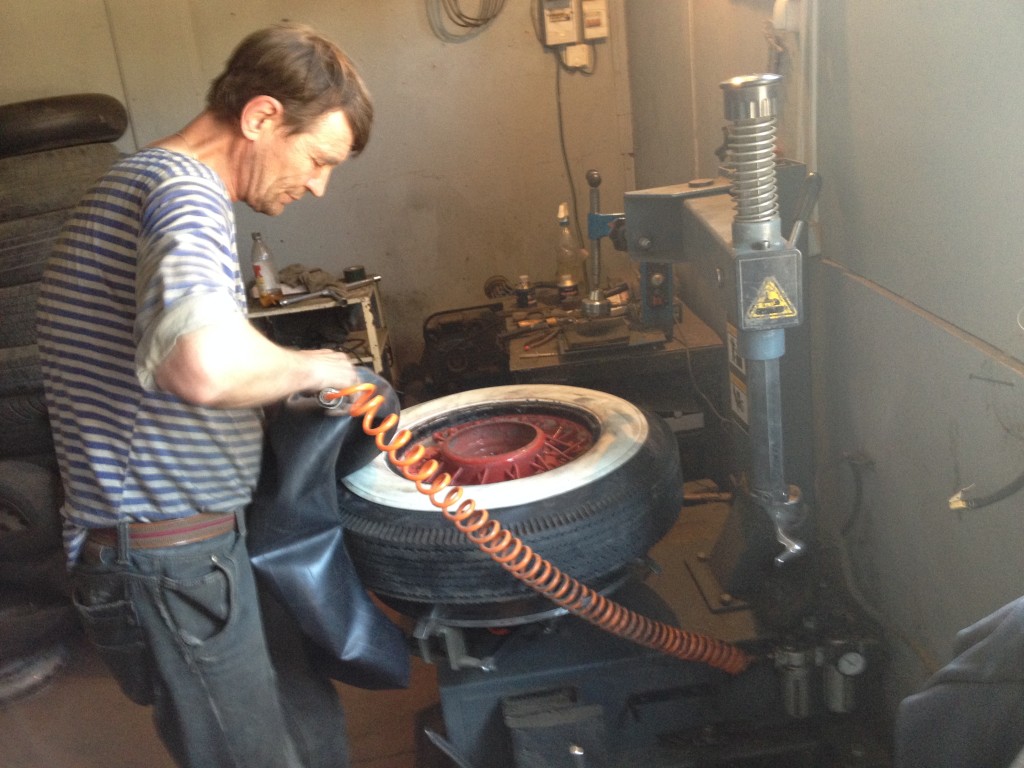 We arrived at our hotel about 6 p.m., not bad, all things considered. Tomorrow morning, we leave Chita about 8 a.m. to drive 590 km to Ulan Ude, where we’ll have a day of rest (and I hope laundry) on Monday.