Well, we’ve now been in Iceland for four days and it’s been great. The weather has been mostly cool, overcast and rainy…all within a few hours. The Icelanders are complaining about how rainy the summer has been while Germany was complaining of a heat wave.

The best way to describe Iceland is by pictures…..as the saying goes, a picture is worth a thousand words. 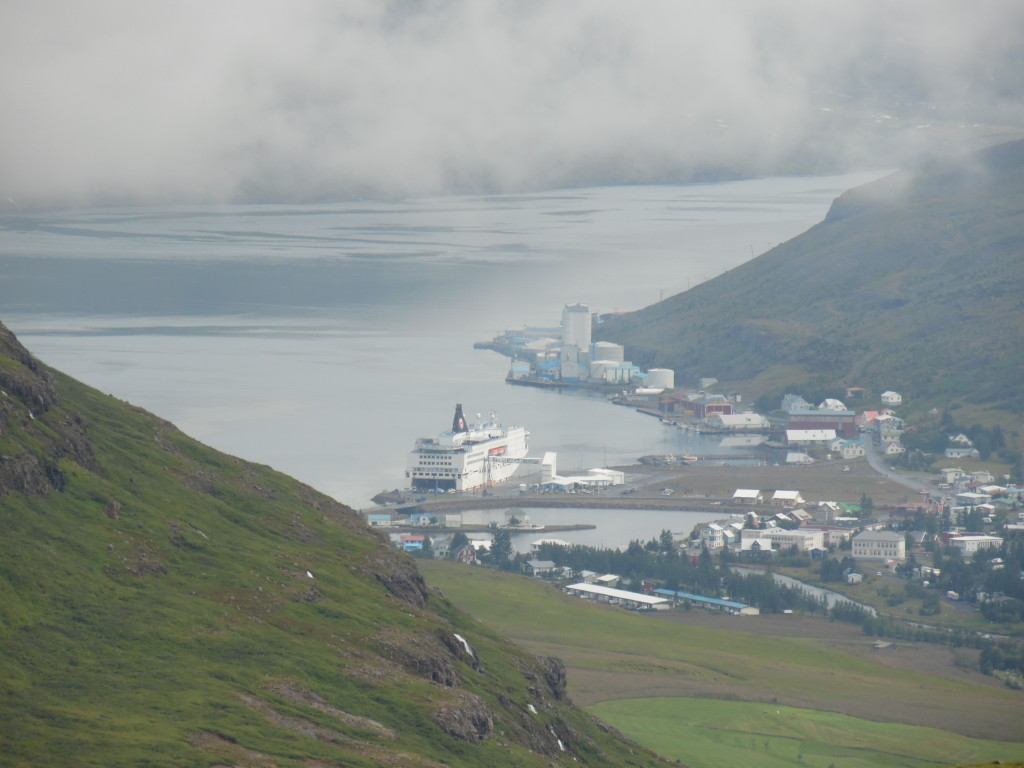 The harbor at Seyoisfjordour where our ferry docked 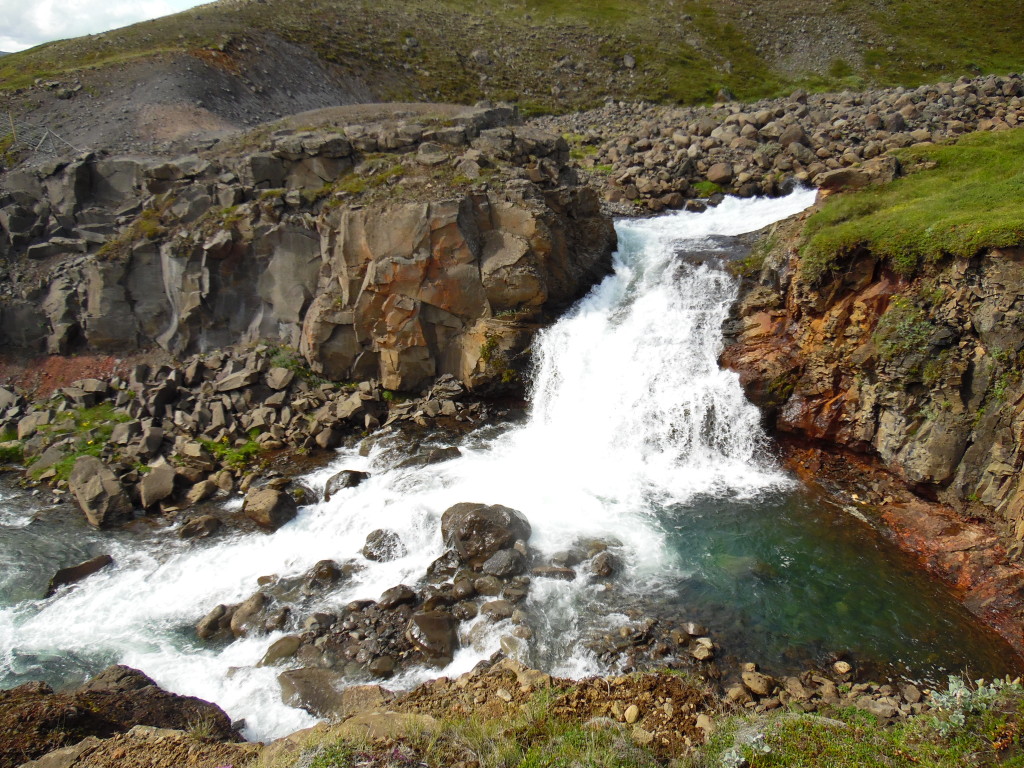 The waterfalls are all around as are lakes and rivers….The biggest and the most powerful waterfall in Europe is located here and is known as Dettifoss. You have to drive around 28km down a rutted washboard dirt road to get to it (this would be a decent road in Russia), but worth the effort. The pictures don’t do it justice!! 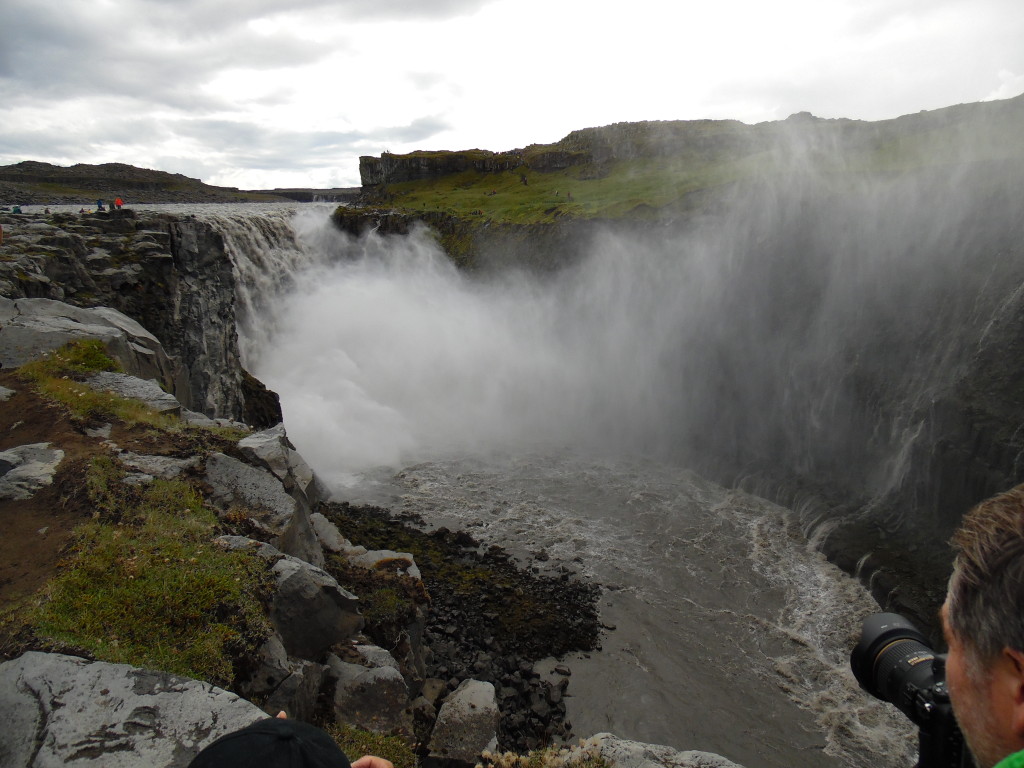 Dettifoss…the most powerful waterfall in Europe, located in Iceland 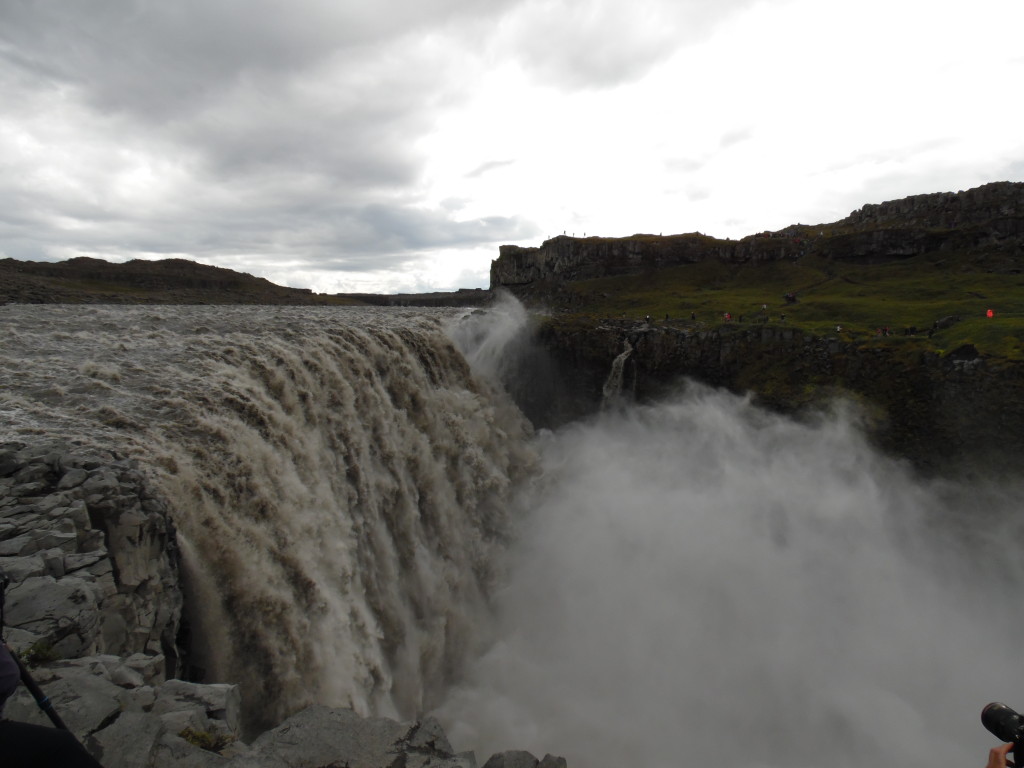 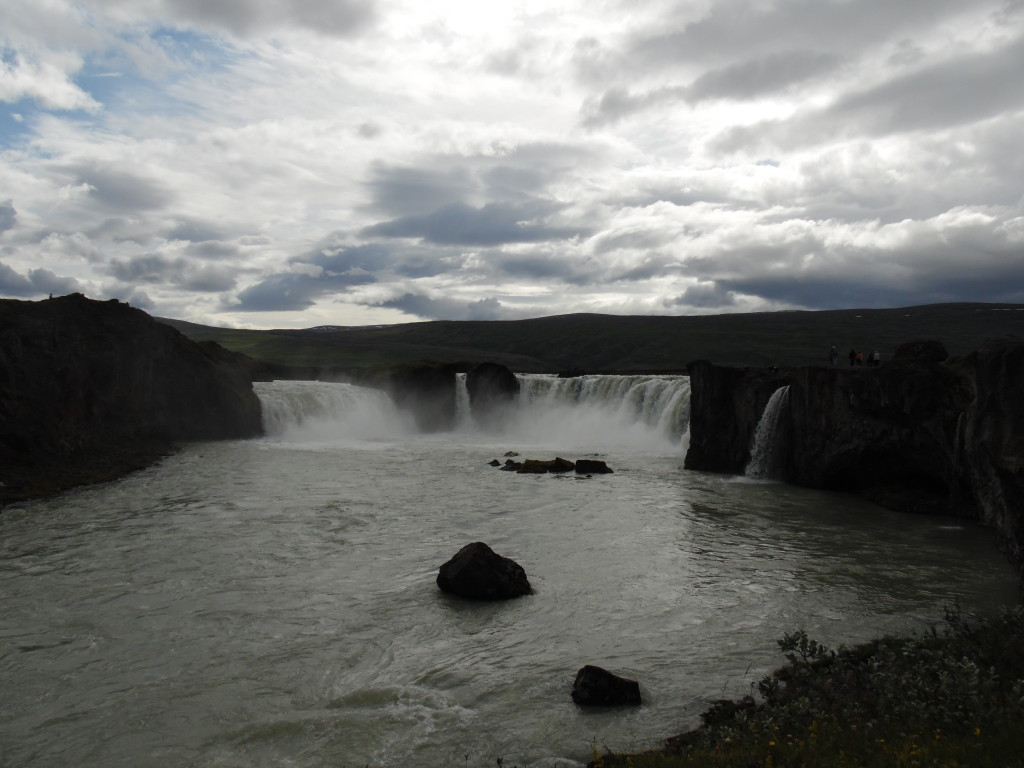 A dual waterfall towards the end of the day 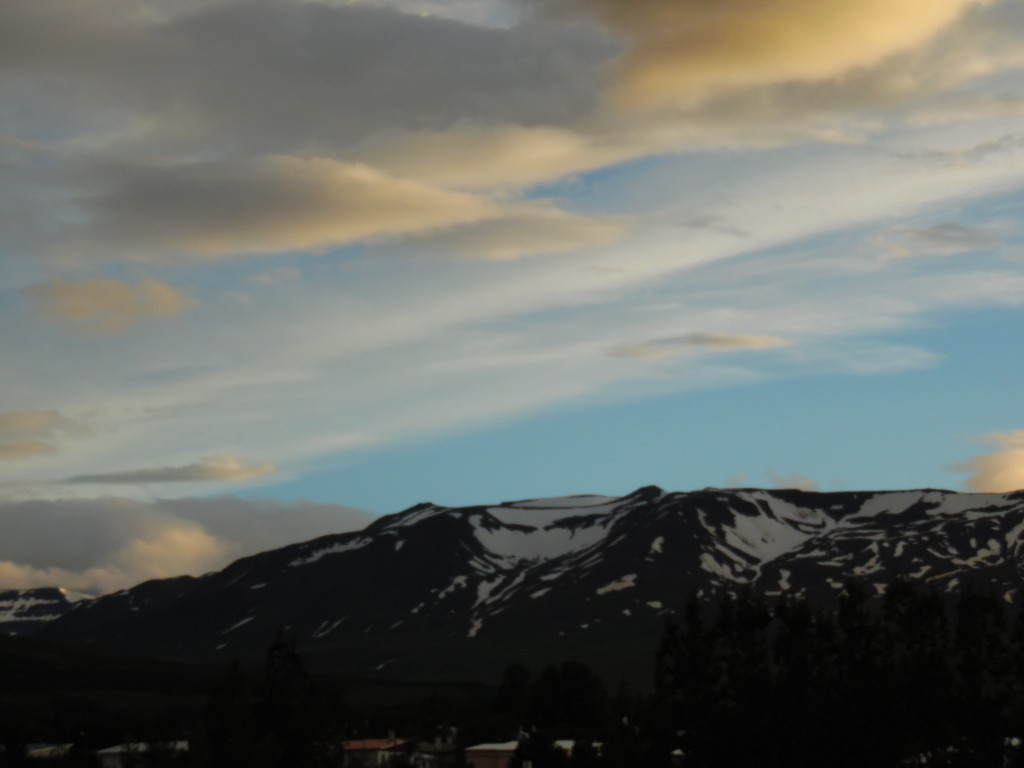 As you probably know, Iceland is known for its geothermal activity, and much of the heat for towns is supplied this way. Initial water temp is 212F and by the time it reaches the towns it’s still around 160F plus. The photo below is a small segment of one of the largest hot springs in Iceland 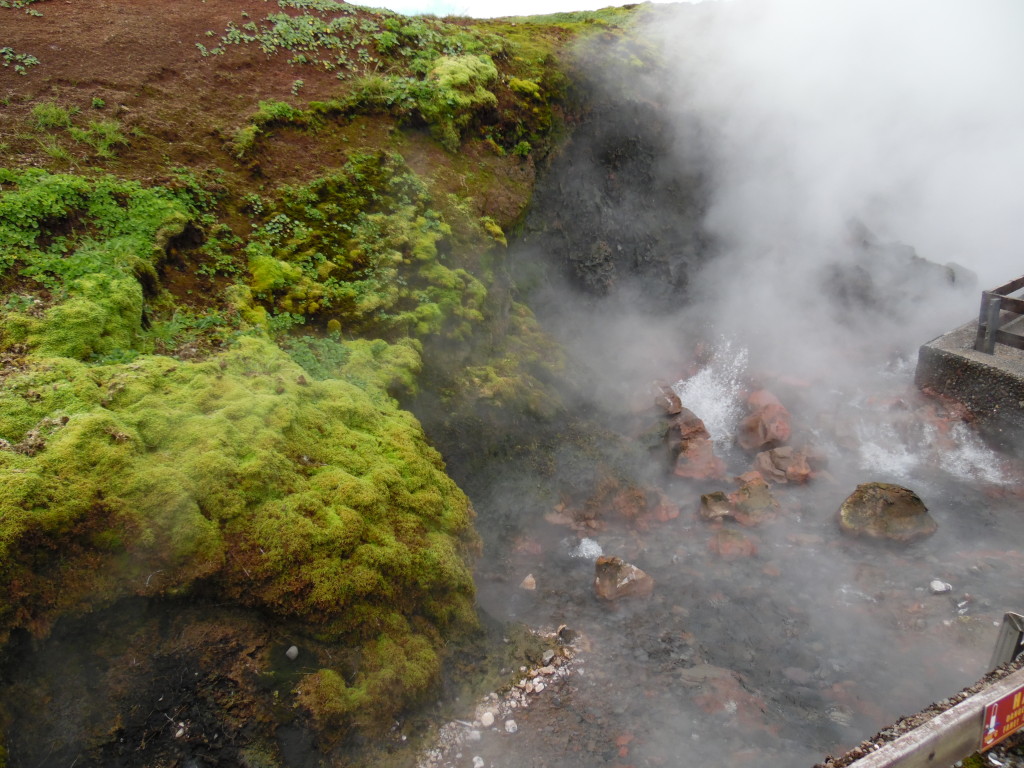 A geothermal spring…..this spring supplies 3 towns with hot water for heating. The moss on the rocks must be some kind of super moss as the water temp is 212F!! 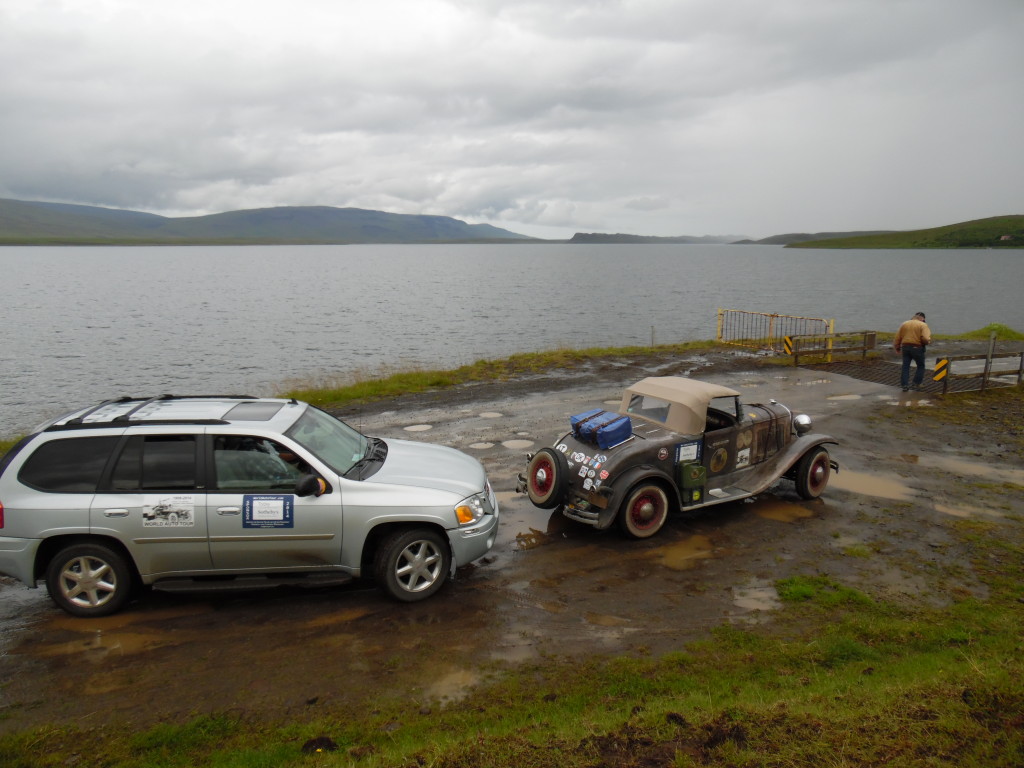 End of a dirt road at the bottom of a Fjord

If I have decent internet tomorrow I’ll update you on a car museum visit I happened across ….