We’ve been on the Faroe Islands now for two days and already have put several hundred miles on the roadster seeing the country side. The Faroe’s are a series of islands in close proximity, mostly connected by a bridge and two sea tunnels with an approximately 360 mile network of well maintained paved roads.  The rest of the islands are only accessible by ferry. Since this is a stop both going to and from Iceland, we decided to spend a few days here on our way back from Iceland to the ferry terminal in Hirtshals, Denmark……turns out it was a great decision as the place has some stunning scenery!! 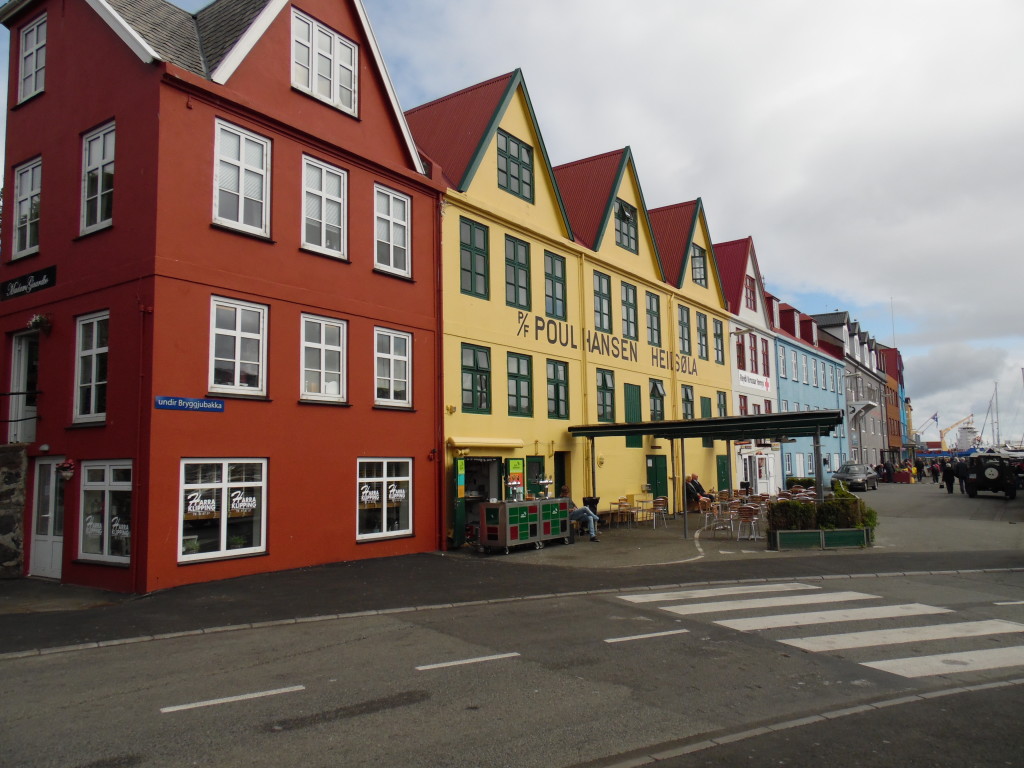 Near the ship port and marina in Torshavn….the capitol city 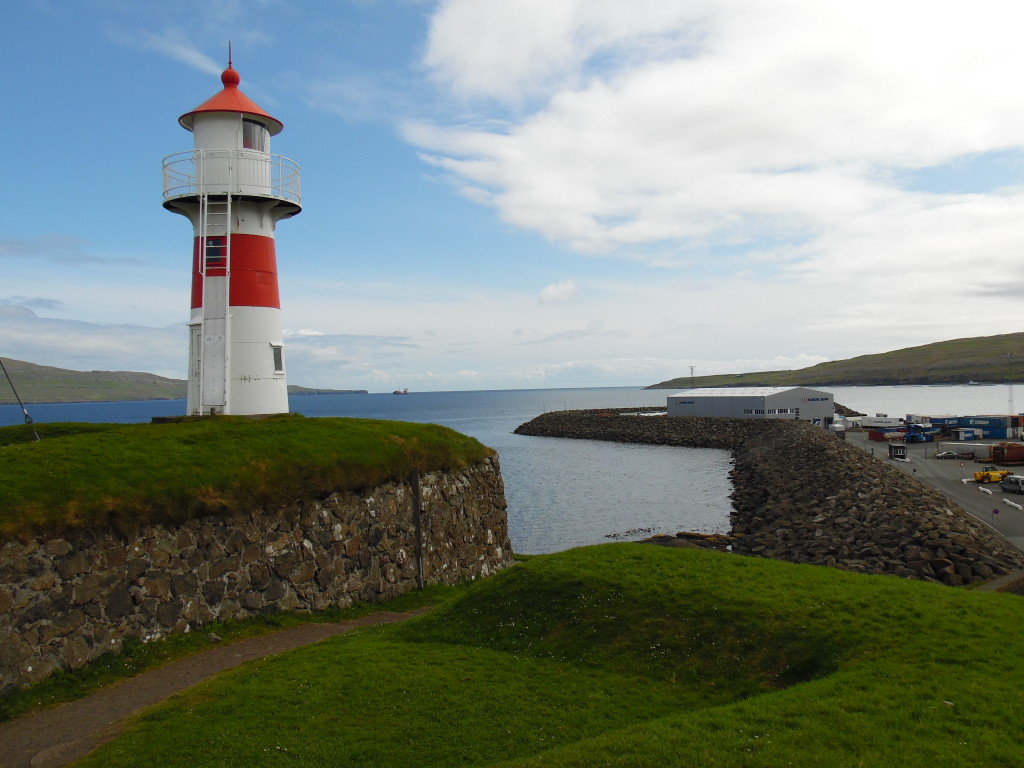 The lighthouse at the entrance to the harbor in Torshavn 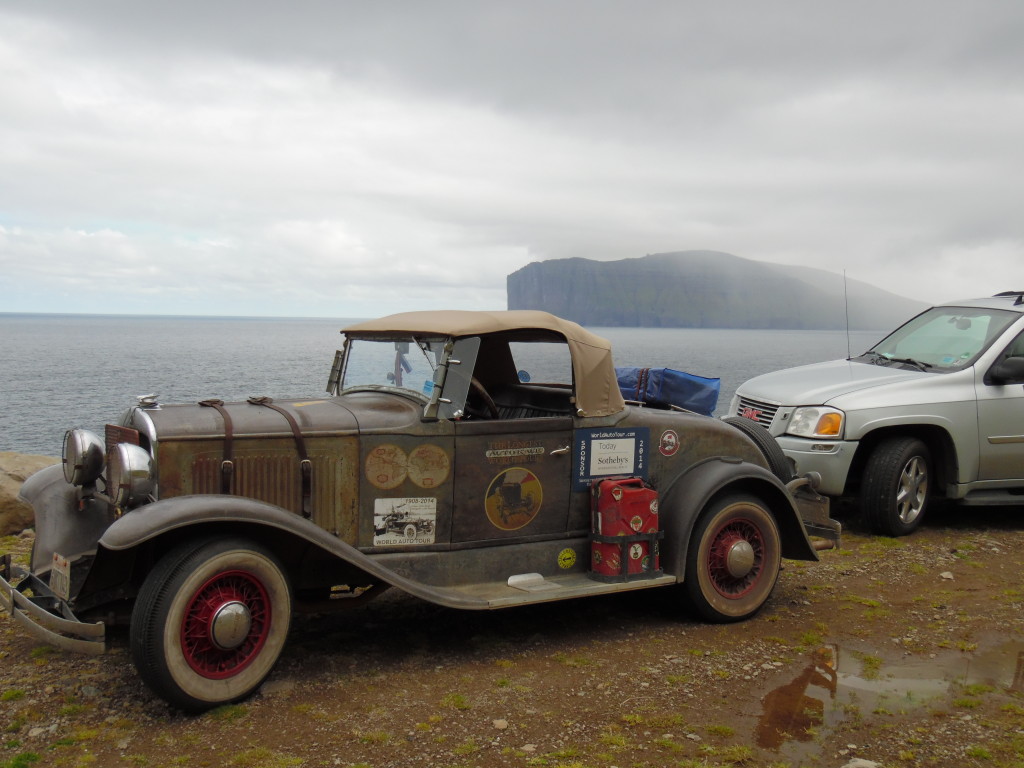 The most northern drivable point on the Faroe’s 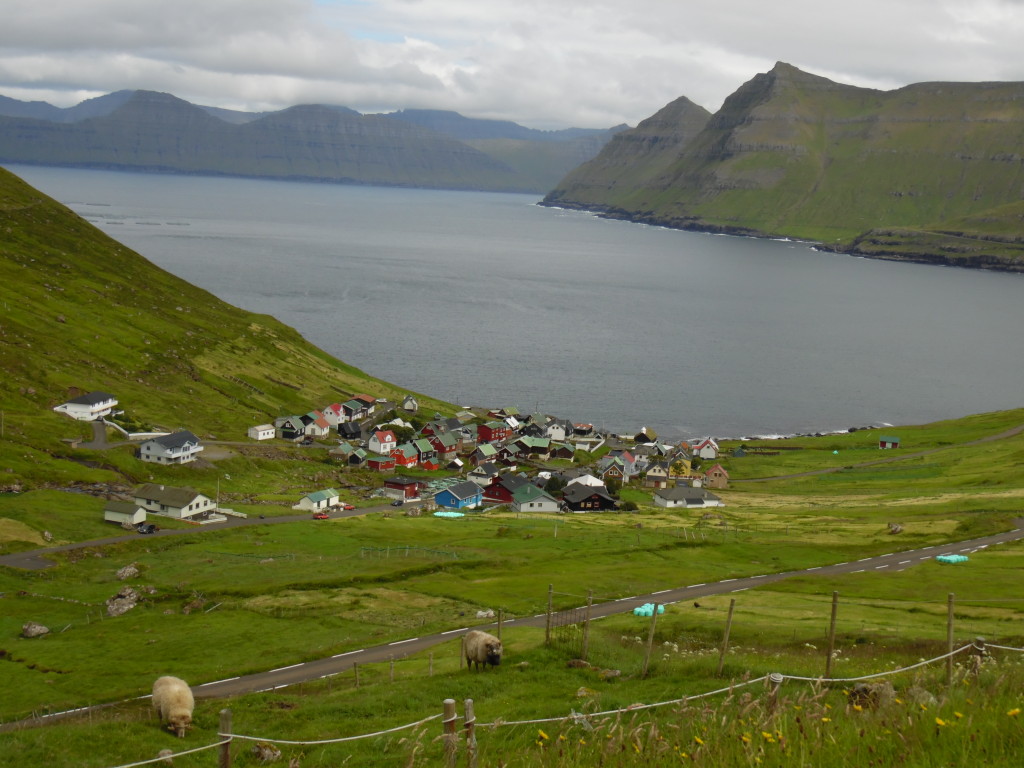 High up on a mountain road overlooking a typical fjord …. 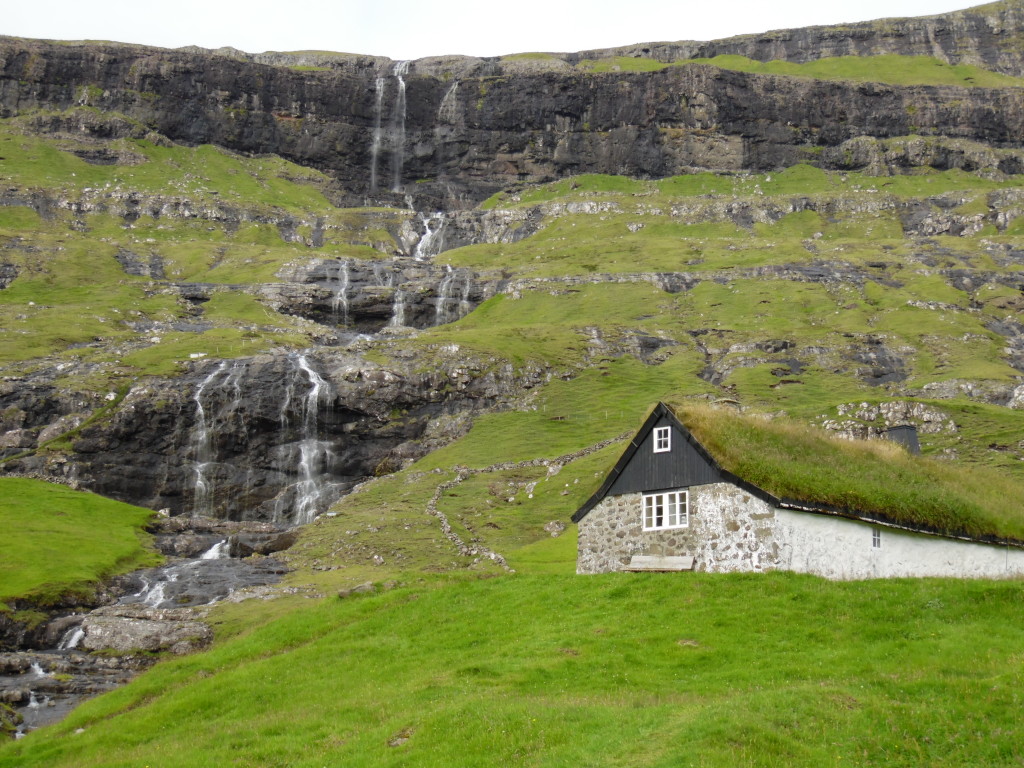 Note the sod roofed barn….you see this on all the old buildings…even some new construction is done this way to duplicate the old look 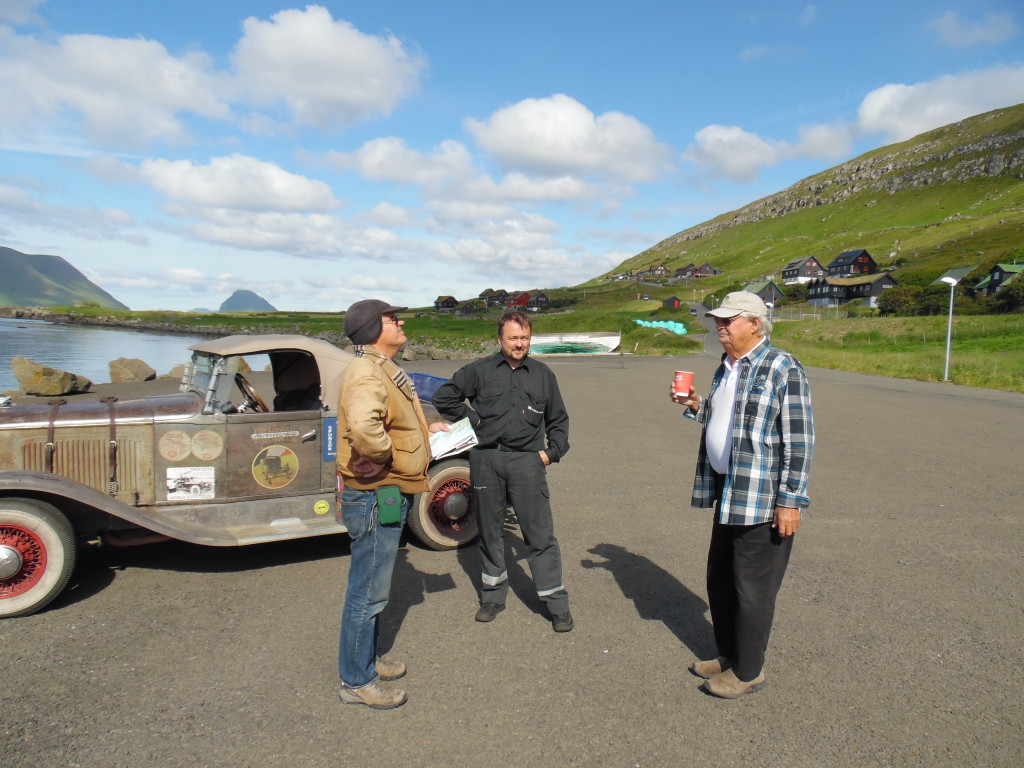 Where are we….getting directions from a local bus driver!! 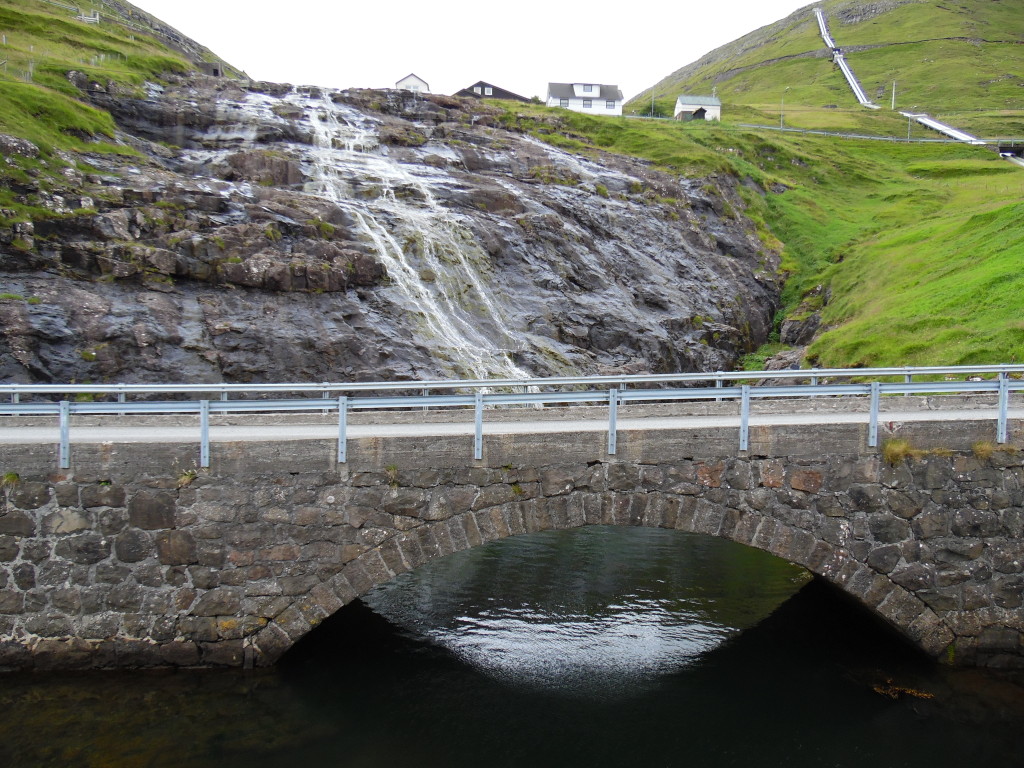 We’re really going to miss the scenery that both Iceland and the Faroe Islands gave us….

We board the ferry for Denmark tonight and then head for Copenhagen to ship the Roadster to NY and Leo’s car to Florida…..hard to believe that Leg 2 of the trip is almost behind us. It’s really been amazing !!!!