Yesterday morning, we walked from our Otsu hotel, the Prince, down a street on the Lake Biwa waterfront to the Japanese version of Home Depot. Luke and John needed to buy a spring for the Roadster. 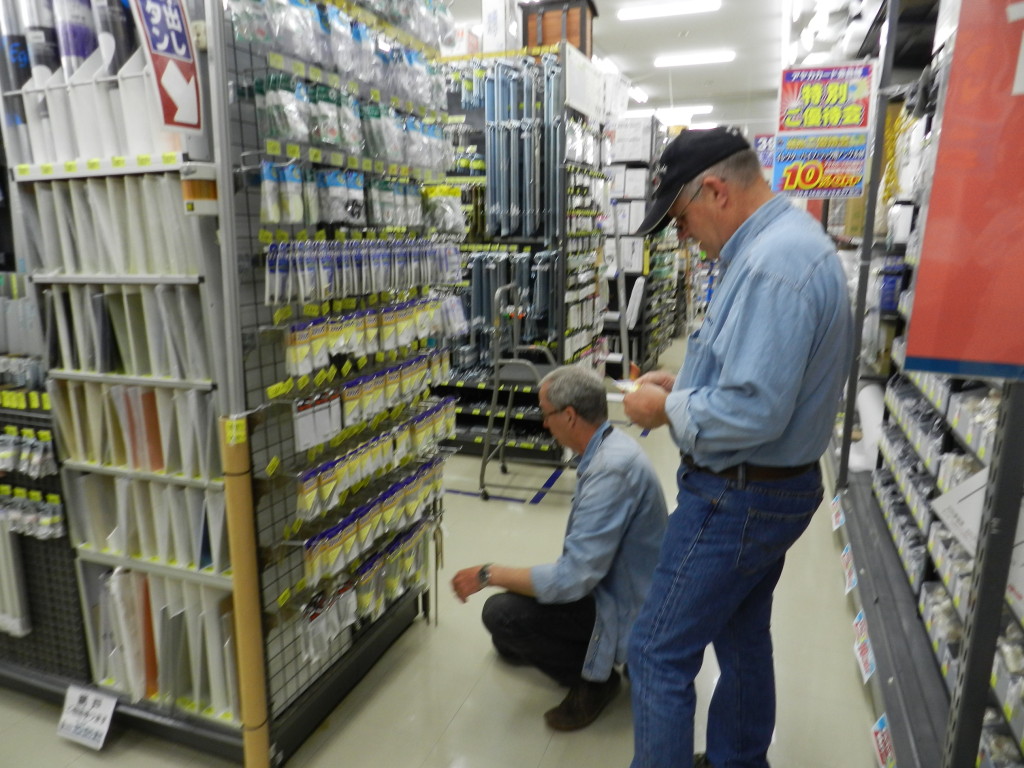 We left the hotel parking lot in Otsu about 2pm, but not before we had our first casualty of the trip. Fortunately, it was only a flesh wound. 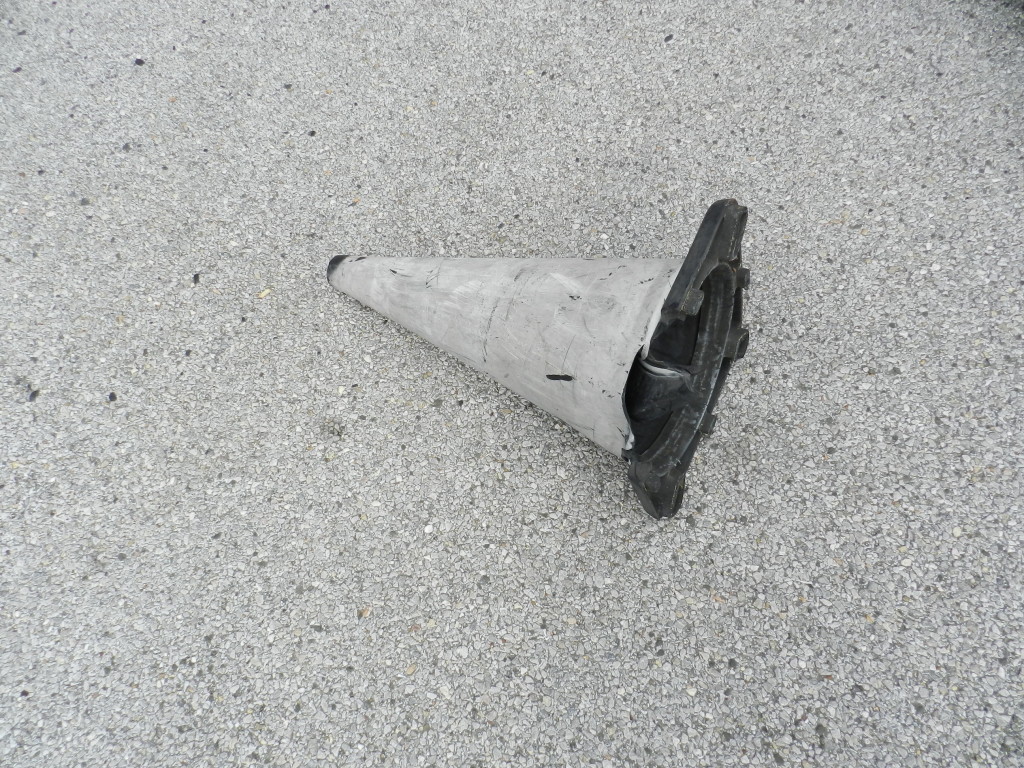 After following our guide van for about 30 minutes, we suddenly found ourselves cutting through back streets in neighborhoods. This is an interesting route, I thought. 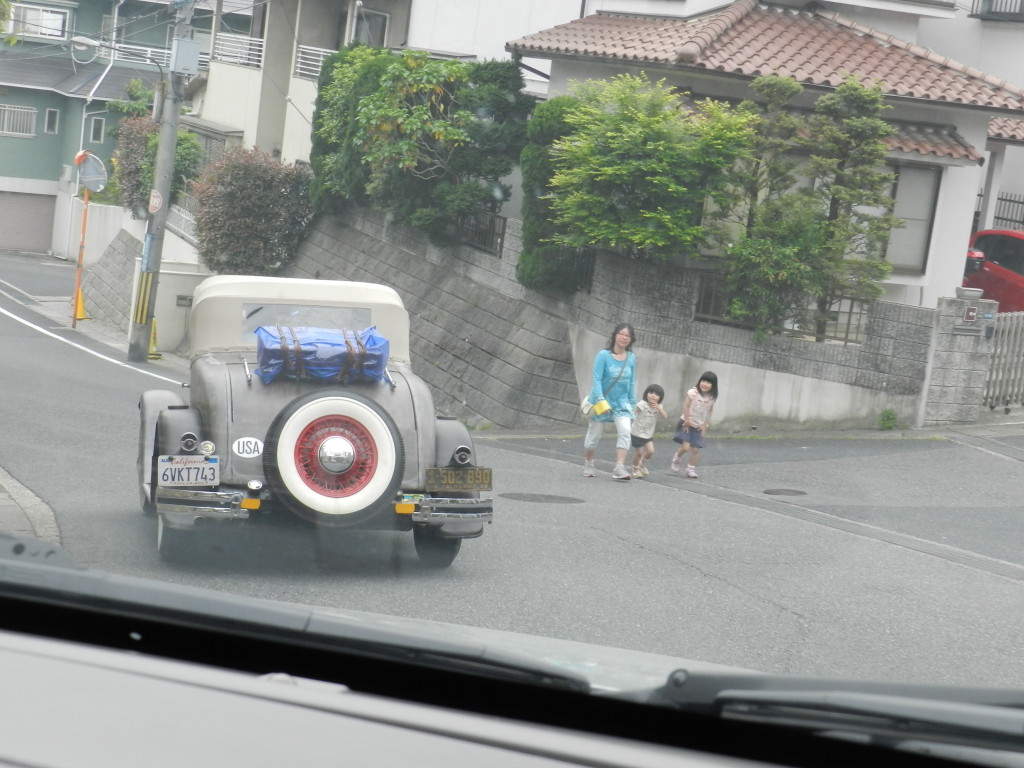 Ten minutes later, as we waited at the train intersection below, I said to Leo, “That temple [the one barely visible behind the train] looks a lot like the one I ran by this morning. But it can’t be, or we’d be right back where we started.” 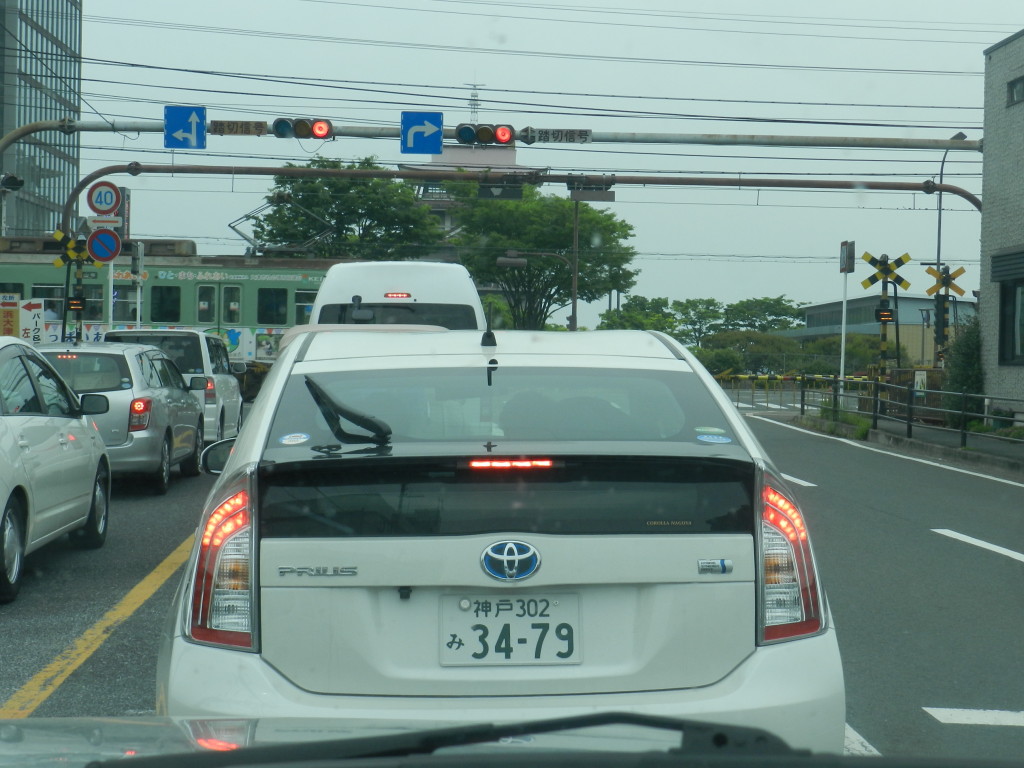 Five minutes later, we were back at the Prince Hotel, and we set off in the opposite direction. After another hour of back roads … 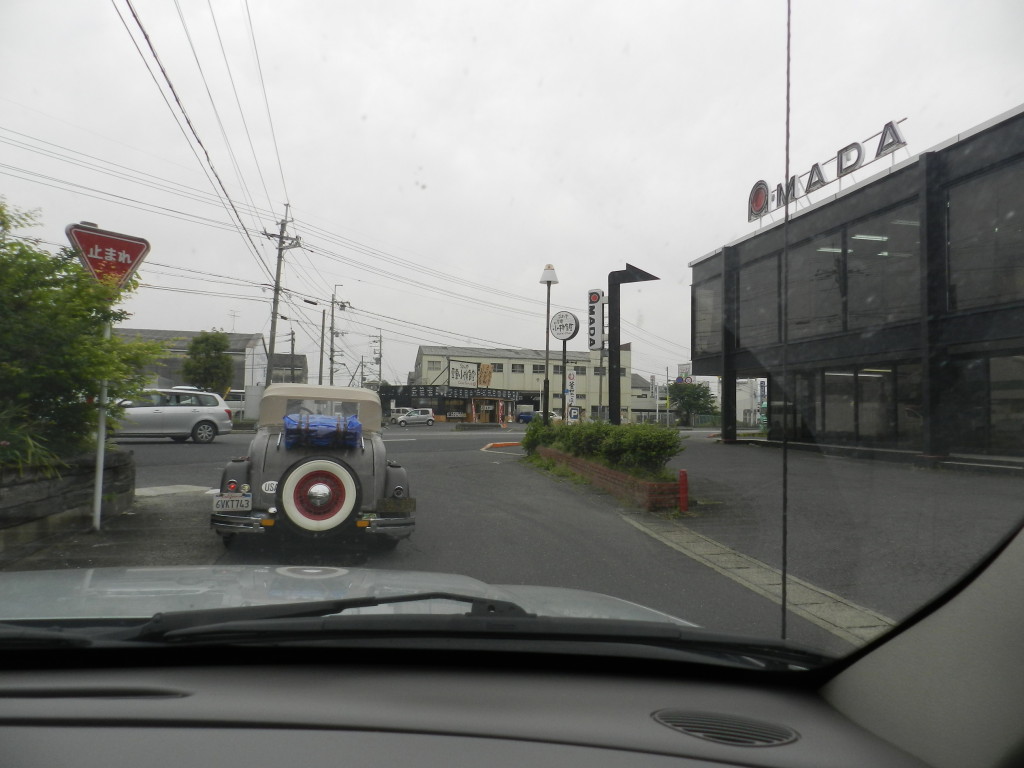 and a baseball team … 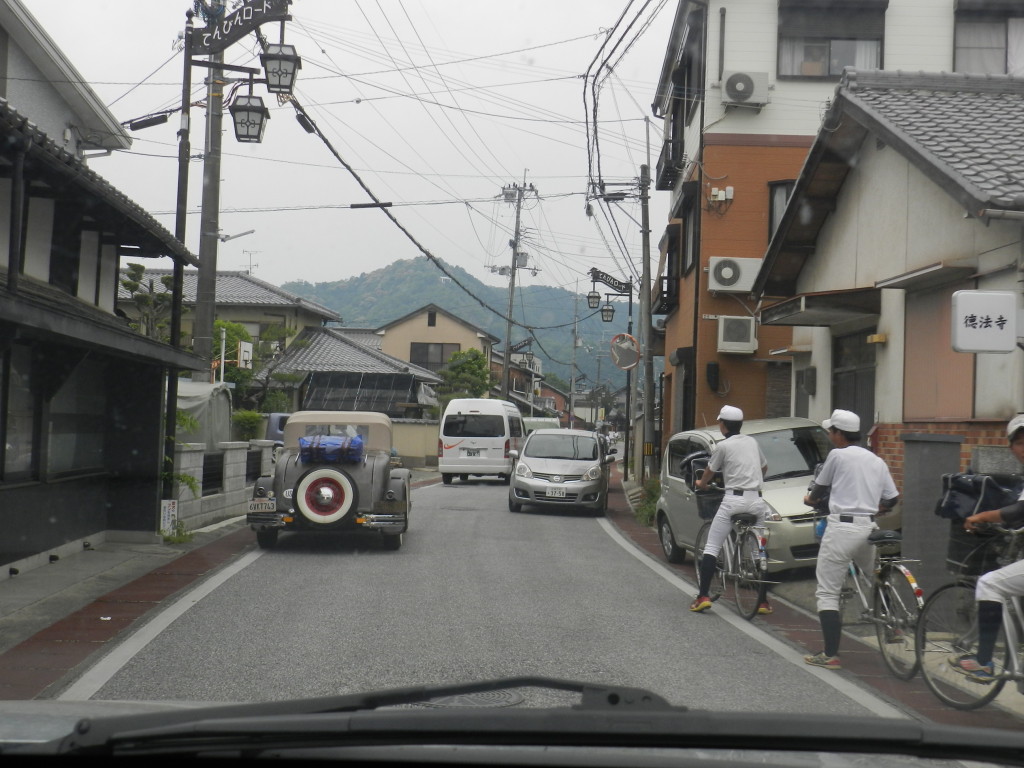 Baseball team on the way to Tsuruga (Eileen Bjorkman photo)

we came to the Hachiman Historical Area, a Shinto shrine rarely visited by non-Japanese. We took a short break here to see the shrine … 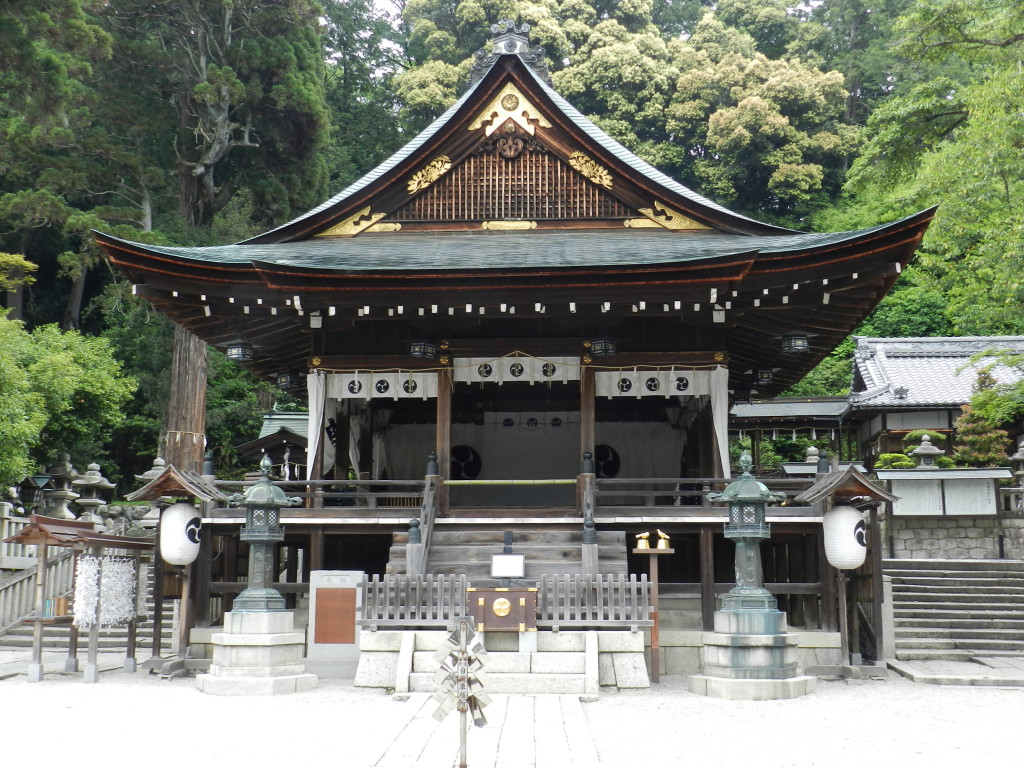 and a canal — no time for a boat ride for us. The area was beautiful and serene, and we were very privileged to have seen it. 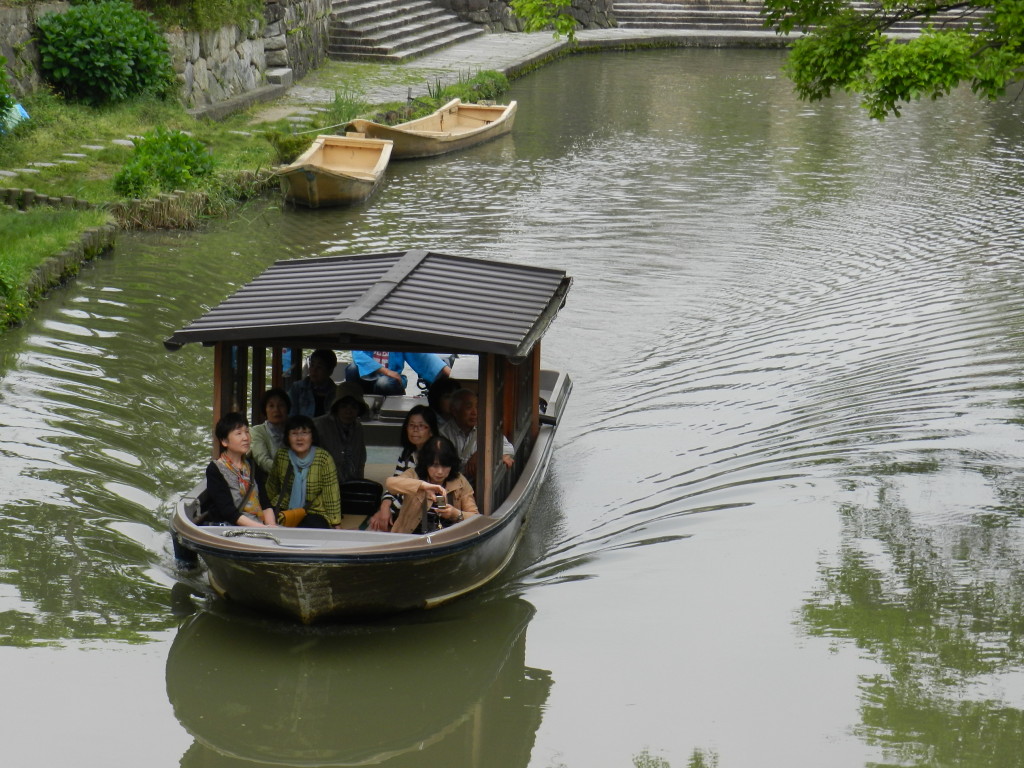 The rest of the journey wound along a rural road and through mountainous terrain. 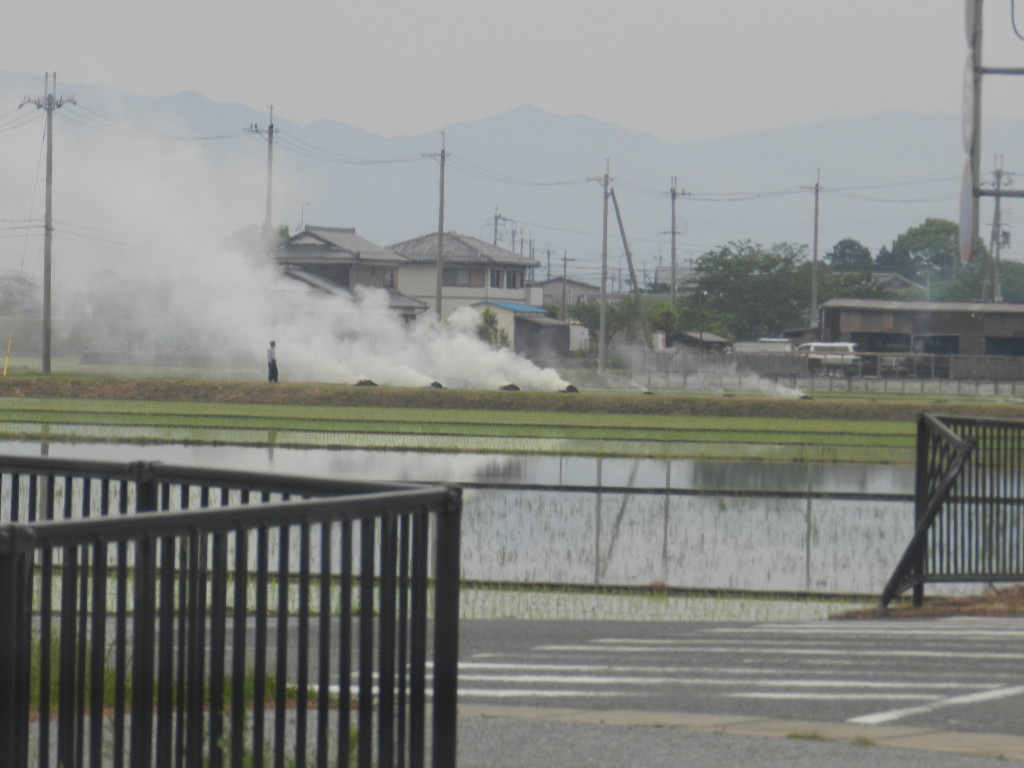 Four-and-a-half hours after we left Otsu, we arrived in Tsuruga and enjoyed Italian food for dinner!