During the 1908 race from New York to Paris, the Thomas Flyer and the American team finally overtook the German Protos just before arriving in Omsk, a feat requiring an all night run that began on June 29 and ended with the Flyer passing the Protos about 10 a.m. the following morning. At this point in the race, the Italian Zust was still in China, about 500 miles west of Harbin, trying valiantly to catch both the Americans and the Germans. Click here for the original New York Times article.

Here is what the terrain from Novosibirst to Omsk looks like — very flat and a mix of open fields, wetlands, and clusters of birch trees, perfect terrain for George Schuster and the Thomas Flyer to make good time for catching up to the Protos. 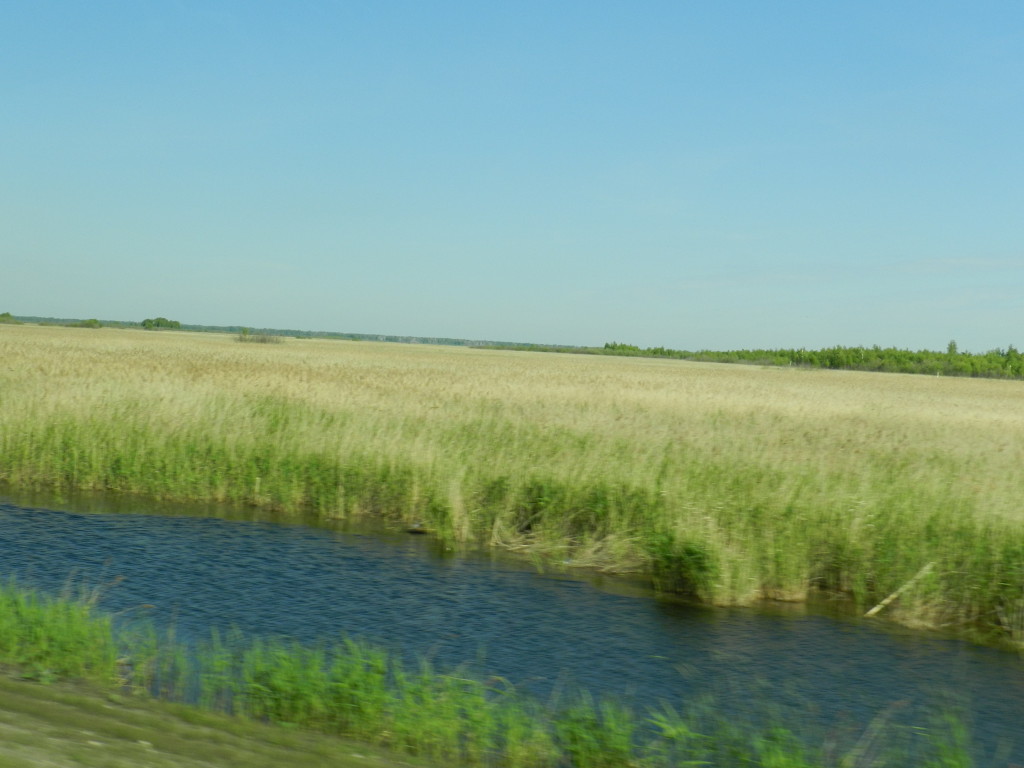 Our drive to Omsk didn’t involve overtaking any other racers since there aren’t any other racers, but we made good time and, for once, the drive was uneventful, other than a bit of rain. The roads were good, and we had only a few minor delays for construction, so we arrived in Omsk only nine hours after departing Novosibirsk. Our hotel in Omsk is about 1/2 block from the Om River; here’s the view from my hotel room: 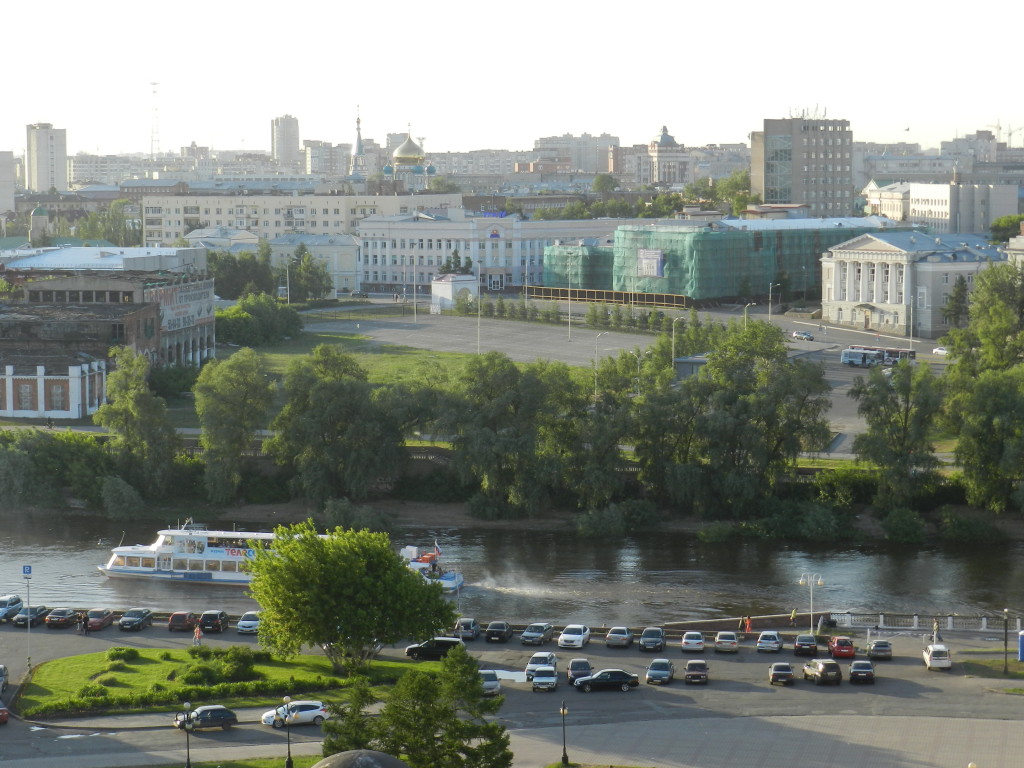 However, as you probably guessed from the quote of the day, the Roadster still had some problems with the rear shocks. The Tire Doctor repair from yesterday worked great until we hit a bone-jarring jolt about two hours into the trip. I was riding in the Envoy and I thought, “If the Tire Doctor fix survived that, it should survive anything.” Unfortunately, the fix didn’t survive, and by the time we got to our next fuel stop around noon, all the air had once again departed the rear shocks. Since we only had about four more hours of driving, John and Luke elected to wait until we got to the hotel to install the springs purchased at the auto market yesterday.

Before installing the springs, John first used the Tire Doctor to push the shocks back up and Luke pumped some air into them. Then Luke installed the first spring over the right rear strut, which only took about five minutes. The left rear strut was a little trickier because of interference from a brake line, so it took both John and Luke to get the spring into place, accompanied by numerous references to the shock’s parentage on the part of Luke. 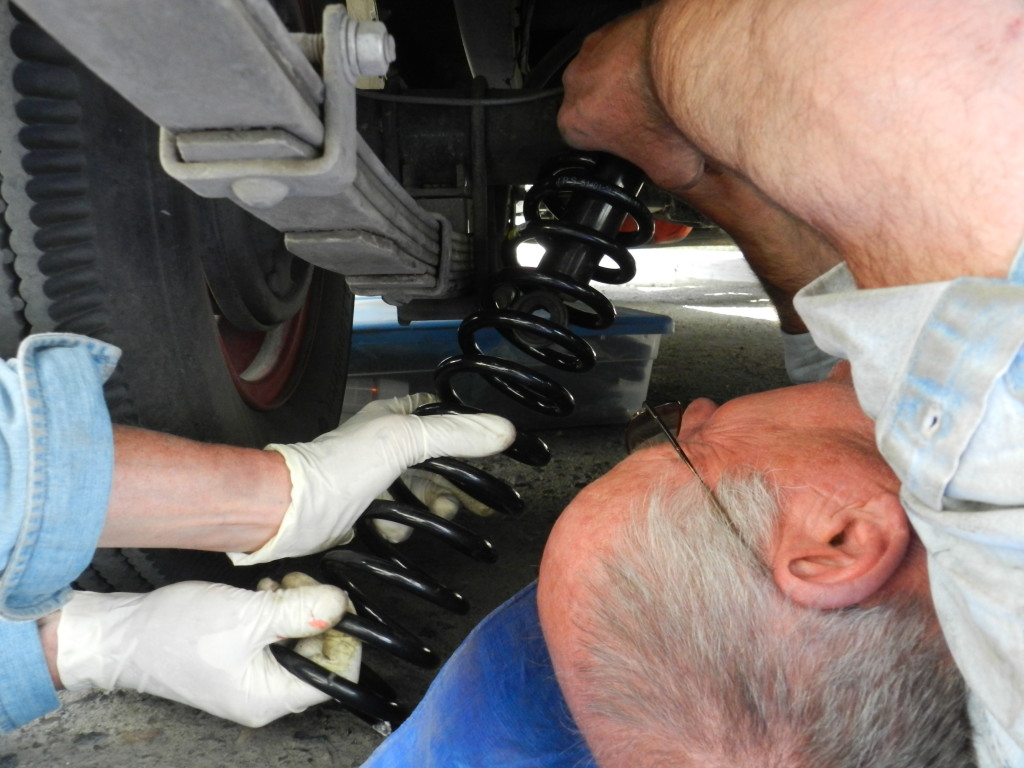 This should get the Roadster to Moscow! 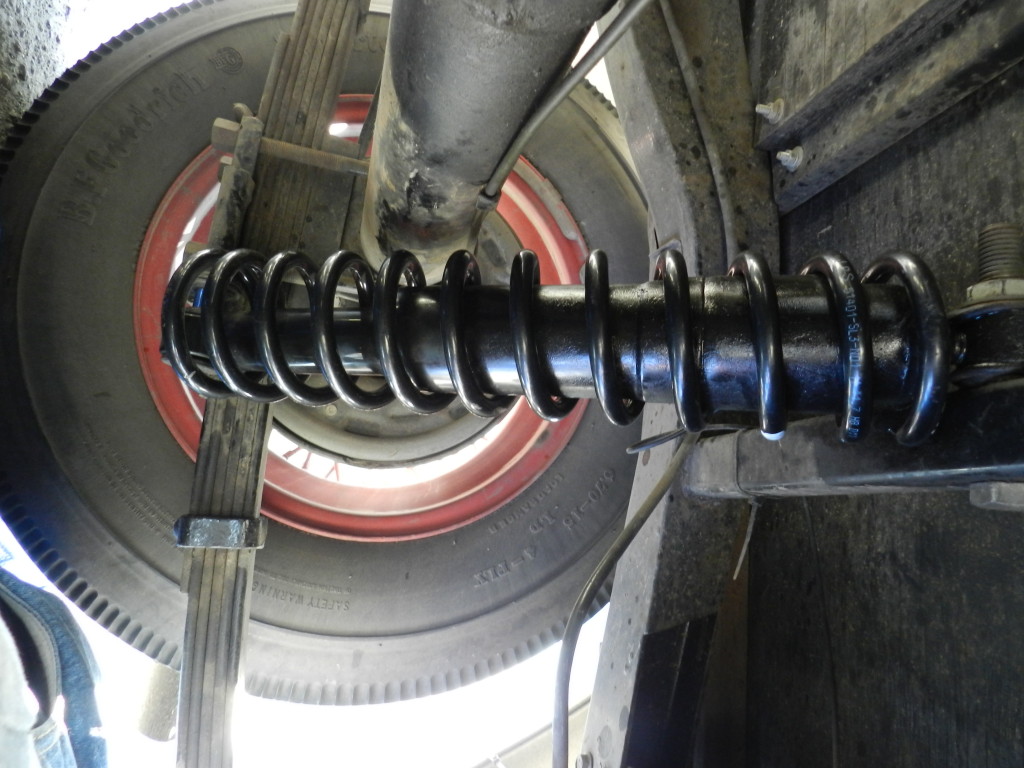 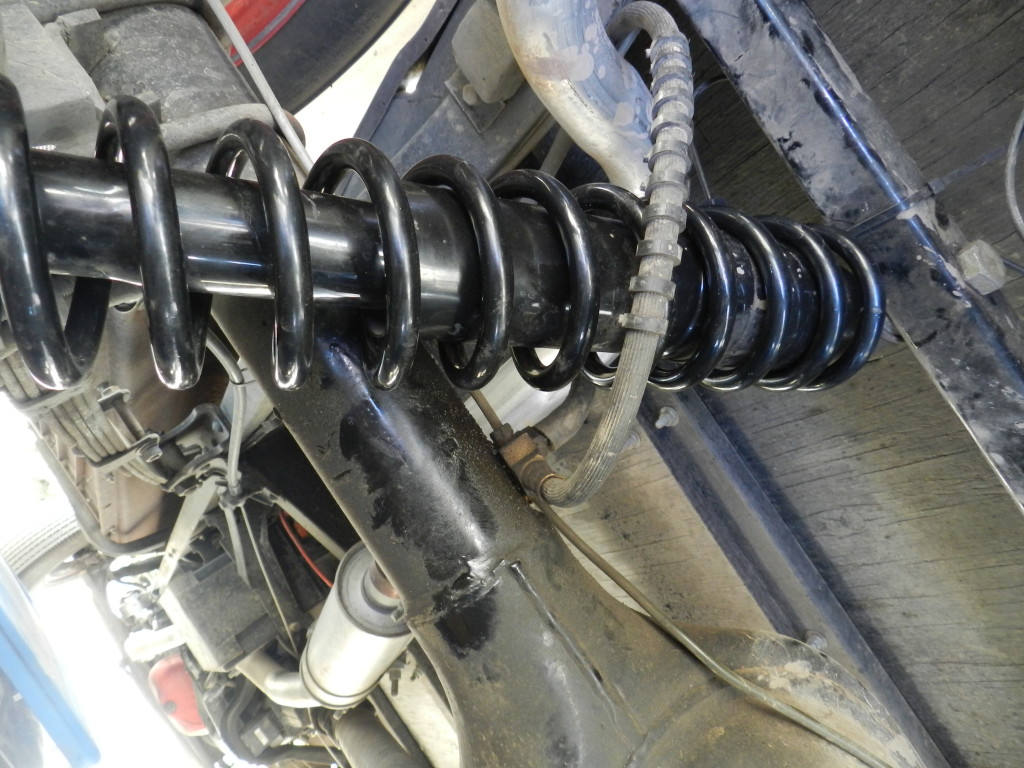 The clamps John bought yesterday wouldn’t fit, so he slid back under the car and added seven more tie wraps to secure the springs to the shocks. 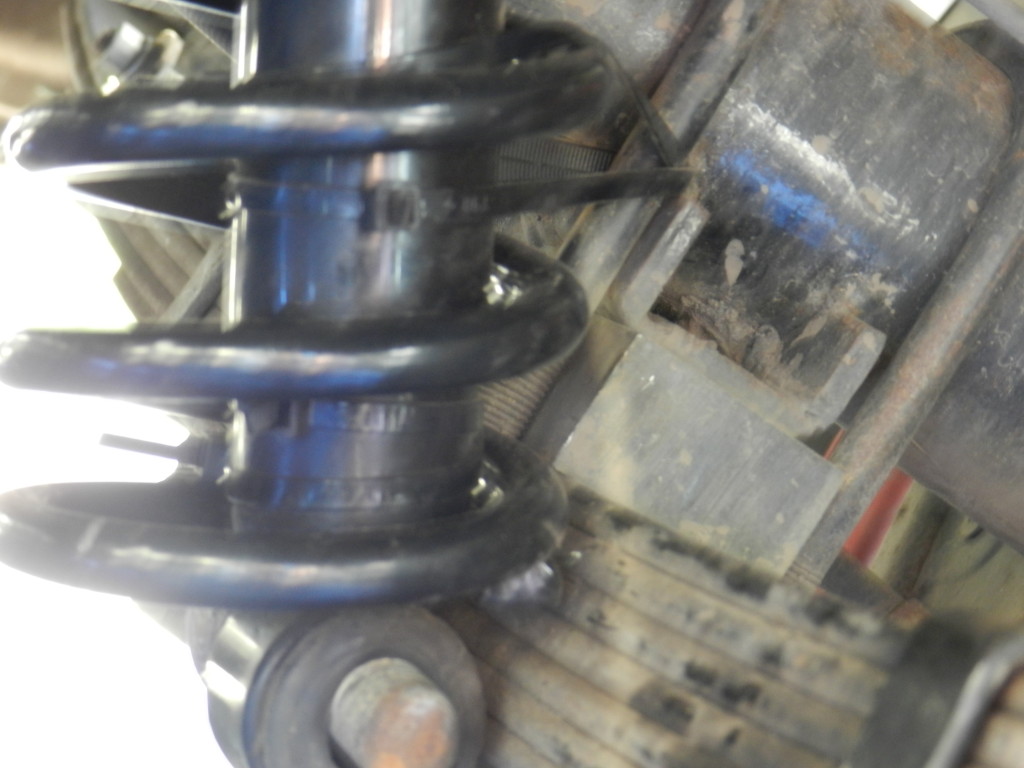 Tomorrow after a short walking tour of Omsk, we head to Ishim, about a 300 mile drive. I’m not sure if we’ll have WiFi tomorrow evening, so I may not be able to post again until we arrive in Tyumen on Sunday or Ekaterinburg on Monday.