We arrived yesterday in Tokyo and had drivers bring us to the Breezbay Hotel in Yokohama. After a nice tour of Yokohama this morning and then lunch in Chinatown, the next step was to retrieve the cars from Customs.

But there was a small snag. The cars themselves were able to clear customs with no problems, but some items that Leo and John had shipped in the cars (such as a case of bottled water) hadn’t been declared, and the customs process came to a screeching halt.

At 3:30 on a Friday afternoon, we were beginning to worry that our cars would be stuck in customs through the weekend. Even worse, Hollis, the auto import/export in Japan helping us facilitate the customs release had both Leo’s and John’s passports, and he seemed to have vanished.

Although we concluded that Yokohama wouldn’t be a bad place to be stuck for the weekend, we really wanted to get moving out on our trip, especially since we didn’t want to miss the ferry to Vladivostok — it only runs once a week.

At ten minutes to four, Hollis arrived, and after a few more phone calls and a trip to the warehouse at Yamashita Pier, we had both cars in hand. We made it back to the hotel at 5:20, just in time to meet friends for a wonderful dinner of sushi (not like anything you would get in the US). Here’s a picture of the cars right before we departed the warehouse: 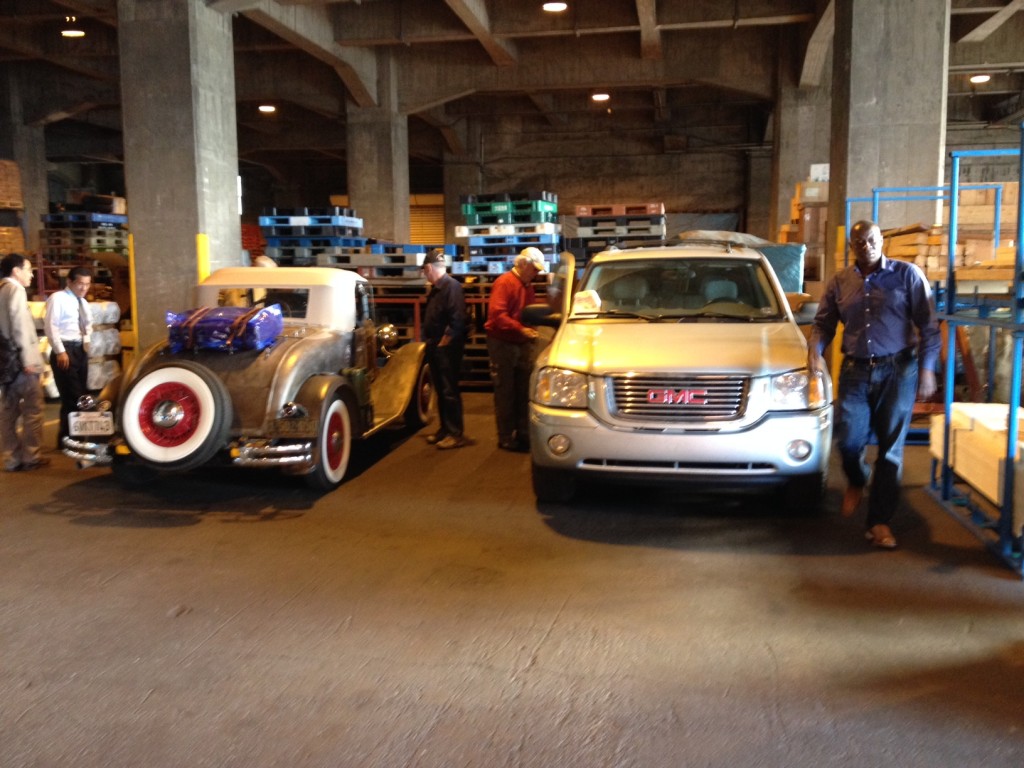 Saturday we have a press conference in the morning and then we drive to Kyoto.