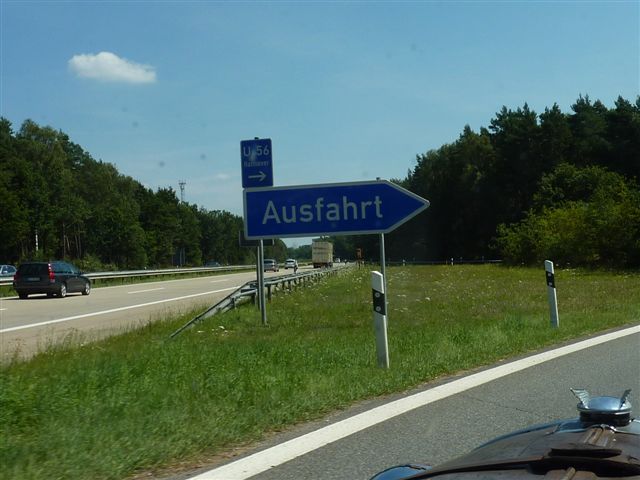 If you guessed  some type of bodily malfunction you would be…..WRONG! As you probably figured out, it’s actually an autobahn exit sign. The other side of the coin is Einfahrt which means…..you guessed it….Entrance. You can now impress your friends that you are fluent in German Autobahn!!

Since we are continuing our quest for some type of sophistication, I took a pic of the current tour group as we were leaving Amsterdam in front of a Rembrandt statue near our hotel….that quest resulted in one of the guys having his shirt stolen as the photo was taken….so much for sophistication!! 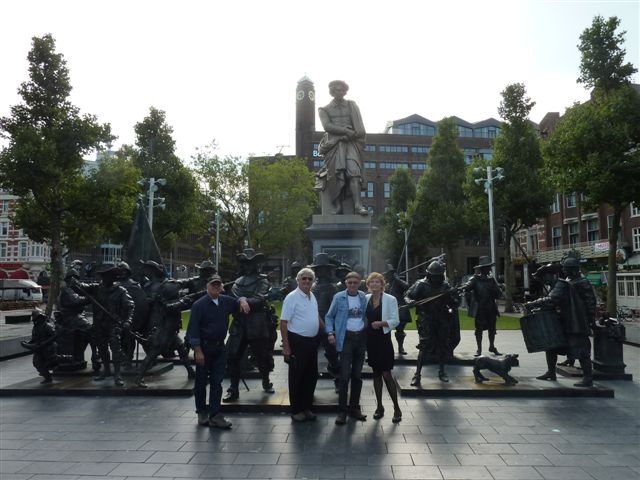 On a more serious note, the Netherlands is really a beautiful place with all the canals and drawbridges that are in most every town, both large and small 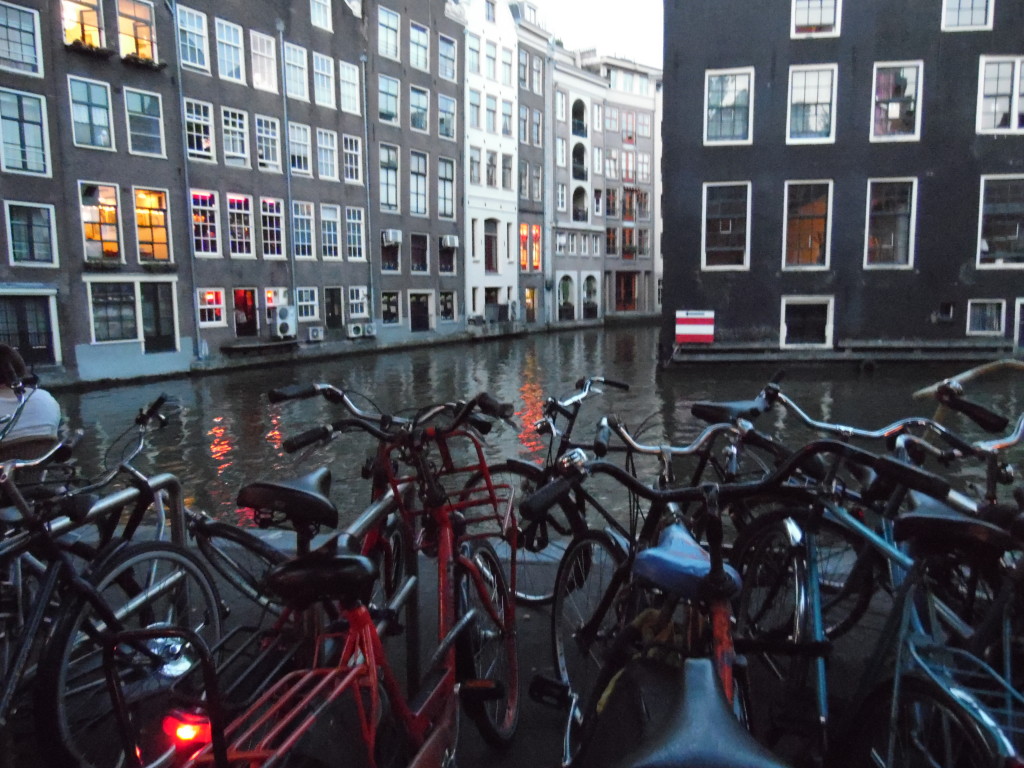 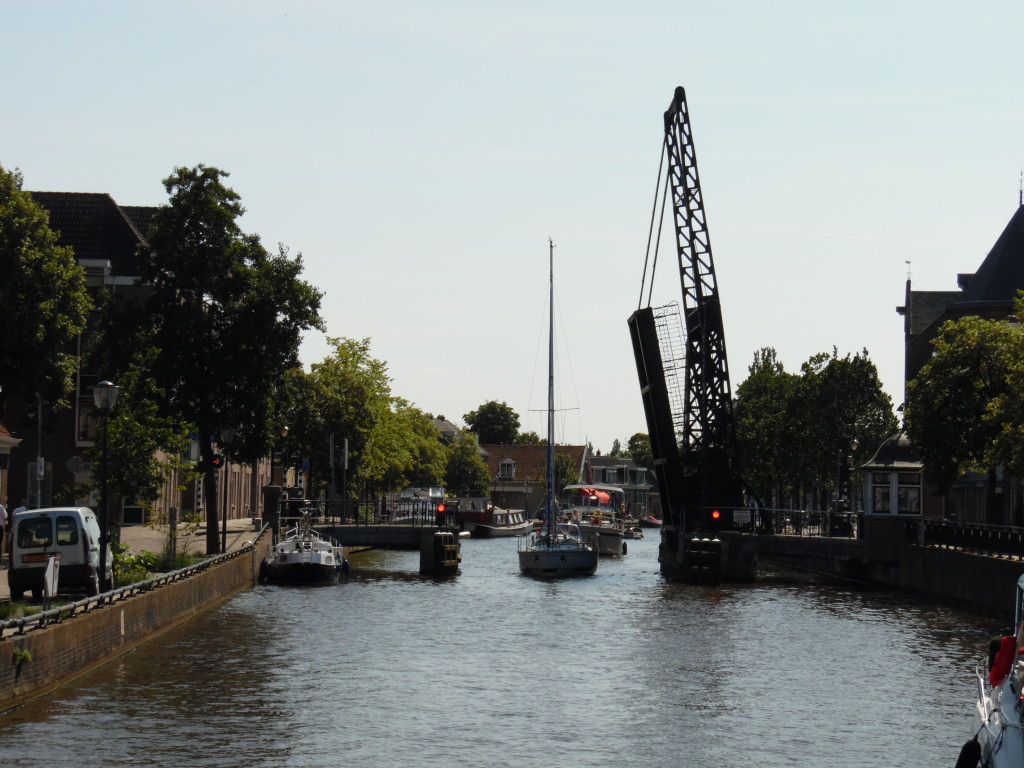 And finally, at the end of a long driving day….. 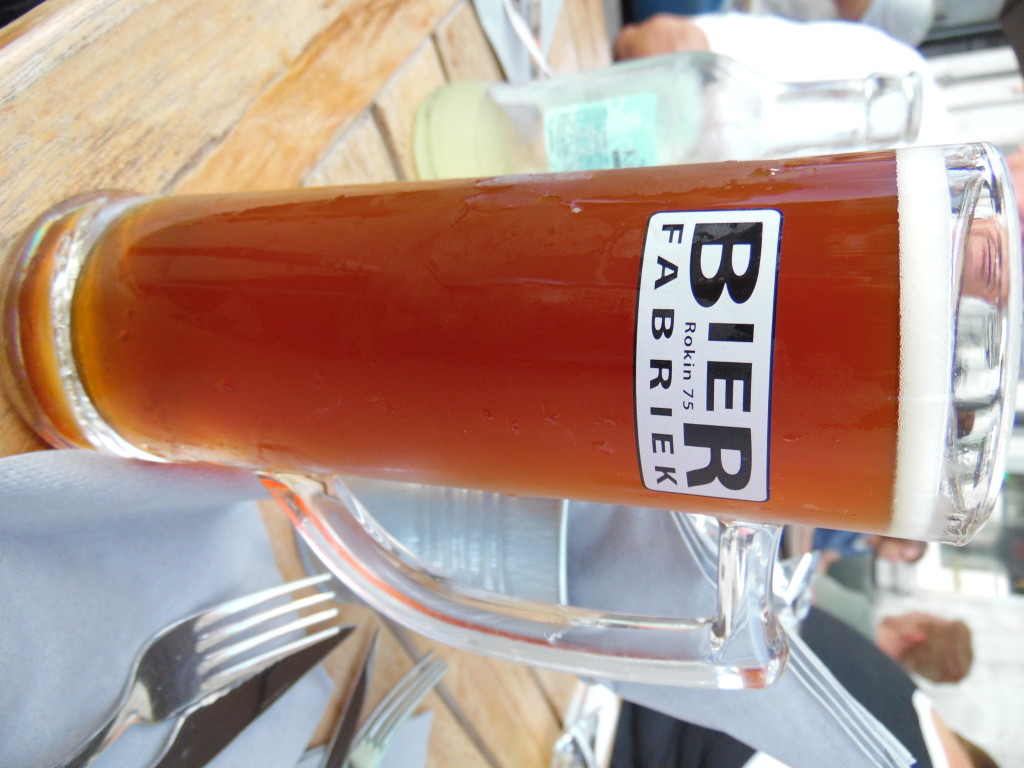 a cold one from a local brew pub….if this picture seems sideways, it means you need more beer!

Oh and the roadster, still running great though the right front tire has lost some air pressure, which could mean a slow leak…I checked for a nail, etc but found nothing. I’ll check it again tomorrow and see what happens