So in the last blog I mentioned Brugge, Belgium and Amsterdam….Brugge is a small but very impressive town, very picturesque and full of old school architecture; however, its like Disneyland on steroids…..loaded with tour busses of older travelers as well as  young tourists on there own!!  Tough to walk around, but well worth the visit….people are everywhere!!

Amsterdam….or “The Dam” as its called, is the other side of the rainbow….again, very picturesque as well as very gritty. Bicycles rule the roads in the city, with pedestrians next followed by cars. I’ve never seen so many people riding bikes in a city in my life….maybe because gas is over $8.00/gal here. If you think cars are aggressive, try dealing with a herd of bicycles heading towards you a mach speed. They don’t stop for anything….especially if you are on foot. 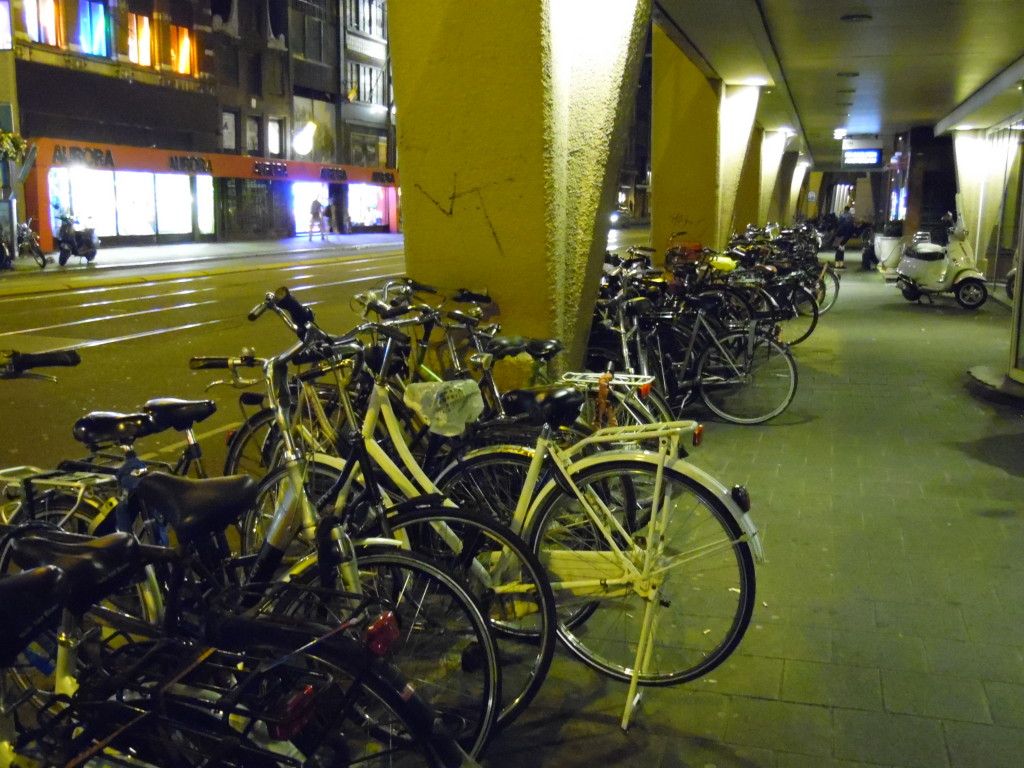 Bikes outside our hotel in Amsterdam 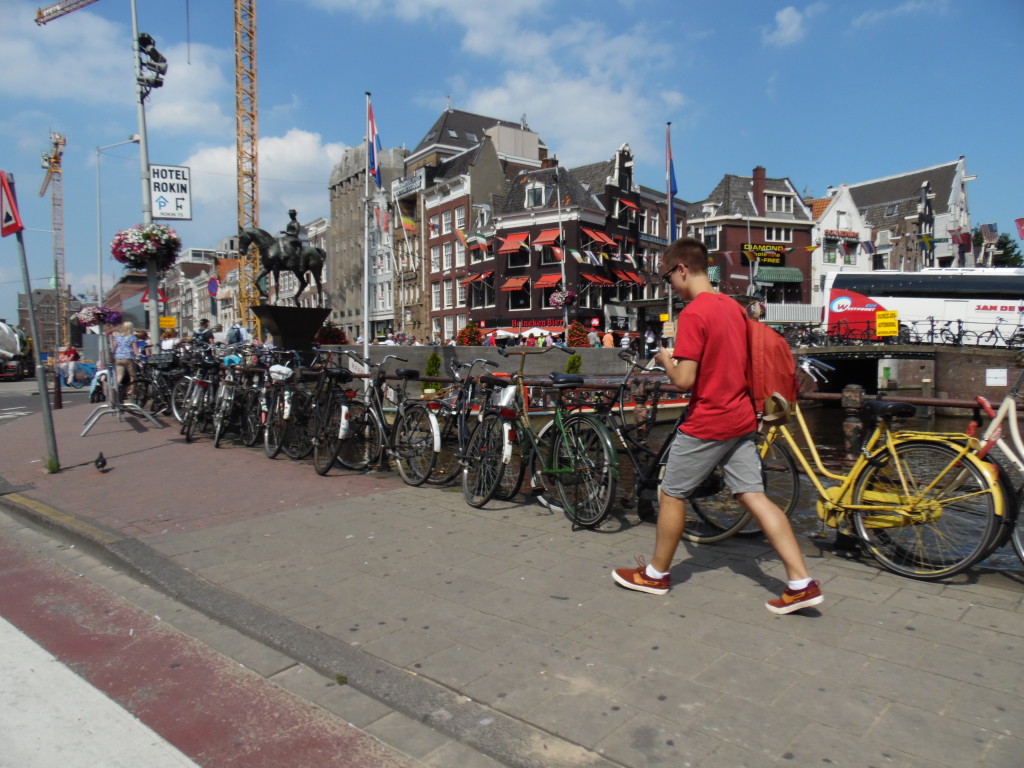 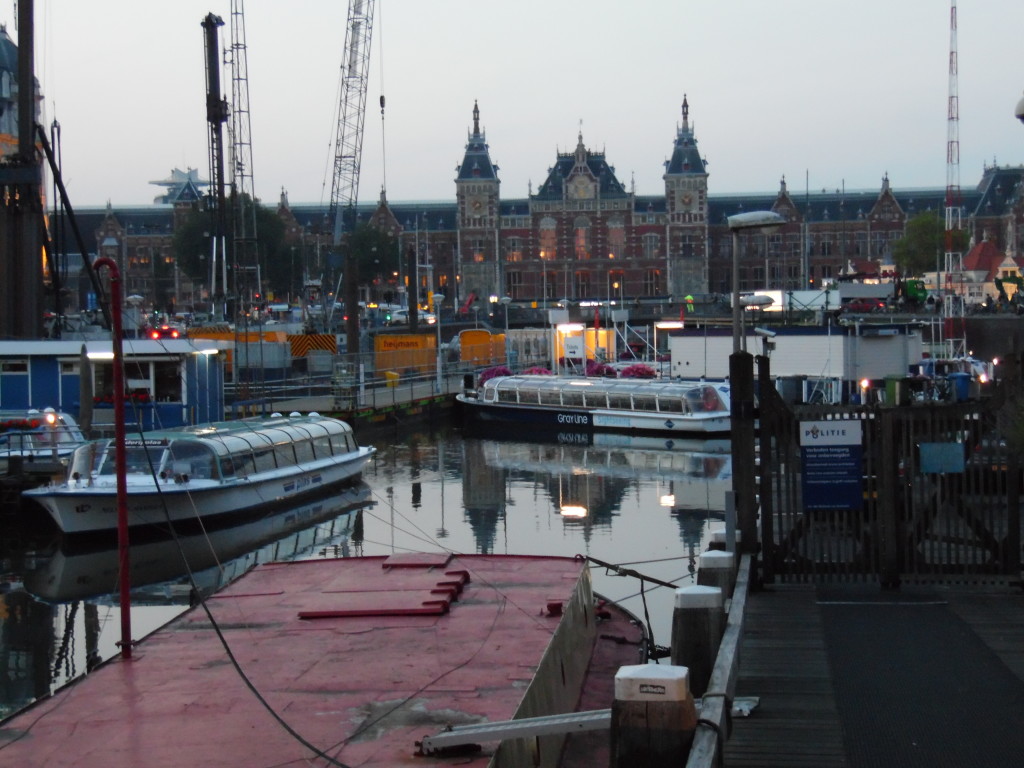 View of the train station and canal downtown

And a touch of the gritty side of the dam

We left Amsterdam this morning and traveled to Groningen NL via Sneek, NL. To date we have passed up the opportunity to visit the “French Fry” Museum, the “Herring Museum”, and the “Lace Museum” to name a few, so we couldn’t say no to the Sandcastle Museum in Sneek…..as you can see from other posts, we live on culture so this stop was a must.
The theme was “Hollywood”…..a couple examples below….still not sure what they do when it rains. 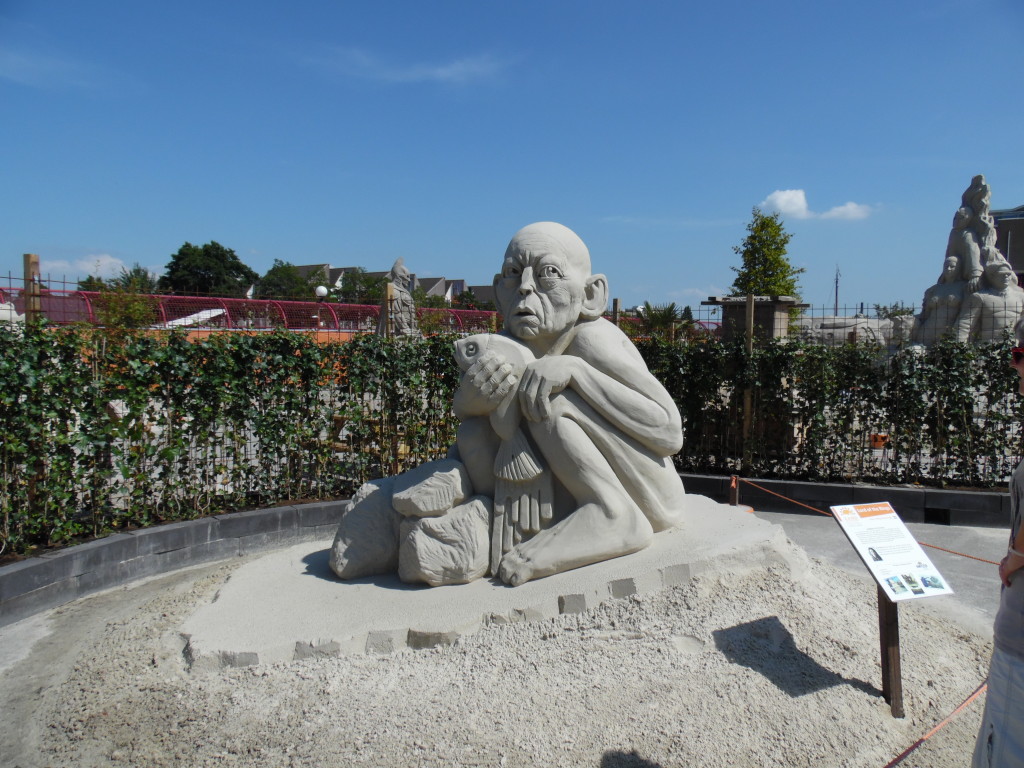 The Ring my precious….

It was actually pretty cool all the detail the sculptures contained, each done by a different artist.

On another note, the Roadster is running great…no problems at all since the Russian shock absorber issues. I love European roads!!!